How Long Is A Horse Race? 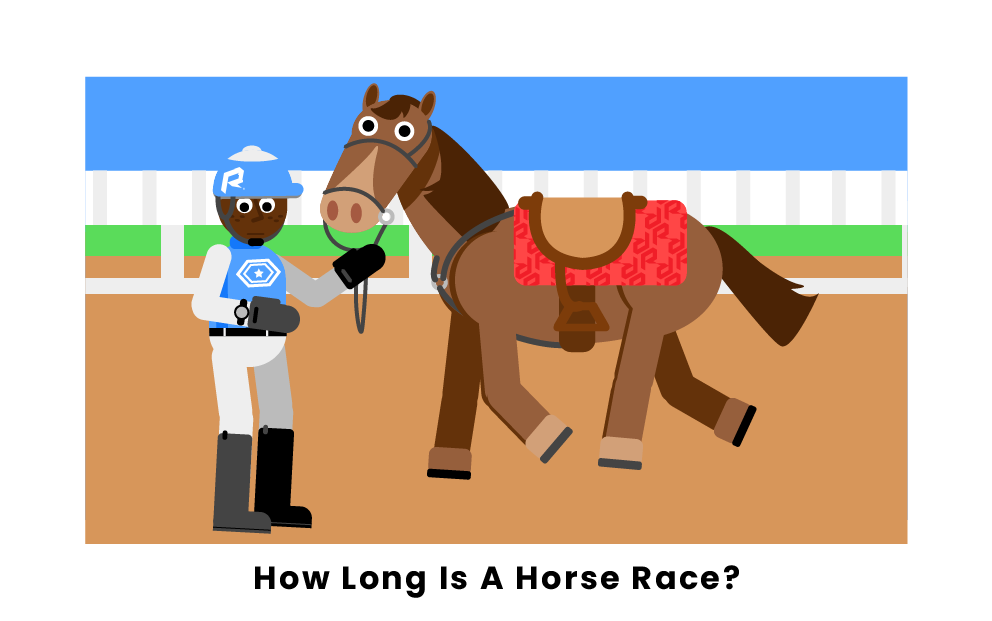 Horse racing is one of the oldest and most popular racing sports in the world, but how long is a horse race? As it turns out, the answer to this question depends upon a variety of factors. Most horse races take place on racing tracks, but the distances run by the horses, and thus, the time the race will take, often varies based upon the age of the horses, the type of track, and various other factors. Below, we consider the various types of horse races and how long they are. 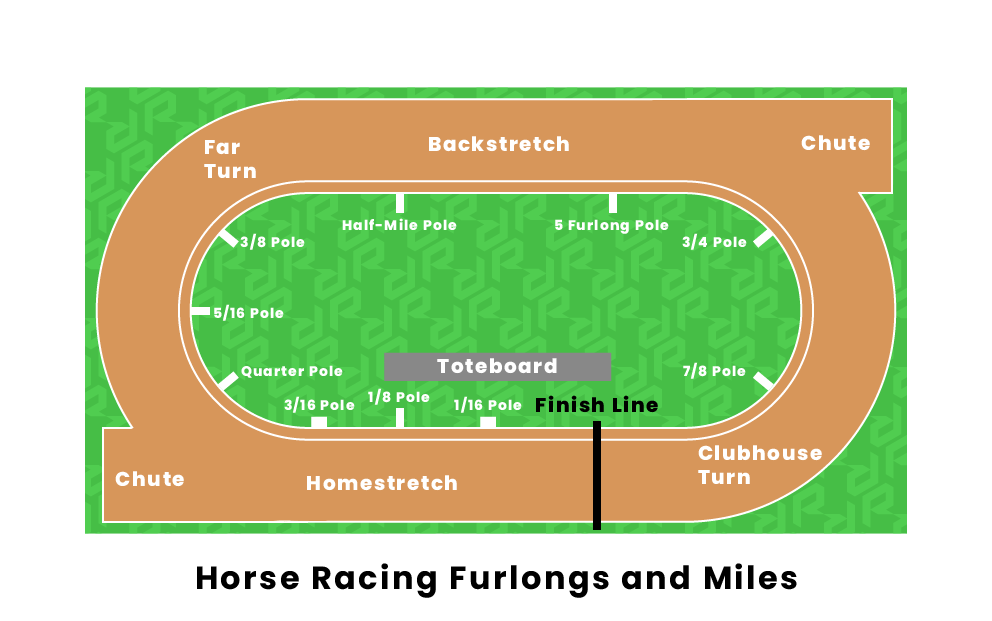 Before discussing the different types of horse races, it is important to know the terminology used to measure the length of a horse race. The standard measurement for horse racing is the furlong, a measure of distance in Imperial Units (a measurement system used in the United Kingdom) and in United States Customary Units. A furlong is equal to 201 meters in distance, which also translates to 220 yards, 660 feet, or one-eighth of a mile. Shorter-distance horse races are typically measured in furlongs, but over-mile-long races can either be measured solely in miles or in a combination of miles and furlongs.

There are various types of events in modern horse racing, each of which has a different length. The vast majority of horse races cover distances between five furlongs and two miles, but many can be longer.

A five-furlong race, which is equivalent to five-eighths of a mile, is the standard race for juvenile horses. These races are typically very short, as young horses can often run a five-furlong distance in less than a minute. A well-known five-furlong race is the Group 1 Nunthorpe Stakes in Great Britain, which takes place every August at York’s Ebor Festival.

Six-furlong races are considered the classic sprint distance in horse racing and are often competed in by adolescent horses and older horses who have mastered longer races and drop back to shorter lengths. Notable six-furlong races in the UK include the July Cup, the Diamond Jubilee, and the British Champions Sprint.

Seven furlongs is considered an intermediate race distance, perfect for horses who are slightly above speed at six furlongs but not quite ready to last for a mile-long race. The Dewhurst Stakes, one of the premier races for two-year-old horses in England, is a seven-furlong race.

The first classic distance length for mature, three-year-old racehorses is the one-mile race, and these races are common. Coming after the one-mile race is the one-and-a-quarter-mile race, which is popular in the United States as the length of the Kentucky Derby, the first race in the American Triple Crown Series. The second Triple Crown Race, the Preakness Stakes, comes in at a slightly shorter distance of one and 3/16 of a mile.

Longer horse races often start at a distance of one-and-a-half miles. At these distances, races rely less upon the speed of a horse and more upon stamina. In America, the best-known mile-and-a-half race is the Belmont Stakes, the final leg of the American Triple Crown. Other, longer races, such as the mile-and-three-quarters race, or even the two-mile race, are known to exist but are less common.

It is difficult to measure exactly how long a horse race will be completed in because the very point of a race is to judge the speed of horses, and depending upon the competitors who are racing, the event may take various times. However, one standard measurement to guide expectations for the length of a race is by assuming a 12-second average for each furlong. 12 seconds per furlong is considered “good time” for most mature racehorses, regardless of the conditions of the racing surface. With this consideration, the average lengths in time of various horse races could be assumed as follows:

How many laps are in a horse race?

The number of laps in a horse race depends upon the length of the race track being used to run the race itself. Many horse races will have either no laps or only one lap, as horse races are commonly held on tracks that are the exact length of the race in question. For example, a one-mile race is often held on a one-mile track. For shorter races held on a long track, there may be no laps or less than half a lap. For long races held on a shorter track, there may be multiple laps.

How long is a normal horse race track?

How long does a day of horse racing last?

A day of horse racing typically lasts many hours. Typically, Thoroughbred horses race in the afternoon hours, with the first race beginning around 2:00 PM. Thereafter, races usually run every half-hour, and a full day of horse racing often consists of anywhere from eight to 12 races in the entire day, meaning that the entire day can last until 8:00 or 9:00 PM, or even later. Some Thoroughbreds also compete at night, meaning that certain horse racing events can last until 10:00 or 11:00 PM.

Pages Related to How Long Is A Horse Race?