Where Is Handball Most Popular? 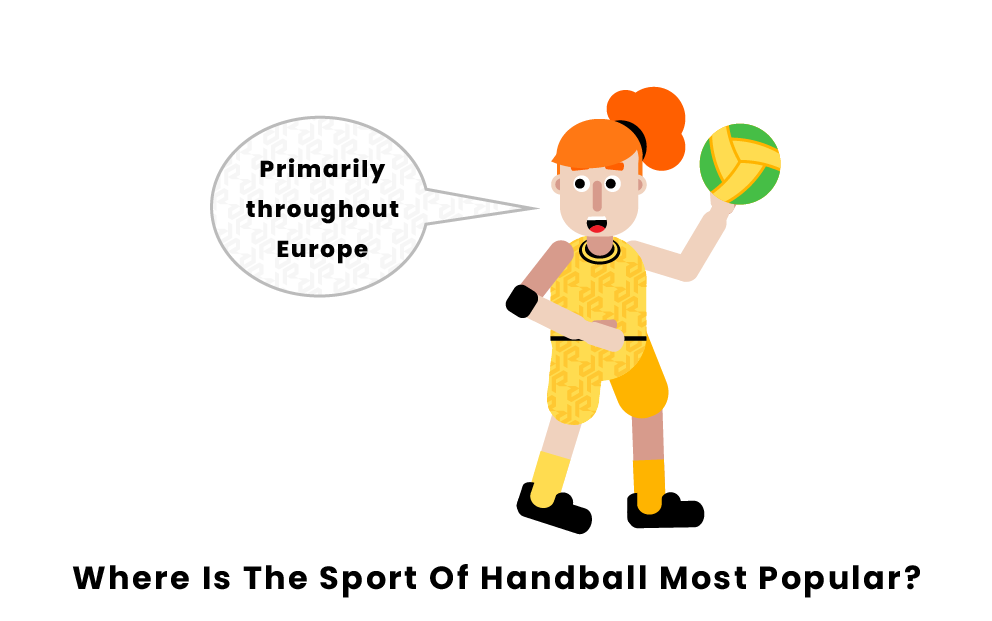 Though it began as a local pastime, handball is now played and watched around the world. It is an athletic, fast-paced team sport that can be played both indoors and outdoors. Have you ever wondered where handball is most popular? Keep reading to find out!

Where Is Handball Played and Watched Most?

Countries Where Handball is Most Popular

Below is a list of countries where handball is popular, ranked in order of the sport’s popularity:

The Origins of Handball

Handball originated in the late 19th century in Germany and Scandinavia. The International Amateur Handball Federation (IAHF) was created in 1928. It was first played in a field version at the Berlin Summer Olympics in 1936, though the sport was removed from the program until indoor handball was introduced at the 1972 Olympic Games in Munich. Women’s handball was added for the following edition, the 1976 Olympic Games in Montreal. The first Handball World Championship was played in Germany in 1938. The International Handball Foundation was set up in 1946 in Basel, Switzerland.

France, Germany, Norway, Russia, and Denmark tend to dominate the game of Handball in both men’s and women’s events. The only national team from outside of Europe to medal in men’s handball is the Republic of Korea, which won the silver medal at the 1988 Olympics in Seoul. The Republic of Korea has also been successful in the women’s game, with six total medals, including a gold medal finish at both the 1988 Seoul Games and the 1992 Barcelona Games. Handball has also remained popular in eastern European countries such as Poland and the former nations that once comprised Yugoslavia.

Handball has begun to see relatively successful teams come out of Brazil, Argentina, Chile, Uruguay, and Paraguay. USA Team Handball is also working to grow handball in the United States. The United Kingdom has recently seen a push to increase the popularity of Handball, with more clubs being founded each year.

Which countries have handball as their national sport?

Pages Related to Where Is Handball Most Popular?