What are the rules of handball? 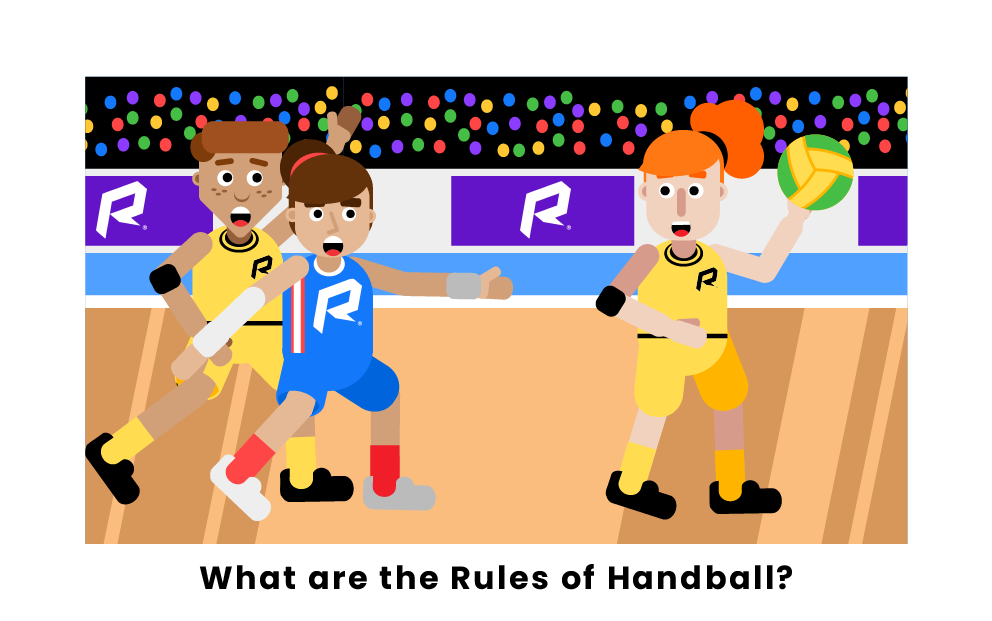 Handball is a game that was created during the medieval times, but the official rules as we know them today were announced in 1906. This is a popular game in European countries, but it is played all around the world. Handball is typically played on an indoor court, but is sometimes altered to be played in outdoor settings. The objective of handball is to score more points than your opponent.

There are many basic rules in the game of handball. A handball game lasts for 60 minutes during regulation play, and can be played up to 70 minutes with overtime periods. The game is split into two periods of 30 minutes, each being further divided into 15 minute intervals.

Each team consists of 7 players on the court. There is 1 goalie and 6 outfielders. The outfielders are allowed to touch the ball with any part of their body that is above the knee. This is because actions such as kicking the ball are not allowed in the game.

When a player gets possession, they can hold onto the ball, pass it, or shoot it. When a player decides to hold possession of the ball, they are allowed to dribble the ball or take three steps without dribbling for no more than 3 seconds.

There are 7 players for each team on the court at all times during play. There can be a maximum of 7 substitutions during the game. These substitutions occur on a continuous basis and there is no need to notify the referee or stop play before the substitution is made.

A goal is scored in handball when a player throws the ball into their opponent's net. To win the overall game, a team must score more goals than the opposing team. Players must shoot the ball from outside of the 6m goal box.

There are a few common penalties in the game of handball. Two penalties that can occur with the possession of the ball are walking and double dribbling. Walking occurs when a player takes more than three steps without dribbling the ball, or when they hold the ball for more than three seconds without dribbling, passing, or shooting the ball. Double dribbling is when a player dribbles the ball, holds the ball, and then dribbles the ball again. Both of these actions result in loss of ball possession.

Kicking is not allowed in handball. Only the goalie may kick the ball, and if any other players kick the ball, the other team will receive possession.

There are two types of throws that can be warranted as a result of a penalty. Free-throws are given when a player commits a slight infraction of the rules. The opposing team will be given a free-throw and the team that committed the action will need to stand 3m away from the throwing player. Penalty throws are granted to the opposing team when a player infringes on a clear scoring opportunity in an illegal way.

Handball also has sanctions that can be distributed for more serious infractions. Depending on the severity of the action, a referee can give out a warning yellow card, a suspension of 2 minutes, or a dismissal red card.

What is a free-throw in handball?

A free-throw is an action granted to a team when the opposing team commits a minor foul or rule infraction. Free-throws occur in the exact spot of where the infringement took place. If a foul occurs between the 6 meter goal line and the 9 meter line, the throw will be taken from the closest spot outside of the 9 meter line. The player that is throwing the ball needs to keep at least one foot on the ground, and they must pass or shoot the ball as their throw.

How can you get a 2 minute suspension in handball?

A 2 minute suspension occurs for a few different reasons. They can be given for any serious rule violation, an illegal substitution, or any form of unsportsmanlike conduct. Once a player receives this penalty, they must sit out of the game for 2 minutes before being allowed to return to play.The suspension does not require a warning yellow card to be given first.

What are the rules for the 6 meter goal area?

The 6 meter goal line indicates where players can and cannot shoot the ball from. Players must shoot the ball from outside of this line for a goal to count. If players shoot from within the goal area, they will receive a penalty and the other team will gain possession of the ball. The goalie stays within this box, and if they move outside of the line, they cannot retain possession of the ball.

Can players kick the ball in handball?

Pages Related to What are the rules of handball?