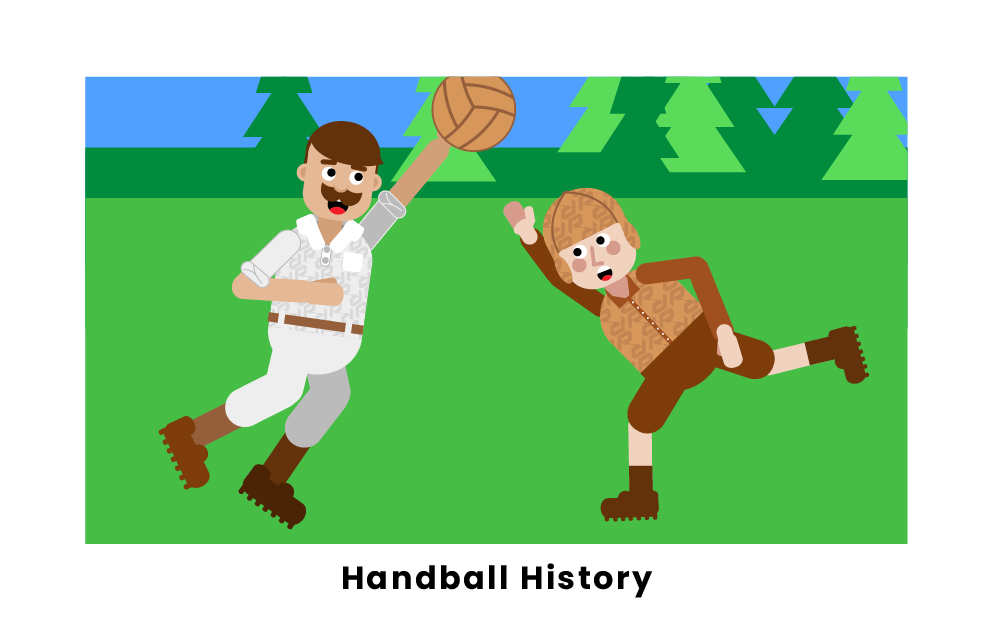 Handball is a popular team sport featured in the Summer Olympics. However, it hasn't always been so prominent and internationally recognizable. Read on to learn about the history of handball, and how it went from a new sport to a highlight of the Olympics.

What are the basic rules of Handball?

Handball is a sport played between two teams, where the objective is to score more goals than the opposing team. Matches are typically composed of two 30-minute halves. Each team has seven players, one of which is the goalie. A goal is scored when a team throws the ball into the opposing team's net.

There are many rules about what a player can and can not do. For example, players may not touch the ball with their knees, legs, or feet. There is also a designated area surrounding the goal, which only the goalkeeper may stand in. A player who has possession of the ball must either dribble the ball, or possess it for less than three seconds. If a player holds onto the ball for longer than three seconds without passing, shooting, dribbling, a traveling foul will occur. As a result, the other team gets possession.

Handball has origins from many different countries. By the late 19th century, handball was being played in Germany, Scandinavia, Czech Republic, and Ukraine. The first evidence of handball goes back to long before, however. The women of the Roman Empire played a game similar to handball, which they called expulsim ludere. There were other handball-like games played in Medieval France.

No one man or woman invented handball or made it an official sport. However, a few people are credited with writing the rules of handball that are still officially used today. These three people are Max Heiser, Karl Schelenz, and Erich Konigh. While the rules have been tweaked over the years, the set of rules created by these three men in 1917 are considered to be the birth of handball. This was also the year that the first official handball game was played, making these three the most likely inventors of modern handball.

When was Handball Established?

When did Handball Become Popular?

Adding handball to the Olympics helped promote the sport and make it much more popular. In 1972, when indoor handball became a part of the Summer Olympics, handball became quite popular in Eastern Europe.

The IHF also organizes junior championships, which helps younger players get involved. This was important for growing the sport across all audiences. By 2009, there were 795,000 teams across the globe, and more than 19 million players.

Most Popular Countries that play Handball

When was handball invented?

The first time handball-like games were played was during the medieval ages in France, however the sport Olympic viewers know today came to be during the late 19th century. The development of modern handball took place over the course of many years, with the modern rules seen on TV largely invented in 1917.

Where did team handball originate?

The earliest modern handball games were most commonly played in Germany and Scandinavia. However, other countries like Austria and Sweden also played a major role in the origination of modern handball.

What were the first two countries to play a modern handball game?

Pages Related to History Of Handball