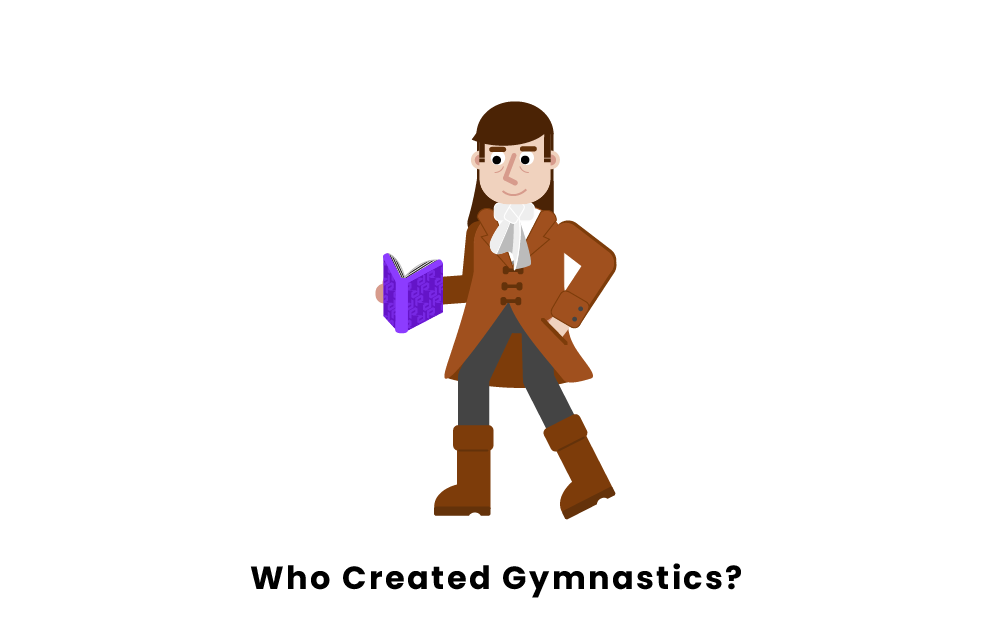 Johann Christoph Friedrich GutsMuths, a German educator, published what people believe was the first written guide to gymnastics in 1793. He titled the guide Gymnastic for Youth, and it featured two versions of gymnastics. One version of gymnastics focused on physical strength and health, while the second version focused on the artistic aspect of skills.

The first examples of people practicing gymnastics in human history are tied to ancient Greece. Greeks participated in tumbling, weight lifting, and other exercises intended to improve their physical and mental health. Later in history, Roman soldiers also practiced forms of gymnastics to improve their athleticism. Pieces of art found in various regions of the world, including Crete and Egypt, portray people practicing forms of vaulting and tumbling.

The popularity of gymnastics declined between the 6th and 10th centuries, then began to rise again during the Enlightenment in Europe during the 17th and 18th centuries. Many people viewed gymnastics as a way to demonstrate your patriotism for your home country. Even during this time period, gymnastics was primarily utilized for physical education and training soldiers.

First Gymnastics Clubs in the U.S.

European immigrants first introduced the sport of gymnastics to people in the United States in the mid-19th century. The rise of popularity in gymnastics and the establishment of gymnastics clubs was inspired by Friedrich Ludwig Jahn’s Turnverein movement, and Soko, another gymnastics movement in Prague. An American doctor, Dudley Alen Sargent, invented additional apparatuses for the sport during this time and coached at various colleges. The United States Gymnastics Federation, now known as USA Gymnastics, was founded in 1963.

The International Gymnastics Federation was founded in 1881. In fact, it is the oldest governing organization of an Olympic sport. The organization oversees eight disciplines of gymnastics and has 156 national federations as members. The IGF hosted the first gymnastics World Championships in 1903. The first World Championships in which both females and males competed was held in 1934.

Introduction of Gymnastics into the Olympics

How did gymnastics get its name?

The word “gymnastics” stems from the Greek language, as gymnastics was first practiced in Ancient Greece. Gymnastics is based on the Greek word gymnos, which carries meanings of “naked” and “training”. Gymnos was used to represent gymnastics since young Greek men frequently trained, exercised, and competed in little to no clothing.

Where was gymnastics first invented?

Gymnastics was first invented in Ancient Greece. In early history, gymnastics consisted of tumbling, weight lifting, and other various exercises that were used by the Greeks to build their physical and mental health. However, Johann GutsMuth invented the modern version of gymnastics in 1793, when he wrote his guide titled Gymnastic for Youth. It featured the rules, techniques, and equipment that would be used in the sport, as well as two separate gymnastics disciplines. After GutsMuth, Friedrich Jahn continued to develop the sport.

Why was gymnastics first invented?

In Ancient Greece, gymnastics was invented in order to make Greek soldiers stronger, both physically and mentally. When Johann GutsMuth wrote Gymnastic for Youth in 1793, he wanted to develop exercises for young men. During this time period, gymnastics was seen as an avenue for people to improve their physical well-being and as a way to demonstrate one’s patriotism for their home country.

Pages Related to Who Created Gymnastics?