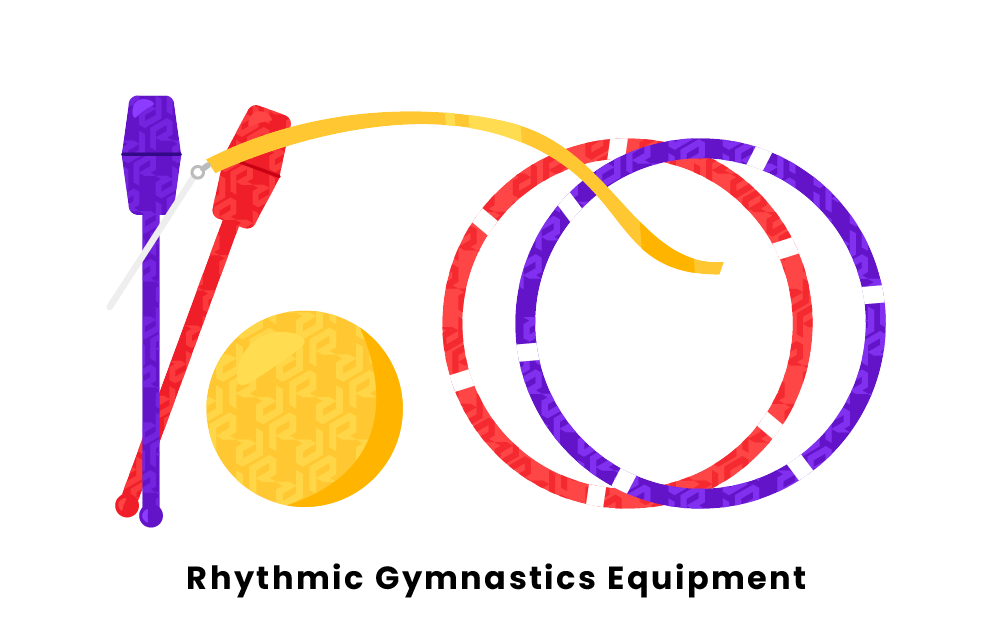 Rhythmic gymnastics is a specific type of gymnastics that emphasizes dance-like routines, aided by the use of some sort of apparatus. This apparatus can be a variety of items, including a hoop, ball, ribbon, club, or rope. Using these items, the contestants perform some sort of routine on a mat in front of judges, who score them based on execution and difficulty of the movement.. Rhythmic gymnastics competitions can take place individually or in teams, however, only one person or team will be on the mat at once. 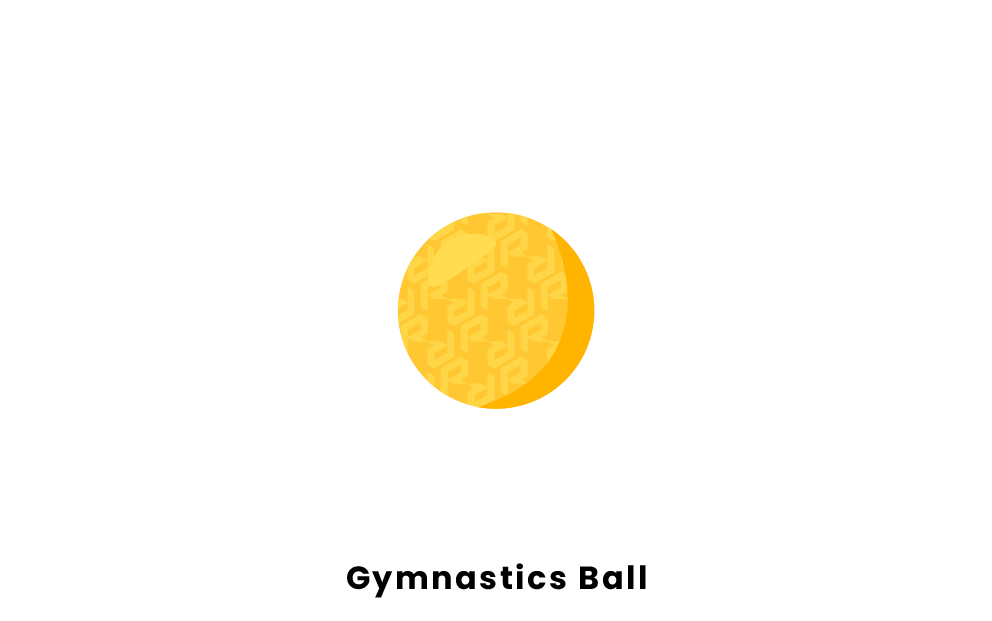 Another common piece of equipment is a ball. In rhythmic gymnastics, balls are made of rubber or synthetic plastic material and are often implemented in routines in an attempt to demonstrate balance and flow of one’s body. For example, a competitor may roll the ball from one side of his or her body to the other, while simultaneously doing another dance movement. 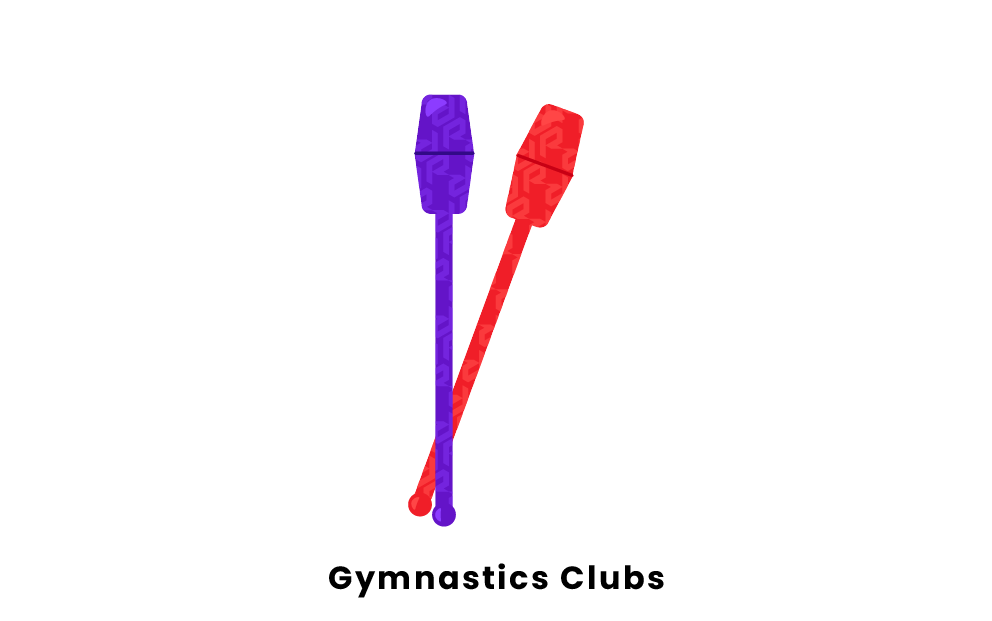 Clubs are another common piece of rhythmic gymnastics equipment. Clubs are built by wrapping a thin layer of plastic or another similar material around an insulated thin rod. These usually weigh around 5 ounces and are about 18-22 inches in length. In competition, clubs are juggled, thrown, tossed, or rolled to and from a variety of body parts, including hands, feet, legs, back, etc. 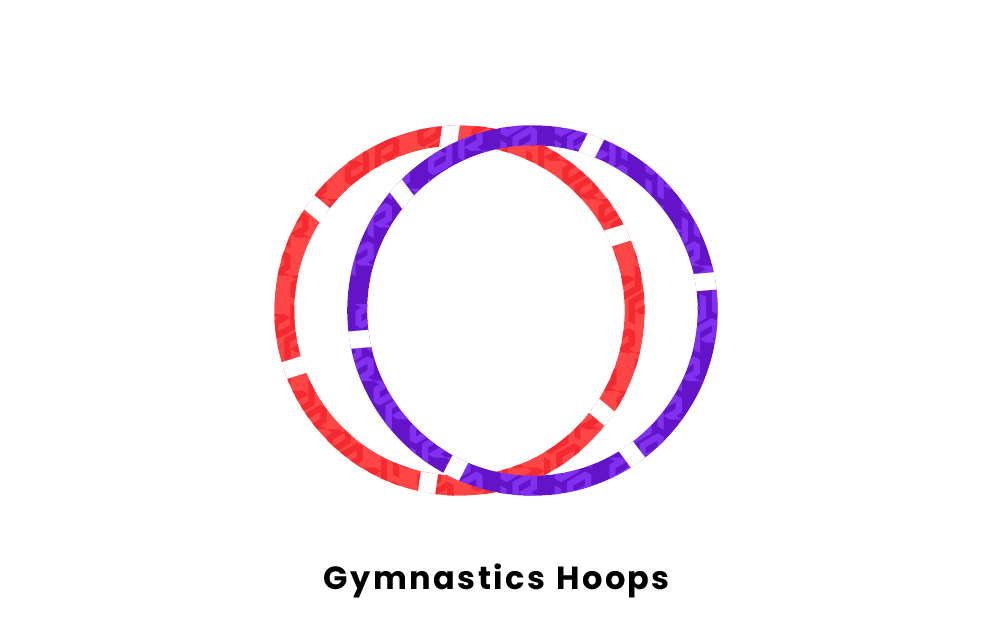 A Hoop is used in rhythmic gymnastics for a variety of reasons. Most commonly, competitors will spin or twirl the hoop around their arms, hands, legs, or neck, possibly even throwing it from one member to another during team routines. Hoops can also be used in conjunction with various gymnastics movements such as splits and handstands in order to increase the difficulty. 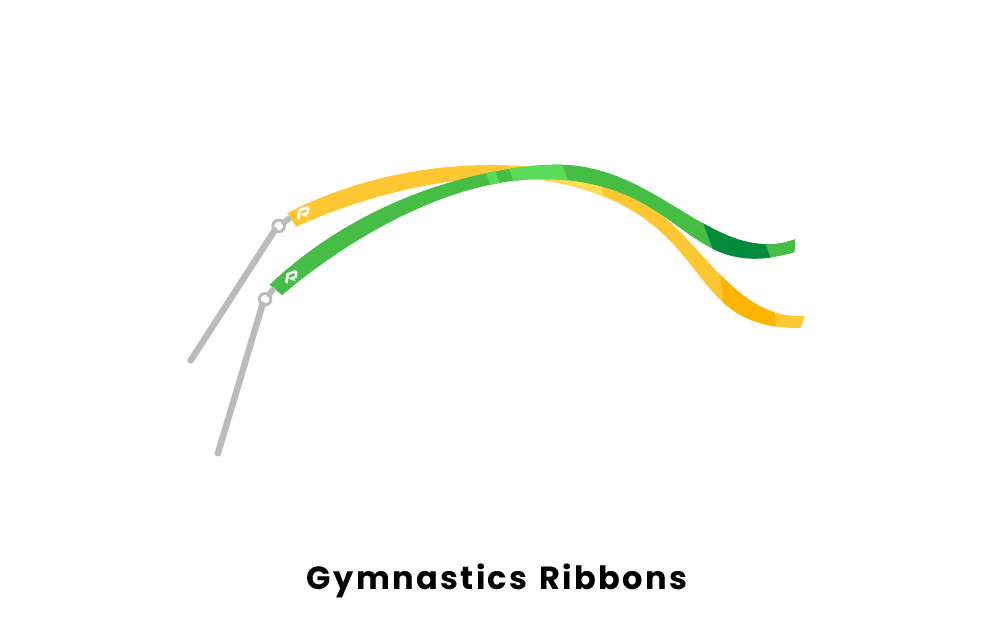 Ribbons are also used in rhythmic gymnastics. The ribbon, made of cloth or a similar fabric, is usually about  4-6 meters in length, while the stick attached to the ribbon is usually about 1 meter long. It is important to carefully pick which gymnastics movements are useful to subordinate with a ribbon to maximize the players score. 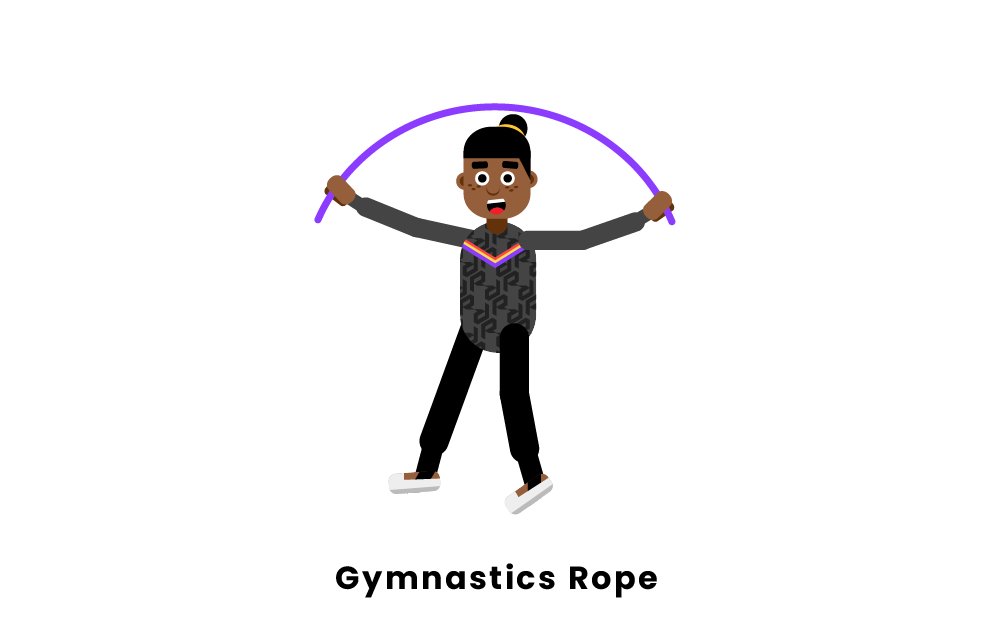 Rope is also used in rhythmic gymnastics, usually made of light synthetic material. Rope is used frequently in concurrence with a rapidly paced gymnastics routine consisting of running and jumping. Specifically, the gymnast usually twirls or jumps over the rope while doing this routine in order to add an extra layer of difficulty, while adding an element of smoothness and clarity.

Rhythmic gymnastics equipment is unique because it is used in addition to normal gymnastics movements. By themselves, the individual acts of throwing a ball or twirling a rope may not seem so impressive; however, when you add these pieces of equipment into an already complex gymnastics routine, it makes it that much more impressive and unique.

What is the most important rhythmic gymnastics equipment to buy?

All the pieces of equipment listed above are not needed to perform a single rhythmic gymnastics routine, as most times a competitor will only use one at a time; however, if you wish to gain a complete skill set in this sport, you will need all five pieces of equipment-hoop, ball, ribbon, club, and rope.