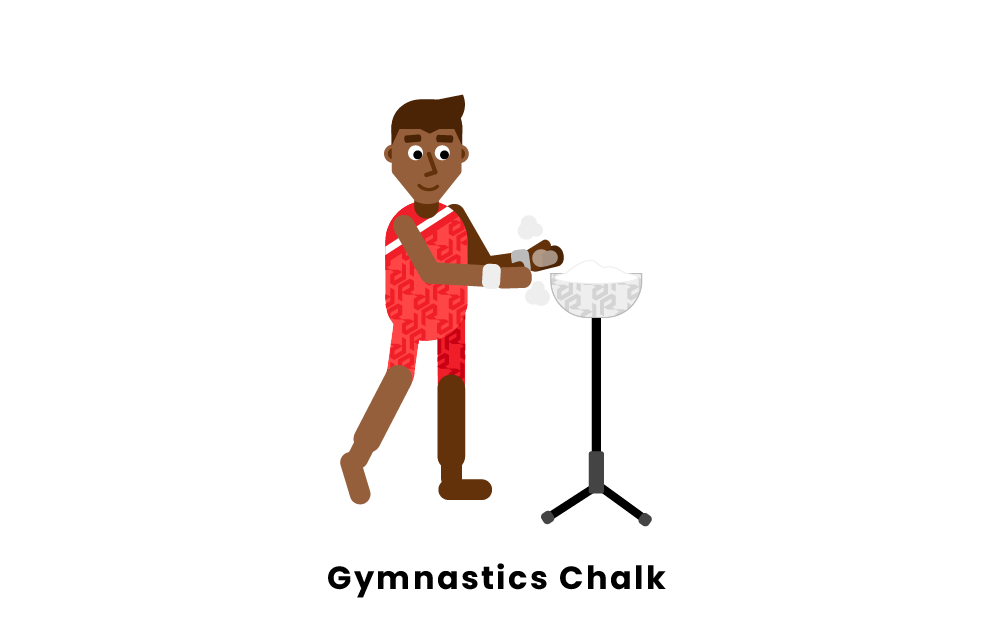 If you’ve ever watched gymnastics, you may have noticed that the gymnasts will often have white chalk on their hands and feet. This chalk is used by gymnasts to improve their grip and help them perform better during competition! Let’s learn all about chalk and its use in the sport of gymnastics. 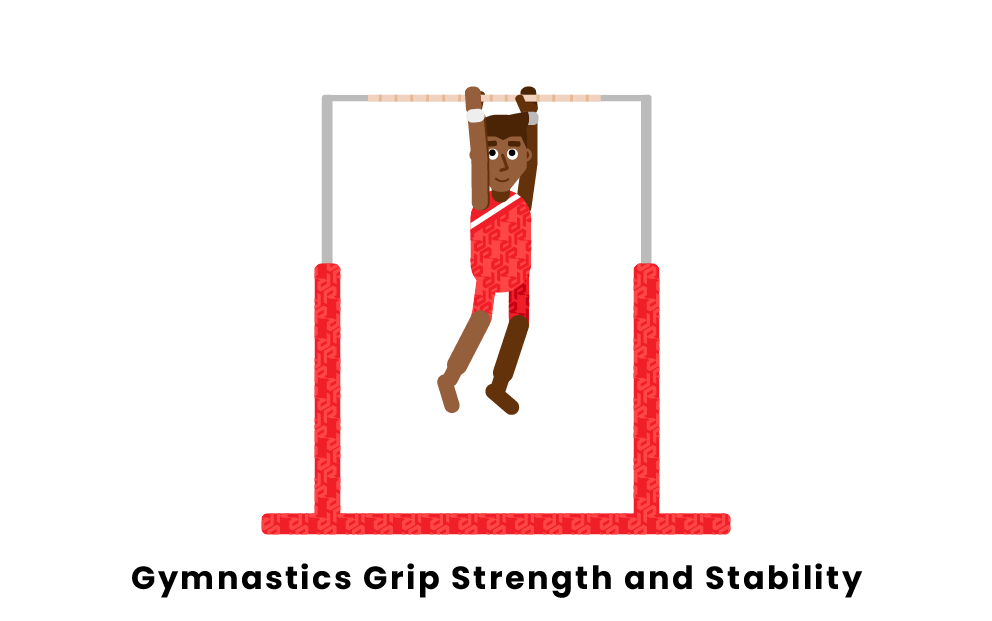 In gymnastics, there are several apparatuses that require grip strength and stability. Gymnasts will use chalk to help them with this. On events such as bars, rings, and pommel horse, athletes will put chalk on their hands to prevent slipping. If their hands get sweating during a routine, that can lead to a fall or a mistake. Similarly, gymnasts will add chalk to their feet on events such as vault, floor, or beam to make sure they don’t slip during routines.

During competitions, chalk bowls will be set up at each apparatus and the gymnast will have time before competing to “chalk up.” They will often reapply chalk several times during warm ups to make sure that everything goes smoothly.

You will also see gymnasts add chalk to their grips. These are pieces of equipment that go on the hands during bar and ring routines. These grips give athletes a stronger grip on the apparatus and ensure that they don’t rip their skin during a routine. Grips will often be coated in chalk just from use, and athletes will re-chalk them before routines. Some gymnasts will also use a mixture of chalk and honey, which helps with even more grip. You will see this exclusively on the men’s parallel bars because the gymnasts do not use grips and need the extra level of protection.

There are several different types of chalk that gymnasts can use during competition. It is ultimately up to the gymnast’s preference on what works best for them! The types of chalk include:

There are a couple rules that dictate what athletes can and cannot do with chalk during a competition. These rules exist in order to keep the playing field level and ensure the safety of all gymnasts. The rules are:

What is gymnastics chalk made of?

The chalk used by gymnasts is most often made from magnesium carbonate, a white material that does not dissolve in water. This type of chalk, also used by weightlifters, keeps their hands dry and ready to perform their acrobatic tricks. Gymnasts cannot use typical sidewalk chalk, which is made of calcium carbonate, because their sweat would cause it to come right off!

Why do gymnasts use chalk when competing?

Gymnasts utilize chalk on their hands, feet, or thighs when competing to keep these areas dry. If a gymnast is trying to compete in the pommel horse competition, they cannot have slippery and sweaty hands or they won’t be able to grip the pommel horse and perform their routine. The chalk on their feet may prevent slipping in floor or beam events, and chalk on the thighs is mainly used for uneven bar routines.

Can gymnasts put chalk on the apparatuses?

No, gymnasts are not allowed to chalk up the apparatus they are going to be competing on. They are allowed to dust their hands, feet, and legs with chalk before competing, but they cannot apply the chalk directly to the apparatus. Though a gym may provide gymnasts with chalk, they can only use it on themselves.

Why do gymnasts mix chalk with honey?

Some gymnasts do not think that chalk provides enough of a solid grip on their hands, so they mix in honey to make the solution a bit stickier and thicker. It allows them to grip the apparatuses more firmly, without just the dry feeling of the chalk on their hands. While honey is the most common additive, some gymnasts also use syrup, soda, and melted gummy bears. This trick is mostly used by men competing on the parallel bars, but anyone can try it out!