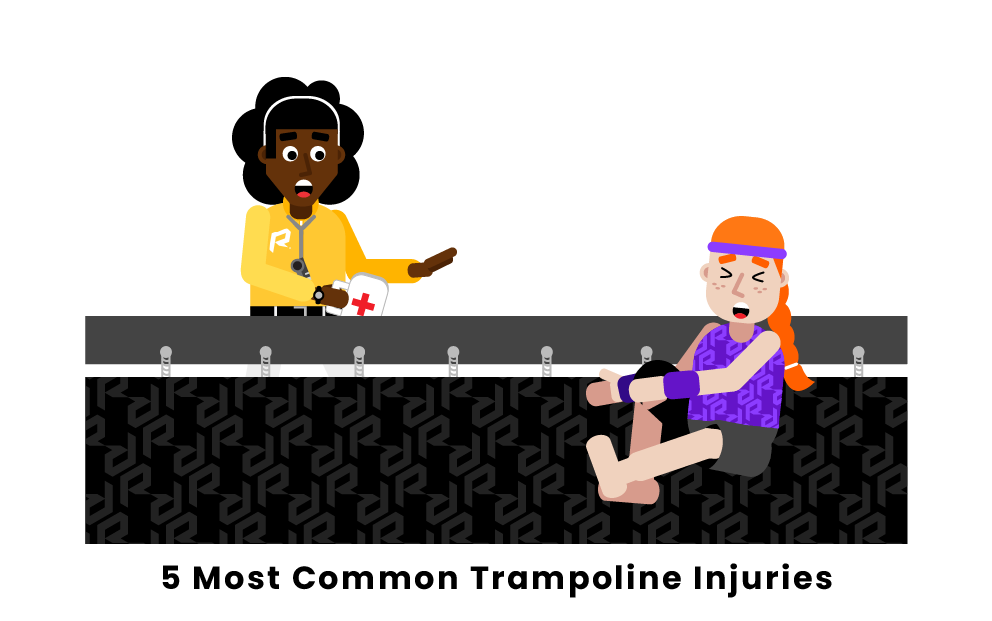 What are the most common trampoline injuries?

A broken arm is the most common injury that occurs while on the trampoline. Fracturing or breaking the arm bone is a painful and immediate injury that all athletes aim to avoid. Athletes who use the trampoline often, like gymnasts, can easily break their arm by landing incorrectly and falling on their arm. It is crucial that these athletes are confident in the elements that they attempt because adding the height and jump factor to elements on the trampoline poses a greater risk.

A concussion is all too common in the world of trampolining. A concussion is an injury to the head, caused by a sudden force against it. In trampolining, any time an athlete jumps to a great height and executes a movement, they are putting themselves at risk for a concussion if they do not execute the move perfectly. Even worse is if the athlete loses balance and falls directly on their head on the hard surface and not on the trampoline. Concussions are severe injuries and should not be taken light as they may cause temporary memory loss, concentration difficulties, and balance issues.

An ankle sprain is another injury that occurs often on the trampoline mat. An ankle sprain is an overstretch or tear to the ligaments and tendons in the ankle. This injury is noticeable to diagnose because the ankle will bruise and swell in the affected area after the athlete hears a popping sound, causing great pain as well. Athletes who trampoline must be cautious of how they land on their feet, and make sure that they do not land awkwardly, putting excessive pressure and force on an ankle. To treat an ankle sprain, the ankle should be iced and wrapped up in a bandage, to enforce little movement in the ankle.

Sustaining a contusion from jumping on a trampoline is no surprise among these athletes. A contusion is the formal and medical term for a bruise. Contusions occur when a sudden and direct force is hit against the skin, causing the blood capillaries to leak, leaving a dark bluish hue to the affected area. Many athletes get a contusion if they land incorrectly and fall, especially if they land on the edge of the trampoline and come into contact with the metal springs, or even worse, if they miss the trampoline entirely and land on the hard surface.

Athletes on the trampoline have a high risk of getting a trampoline burn on their body. This is a common injury because the material of the trampoline causes this burn, similar to a rug burn. The injury happens most often when the athlete incorrectly attempts an element, and their skin swipes across the trampoline. Though this injury is not serious, it still causes great discomfort to the athlete, especially when the injury is touched. To treat a trampoline burn, athletes should disinfect the burn area and put a topical ointment to heal the wound, and an adhesive bandage to cover.