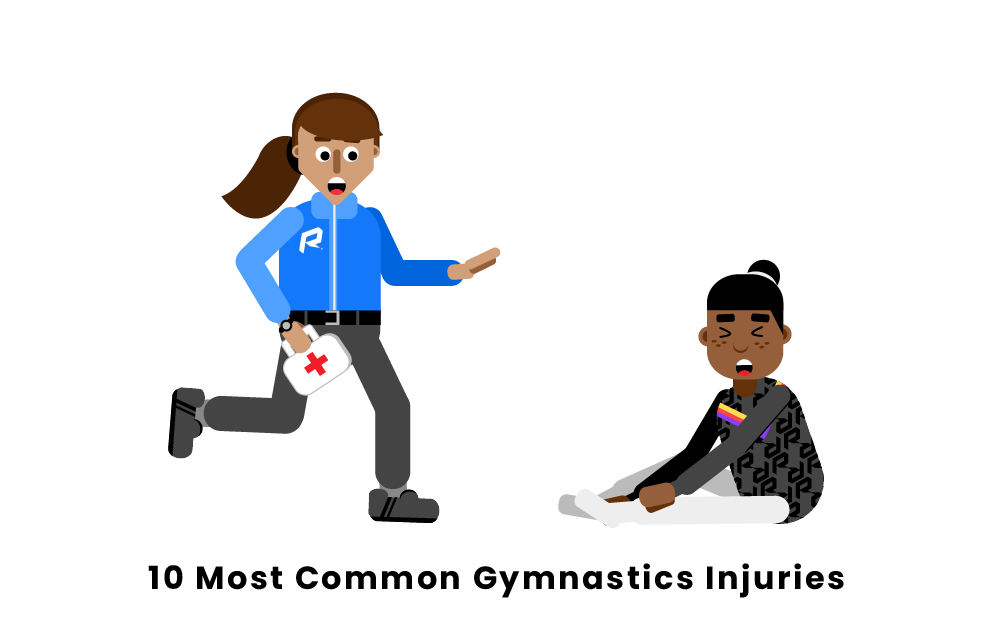 What are the most common gymnastics injuries? 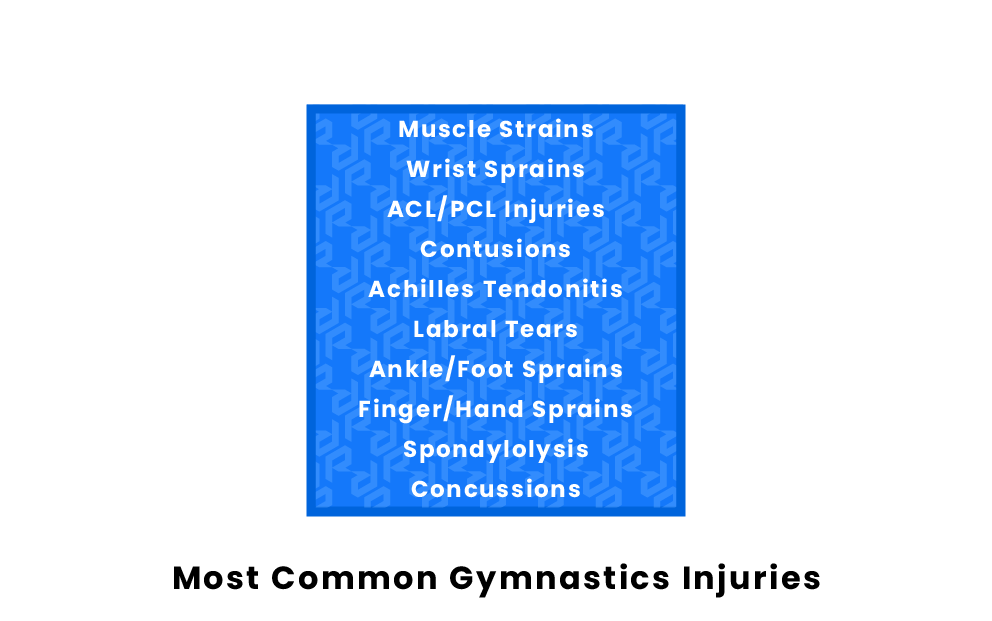 A sprained wrist is an incredibly common injury in gymnastics. This injury is when the tendons or ligaments are torn or broken. In all of the apparatuses for gymnastics, the wrist is heavily used and in most actions, the wrist is subjected to the body weight of the gymnast and gravity, putting great strain on the tendons and ligaments, stretching them too far that it creates tears or even a complete break. It is very important for gymnasts not to practice and perform on a sprained wrist in order for the ligament to heal, rather than get worse. Many gymnasts wear wrist support braces to help mitigate the possibility of spraining it.

An ACL and PCL injury are injuries of the knee. They stand for Anterior Cruciate Ligament and Posterior Cruciate Injury, respectively, and this injury occurs when the ligament is torn or ripped. These injuries are very painful and require months of rehabilitation. They occur when there is extreme pressure put on the ligament, and in gymnastics, these injuries happen most often when a gymnast over-rotates their body in the air and descends incorrectly, or if the gymnast lands short. Gymnasts usually know if they may have torn their ACL or PCL because a popping sound will come from the knee area.

Getting one or more contusions in gymnastics is a common occurrence for gymnasts. A contusion is another term for a bruising, which means that the blood vessels have popped and is leaking blood in the affected area, causing the bluish/black formation. Contusions can happen for the gymnasts on all the apparatuses - hitting one’s legs too hard on the bars, falling from the beam, and tumbling on the floor. Contusions are not such a severe injury, and usually require gymnasts to rest before practicing again.

Achilles tendonitis is another common injury for gymnasts. The achilles tendon is located from the back of the calf down to the heel, making this tendon the largest tendon in the body. This muscle is injured with constant flexing and pointing of the heel from gymnasts, and also from the quick sprints to the vault. The achilles tendon may just inflame, but if the severity intensifies and the tendon tears, then the gymnast must undergo surgery. This injury occurs often because it is usually due to repetitive jumping and landing, which is a core component in all of the apparatuses in gymnastics.

Labral tears are common injuries that gymnasts face because of the actions and movements that gymnasts do often. A labral tear occurs in the tissue surrounding the shoulder socket, and keeping the arm bone in place. Gymnasts use their shoulders extensively in gymnastics, especially on the bar apparatus. Labral tears can be the result of repetitive excessive weight on the shoulders and gymnastics slowly feel the injury coming on or may occur suddenly if enough weight is forced against the shoulder. This injury is also referred to as SLAP lesions, and doctors can best diagnose this injury with the help of an MRI.

Gymnasts often experience sprains at the ankle and/or foot. These happen generally on the landing, when gymnasts land awkwardly and roll their ankle. In all of the different apparatuses, gymnasts are executing stunts, mostly including some form of jump or tumble; the chance of rolling an ankle is very high. Oftentimes for ankle sprains, the athlete may hear a popping sound from the foot, indicating the sprain. Other obvious signs of a spain include intense, dark bruising in the affected area. Foot sprains are common as well as it is a tear in a ligament in the foot.

Injuries to the hand and fingers are no surprise to gymnasts. Common injuries are fractures, dislocations, and damages to the ligaments or joints. Gymnasts are hurt with these injuries often because of how fragile the fingers and hands when executing such stunts. Any wrong jump, flip, or dismount can cause a painful injury to a finger, multiple fingers, or the entire hand. Even if a gymnast has never executed a stunt incorrectly, they could still injure their fingers and hands simply by overuse and develop carpal tunnel syndrome and/or tendinosis.

Spondylolysis is a lower back injury that affects gymnasts. Spondylolysis is a skeletal injury on the lower half of the spine, specifically at the pars interarticularis of the vertebrae. This area is very thin, enabling it to be injured very easily. Spondylolysis is a stress fracture at the pars interarticularis. It is common for gymnasts because it is caused by constant hyperextension of the lower back. A more severe injury is spondylolisthesis, which is the separation of the vertebrae from the spine from the fracture area. That injury is less common because gymnasts notice the discomfort and pain in their back and has it checked out by a physician before the injury gets so severe.

A concussion is one of the most serious injuries that a gymnast could be hurt from. Concussions are brain injuries that come from a sudden force to the head. This can occur on any gymnastic apparatus, and any mistake done executing a move can lead to this catastrophic injury. Mild concussions are not severe and not life-threatening; however, depending on the force of the blow from the gymnast’s fall, it is possible for a gymnast to have a more severe concussion. Gymnasts are incredibly careful when performing high-risk moves to make sure they do not get injured severely.