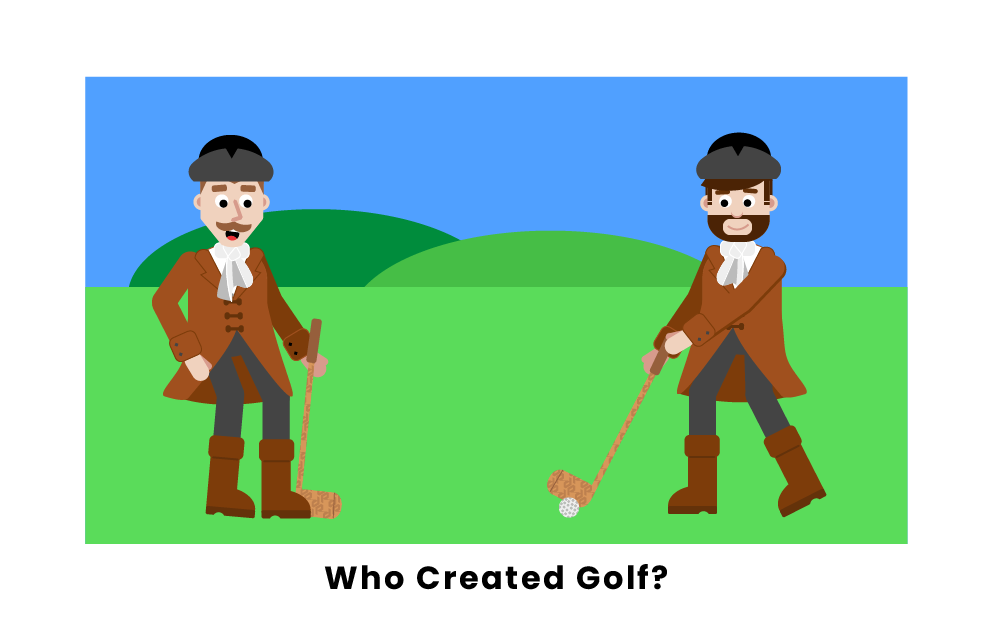 Golf is one of the oldest and most historic sports in the world, with its origins reaching back hundreds of years. Despite such a long lifespan, the game has remained relatively simple at its core, and it’s that simplicity that attracts people from all over. Read on to learn about the creators of the game and its evolution.

Though there is some debate, most historians of the sport agree that the game of golf originated in Scotland. Most records indicate that ball and stick games can be traced back as far as the 13th century. There is evidence of other similar games being played across the globe at the time, but golf was truly kept alive in Scotland.

As golf began to find its roots, a common theme developed for courses in Scotland. These courses were integrated into the land and often shared space with livestock which were used to maintain the grass. This style of course is known as a links course, a course (usually near the coast) built into an undulating area full of native grasses such as fescue. Golf was seen as a casual activity through the 18th century, and residents of Scotland would routinely take trips to courses, which were designated as public land.

Growth of the Game

It wasn’t until the 19th century that golf really began to take off as a global game. The invention of rail systems allowed people from all over England to travel to Scotland and experience the game for themselves. This prompted a boom of golf that spread to places like the United States and other parts of Europe. In 1894, the United States Golf Association, or USGA, was established in America, and by 1895 we began to see the first major professional tournaments being played.

Evolution of the Rules

Though golf has been around for multiple centuries, the game has remained largely the same at its core. Even in its early days, many of the same basic principles were in play. Players would use a larger, longer club off the tees, then switch to an iron or wedge from the fairway. Even the concept of the putting green and the putter have been around for well over 200 years. The main changes seen in golf have to do with the variety of both courses and equipment used in different parts of the world. Courses that featured water hazards or sand needed their own set of rules to address how play should be conducted. In addition, as technology for both golf clubs and balls began to revolutionize, there were debates about what equipment should and shouldn’t be allowed.

By the 20th century, golf had become an increasingly popular sport in both the United States and the United Kingdom. In 1916, the Professional Golfer’s Association (PGA) was founded in America, and by 1929 the PGA Tour was created. This quickly became the most elite tour of golfers in the country, and by the later part of the century, the PGA Tour began to attract the best golfers from around the world. Nowadays, the average PGA Tour golfer makes over $1,000,000 per year, a testament to the sport’s popularity and influence.

Who invented the golf ball?

Dr. Robert Adams is credited with having invented the first iteration of the modern golf ball in 1848. Adams created his ball, called the gutty golf ball, using the dried sap from a Sapodilla tree which gave the ball a rubber-like feel. It was also discovered that balls with nicks or imperfections on their covers actually flew farther than brand-new balls, prompting the integration of dimples on all golf balls.

Where was the birthplace of golf?

The birthplace of golf was Scotland in the 13th century. Though there is evidence of other ball and stick games being played on different continents at the time, Scotland is widely credited as inventing the predecessor to the game of golf we know today. The first courses were built into public land, and livestock would wander the grounds. Many of these courses were built near the sea and were the basis for the links-style courses that can be found all around the world today.

What was the first golf tournament?

The first professional golf tournament was The Open, held in 1860 at Prestwick Golf Club in Scotland. Up until the 20th century, golf was mainly popular in Scotland, where golfers from around the territory would gather to play. The most well-known meeting place was Saint Andrews, but in 1860 Tom Morris built Prestwick Golf Club specifically to host The Open.

Pages Related to Who Created Golf?