Where Did Golf Come From? 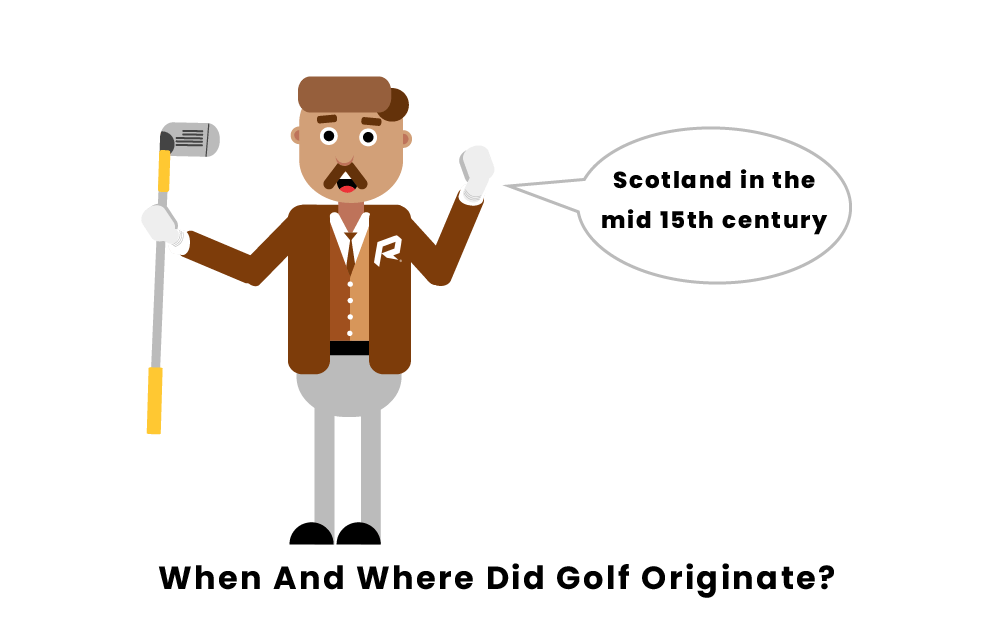 It is believed that the modern game of golf was first played in mid-15th century Scotland. Although we do not know the exact date that it was first played, the Scottish government issued a ban on the sport in 1457, so experts have estimated that the game was played at least a few decades prior to this date. Interestingly enough, this ban was put in place to encourage the practice of archery in preparation for war. Eventually, the ban was lifted and golf became one of the foundational elements of Scottish culture. Today, Scotland is home to 550 golf courses, many of which are viewed as some of the finest in the world. These courses include St. Andrews, Muirfield, Royal Dornoch, Carnoustie, & Turnberry.

What other games aided in the creation of golf?

Many people believe that modern golf relates back to the ancient games of paganica and chuiwan. Paganica is a Roman game that revolves around the idea of hitting a leather ball with a small bent stick. Chuiwan is another ancient game where players aim to hit a small ball into a small hole. We do not know much about these games, but it is widely thought that these two games aided in the creation of modern golf.

Pages Related to Where Did Golf Come From?

Why Are There 18 Holes In Golf?What is par in a round of golf?What is the new Handicap Rule in Golf?
What is Double Bogey in Golf?Who Won The 2019 British Golf Open?Why Do Ceos Play Golf?
PreviousNext