SportsSporting EventsGamesActivitiesGolfGolf EquipmentGolf LingoGolf PenaltiesGolf QuestionsHas A Golfer Ever Won All The Majors In The Year?How Can I Play A Round Of Golf At Augusta National?How Do The World Amateur Golf Rankings Work?How Do You Qualify For Champions Golf Tour?How Does Golf Betting Work?How Does Rating And Slope Work In Golf?How Does World Ranking Work In Golf?How Far Can You Hit The Ball With A 3-iron In Golf?How Good Or Bad Is A Bogey In Golf?How Is Pitching Different From Chipping In Golf?How Much Does A Yearly Golf Membership Cost?How Much Does It Cost To Play A Round Of 18 Holes Of Golf?How Much Money Does A Golf Caddy Make?How Much Time Does It Take To Play A Round Of 18 Holes Of Golf?How To Spin A Golf Ball Backwards On The Green?Is Golf A Good Workout?Is Golf An Olympic Sport?What Are The Kinds Of Golf Stances?What Are The Majors In Golf?What Club Is Used For Chipping In Golf?What Do Golf Caddies Do?What Happens If You Lose Your Golf Ball?What Is 3 Ball Better Ball In Golf?What Is 4 Ball Format In Golf?What Is A 6 6 6 Golf Tournament?What Is A Good Score In Golf?What Is Better Ball Format In Golf?What Is Foursomes Golf Format?What Is The Best Grip For Playing Golf?What Is The Cut Line In Golf?What is Golf?What is the Claret Jug in Golf?When Do You Move Up Or Down A Tee In Golf?When Should You Use Each Golf Iron?Who Created Golf?Why Are There 18 Holes In Golf?Why Does Golf Cost So Much?Why Is It Called A Bunker In Golf?Golf RulesGolf TournamentsGolfersLearn GolfThe MastersThe Open Championship (British Open)
Home>Sports>Golf>Golf Questions
PreviousNext

What is the Claret Jug in Golf? 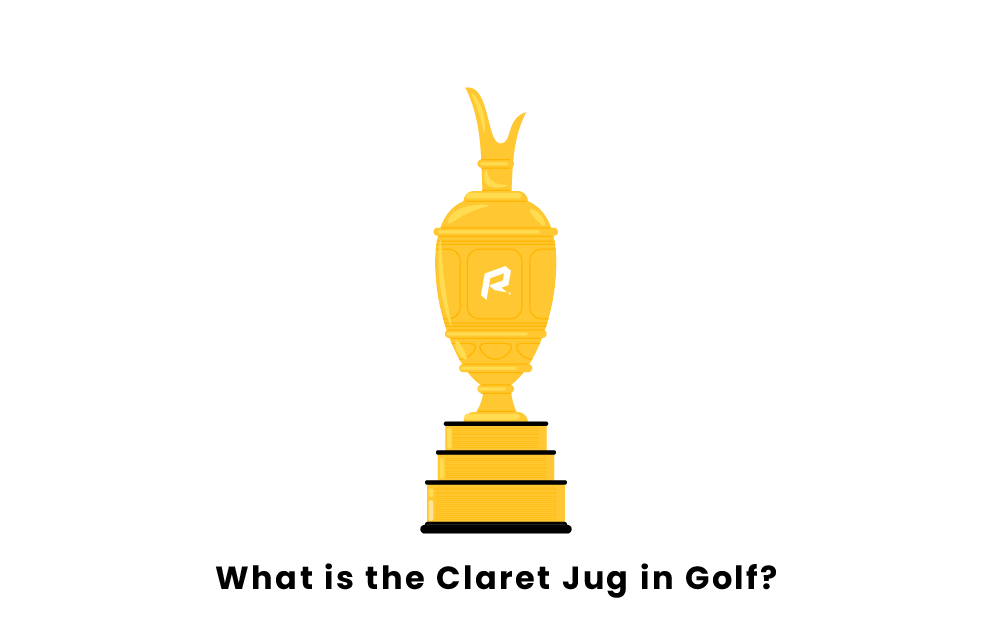 Where Does the Claret Jug Get its Name?

One does not have to read between the lines to understand where the term “Claret Jug” came from for the trophy. The Claret Jug is the official name for the award, and it is shaped like a 19th-century jug that serves claret. Claret is a red wine that is produced in a region in France. The trophy has been given to the winner of The Open Championship for over 100 years, but there are three replica ones. Two of them are used for exhibitions, and the third is in the British Museum of Golf in St. Andrews. The winner keeps the trophy for a year but is also given a replica one to cherish.

The History of the Claret Jug

Winners of the Claret Jug

The Claret Jug has existed for nearly 150 years, and since 2008 there has been a different winner every year. Due to the pandemic, there was no Open Championship in 2020, so 2019 winner Shane Lowry kept the trophy for two years. There was also no Open Championship from the years 1915 to 1919 due to World War I. The golfer to win the Claret Jug the most is Harry Vardon, winning it six times, including three from 1896 to 1900. Four different golfers, though, have won the Claret Jug five times. Those golfers are Tom Watson, Peter Thomson, John Henry Taylor, and James Braid. Watson is the most recent of the bunch to win his fifth Claret Jug trophy, a feat he accomplished in 1983. Thomson won his fifth just 18 years prior in 1965.

Pages Related to What is the Claret Jug in Golf?