What is Bump and Run in Golf? 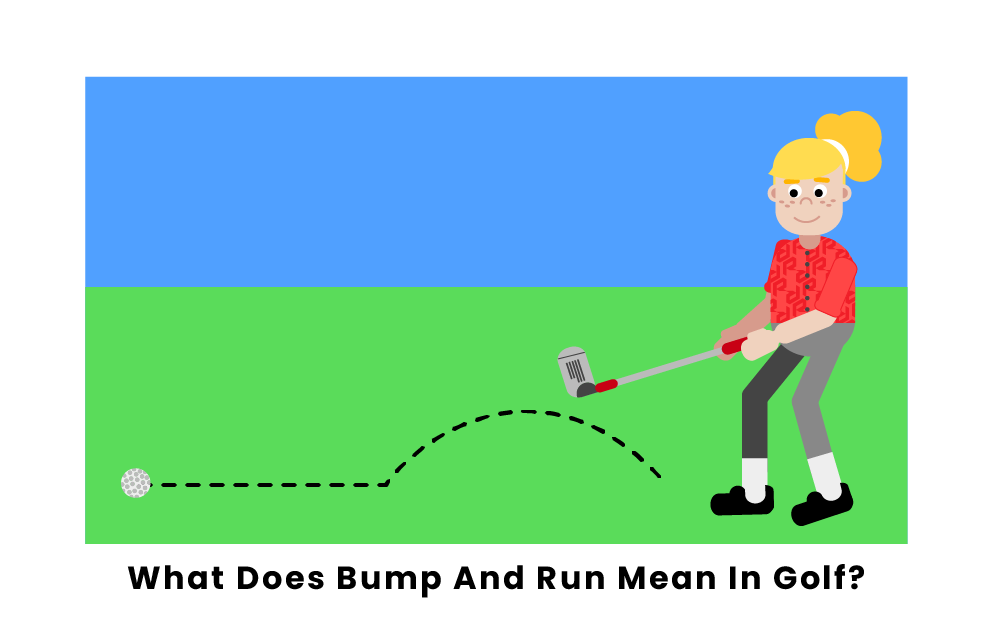 A bump and run is a golf term for a specific type of shot in golf. The bump and run would be considered a type of chip shot that is not played too often by most golfers.

When hitting a bump and run, the goal is to keep the ball very low by hitting it like a "bump" and letting the ball "run" on to the green and close to the hole. This type of shot could be a useful alternative for golfers who do not feel comfortable with regular short chip shots, as there is much less motion with the club and body. When hitting a bump and run, the golfers' club should only get back to about knee height on the backswing, and have a short follow through after firm contact with the ball.

When to Use A Bump And Run

A bump and run is typically only hit around the side of the green or in the fairway close to the green. Hitting the shot in the fairway can be difficult because you need clear space in front of you so the ball can roll up the green uninterrupted. This shot is useful around the greenside area because it is a good alternative to flop shots and regular chips. This is because it is much easier to control your club speed. A bump and run can also be used if you find yourself in the woods and need to keep your ball below tree branches.

While hitting a bump and run, most golfers like to use short range irons such as seven and eight irons and occasionally a pitching wedge. These clubs are ideal because the loft of the clubs keeps the ball low enough to control it, but high enough that you can control where it lands. Some golfers use a three wood when very close to the green, but this is a tough shot to learn and is rarely used.

Pages Related to What is Bump and Run in Golf?