What Is 4 Ball Format In Golf? 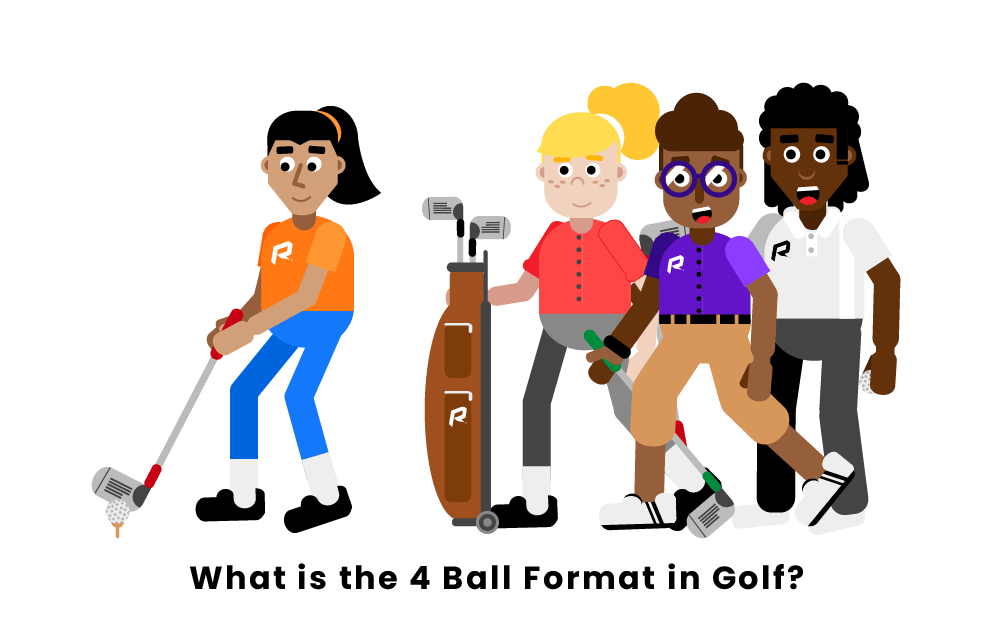 A four ball formatted match is one of the most common match play formats in a golf tournament. It involves 4 golfers who play against each other in pairs, 2 on one team and 2 on the other. The basic rules of match play are in play in this format with whatever team scoring the lowest winning each respective hole. However, different from other formats the 4 ball format involves each player playing their own ball throughout the round instead of alternating shots or any other type of format. Because each player plays their own ball, it is also referred to as "best ball" in some cases as well as 4 ball.

A four ball match plays out a lot differently than other forms of match play even though the scoring is ultimately not much different. Because each player plays their own ball, there is usually a lot more aggressive play as one player can make up for other mistakes if need be. Most of this strategy starts on the tee with one player putting their ball in play so the other can take a more aggressive shot that otherwise wouldn't be taken if given the opportunity. This type of action occurs throughout the round and gives four ball matches a certain flair that other formats don't have.

The opponent's abilities can also be taken more into account in this type of match format. As the match goes on, a team can force the other team into taking more aggressive shots they aren't prepared for in order to keep up on the scorecard.

Pages Related to What Is 4 Ball Format In Golf?