What Does Amen Corner Mean In Golf? 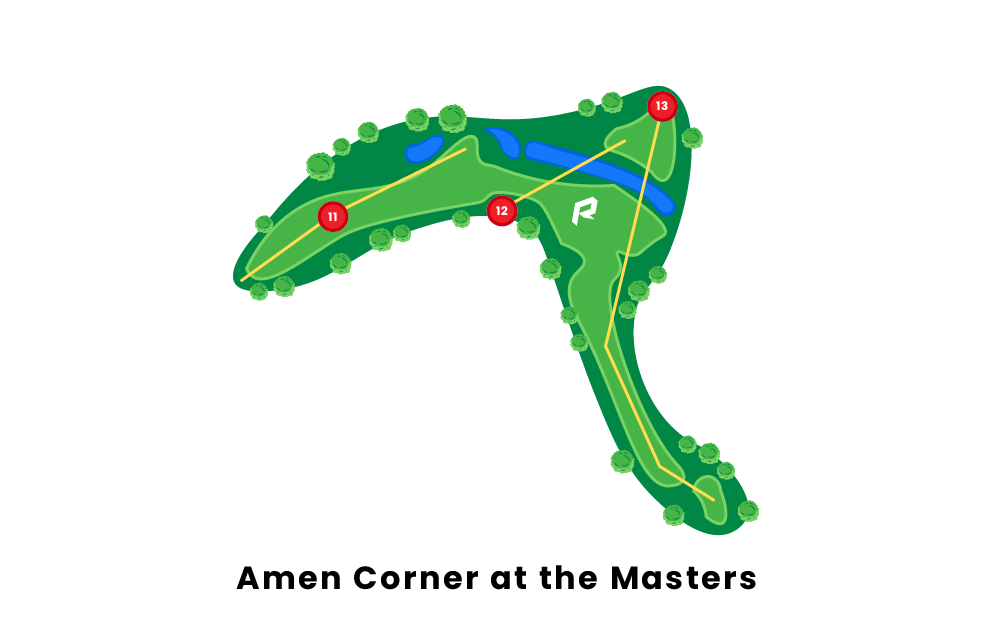 From a bird’s eye view, it’s easy to see why Amen Corner is indeed a corner. As a challenging part of the course, a player’s performance at Amen Corner will often make or break their success at the Masters.

Amen Corner refers to a section of the Augusta National golf course in Augusta, Georgia, USA, that hosts the Masters Tournament. It technically refers to the second half of the 11th hole, all of the 12th hole, and first half of the 13th hole, although the phrase has become a catch-all term for all three holes in their entirety.

The term “Amen Corner” was first coined by Sports Illustrated writer Herbert Warren Wind in 1958, who said he was inspired by the course’s beauty and got the term from a jazz song.

Amen Corner at the Masters

The 11th hole, known as “White Dogwood,” is a 505-yard long par 4. While it’s mostly a straight shot, the imposing pond makes approach shots to the green extremely difficult.

The “Golden Bell” 12th hole is one of the most famous holes in all of golf. Although it is only a 155-yard par 3, the green lies just across a creek, requiring immense control to land a shot in the right spot on the green. The hole itself is gorgeous and offers one of the most picturesque settings in golf.

The 13th hole, also known as “Azalea,” is a 510-yard par 5. It tees off from the far corner behind the 12th hole and stretches down to the left of the tee. Its comparative ease often serves as a chance for players to make up for extra strokes incurred on the first two holes of Amen Corner.

Pages Related to What Does Amen Corner Mean In Golf?