What Are The Hardest Holes At Augusta National? 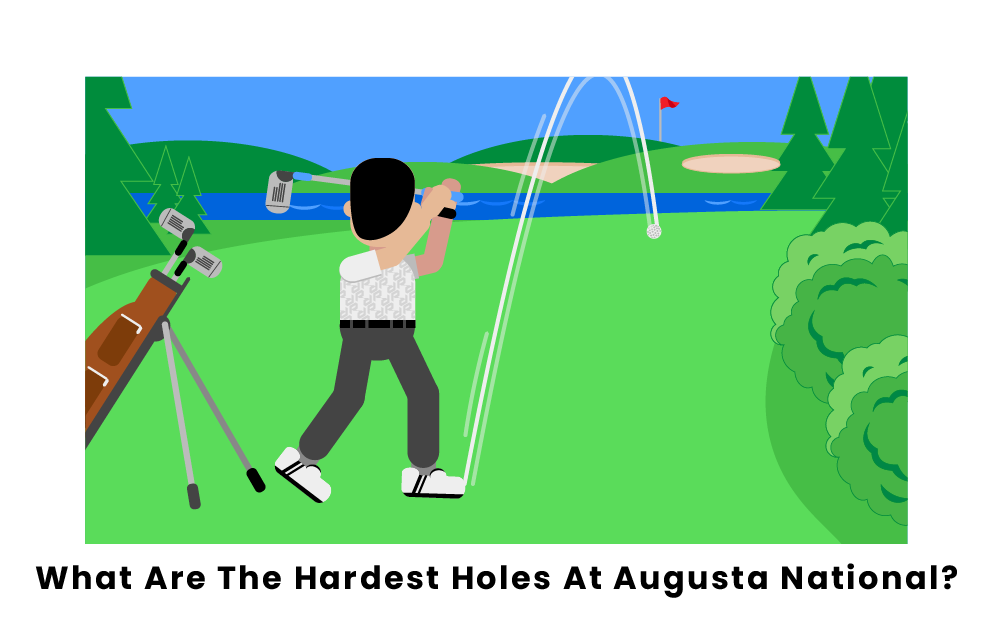 Augusta National golf course is one of the most prestigious and exclusive courses in the world. It is home to the most important PGA tournament, the Masters Tournament, and contains some of the hardest holes that most people will ever encounter if playing. Golf courses always give their own evaluations of each hole using the handicap column on their scorecards. Their evaluations state that the 2nd, 15th, 8th, 13th, and 5th holes are the hardest on the course. Even though these five holes are considered the hardest by the Augusta National crew, many believe that the hardest holes on this course are actually the 10th, 11th, 12th, 4th, and 5th holes. This is because the average scores of all these holes during competitions are usually the highest and give players scores that are the farthest from par.

This is probably the toughest hole that there is at Augusta National golf course. This hole is a dogleg left that spans just about 495 for a par 4. This par 4 has an average score of 4.31 at the masters and was Jack Nicklaus' third hardest hole while it was Tiger Woods' fourth hardest. The highest score that was ever scored on this hole during competition belongs to Danny Lee with a score of 9.

This hole is considered a dogleg right and is often thought of as the second-hardest hole to play at Augusta. It is one of the holes in the infamous "Amen's Corner," which includes the 11th, 12th, and 13th holes and these are where players' rounds could be either saved or ruined. The stroke average for this 505 yard par 4 is 4.29 with this hole ebing Jack Nicklaus' fourth hardest while it is Tiger Woods' third most difficult.

Par three holes are not usually considered with the hardest holes in any course. However, this narrow hole can lead to strong winds and many bogeys. This 155 yard par 3 has an average score of 3.28 during Masters Tournament competitions. It also ranks as Jack Nicklaus' second hardest hole while it is Tiger Woods' fifth hardest.

This hole is also a par 3 because of the double sand traps that sit in front of the small green. The tee shot must clear both in order to make the green and the strong winds that could pop up do not help the situation. This 240 yard apr 3 has an average score of 3.28 and is considered Jack Nicklaus' third hardest hole while it is also Tiger Woods' second hardest.

This hole is considered one of the hardest on the course not only because the double sandtrap on the fairway pinches the landing zone that a golfer can aim for but the green is also full of some of the most severe bumps on any green. Then 455 yard par 4 has an average score of 4.26 and is considered Jack Nicklaus' fifth hardest hole while it is Tiger Woods' seventh most difficult.

Pages Related to What Are The Hardest Holes At Augusta National?