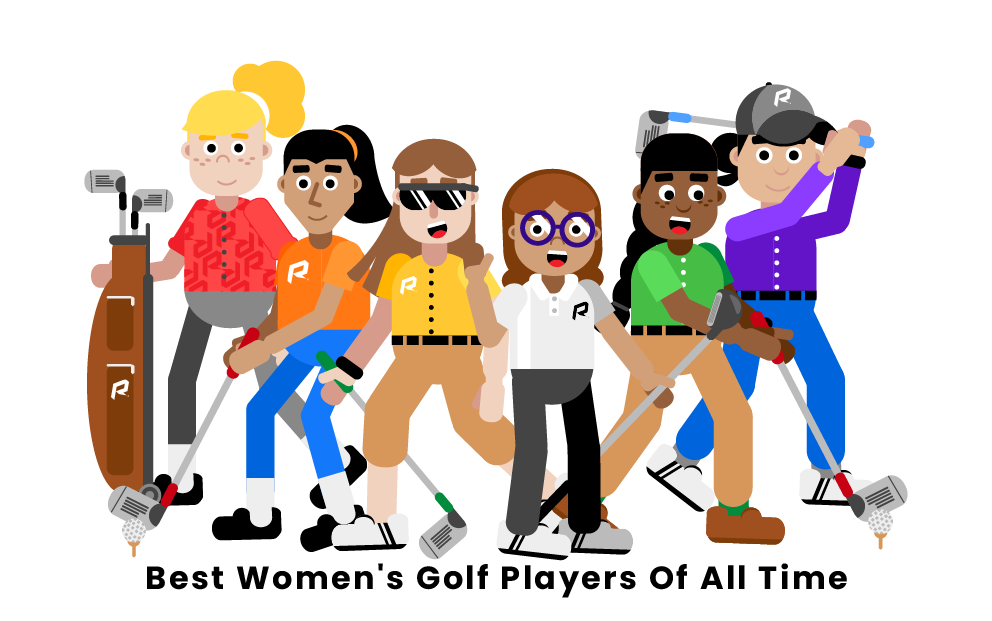 Who are the best women golfers?

Annika Sorenstam has been widely called the greatest female golf player of all time. She has similar numbers to other greats on this list, such as Wright and Whitworth, but accomplished these stats while in the deepest competitive field of LPGA history. Sorenstam was born on October 9th, 1970, in Stockholm, Sweden. In her youth, Sorenstam played tennis but switched to golf because she preferred playing on her own instead of having a partner in tennis. She started her path to stardom when she qualified for Sweden’s national team. From there, she was offered a scholarship to the University of Arizona. In just her freshman season, she won the NCAA Golf Championship and was named collegiate player of the year. She joined the LPGA Tour in 1994 and was dominant in the league until the early 2000s. Sorenstam would go on to win eight Player of the Year awards for the LPGA Tour and was the first woman to play on the PGA tour in 58 years. She was inducted into the World Golf Hall of Fame in 2003 and was the first international LPGA player to be inducted.

Mickey Wright has earned herself a spot in the top women’s golfers due to her dominance in the sport from halfway through the 1950s until the end of the 1960s. Men’s golf professional Ben Hogan and many others consider her swing to be one of the best in the sport. Wright was born on February 14th, 1935, in San Diego, California. In 1955, Wright joined the LPGA Tour because of her great play in her youth career, winning the 1952 U.S. Girls Junior Championship. From 1958 to 1966, Wright was in the prime of her career, and she won her 13 Majors titles in this period. In 1962, Wright completed the LPGA Career Grand Slam (Western Open, LPGA Championship, U.S. Women’s Open, & Titleholders Championship), and set a record for the youngest player to reach 30 wins on the LPGA tour (26 years, 11 months, 7 days old). Wright was inducted into the World Golf Hall of Fame in 1976.

Born on June 26th, 1911, as Mildred Didrikson Zaharias, she earned the nickname of “Babe” in her childhood when she once hit five home runs in a single game. Not only was Zaharias a great golfer, but an exceptional athlete in general. Prior to her golf days, she was an Olympic athlete in track and field. In the 1932 Olympic Games, she won two gold medals. She did not become dominant in golf until the 1940s and 1950s. Zaharias would go on to be the winner of seventeen straight tournaments from 1946-47. She won the U.S. Women’s Open three times in 1948, 1950, and 1954. Zaharias was named female athlete of the 20th century by the Associated Press and Sports Illustrated. However, Zaharias battled with cancer in the latter part of her career, and it ultimately took her life in 1956. She was inducted into the World Golf Hall of Fame in 1974. Babe will be remembered not just as one of the best female golfers of all time, but as one of the best female athletes of all time.

Kathy Whitworth is most known for having the most wins in LPGA history, and not even Sam Snead’s 82 wins in the PGA Tour can match her 88 wins. The prime of her career lasted from the 1960s until the early 1980s. Whitworth was born on September 27th, 1939, in Texas. She began playing golf at the age of 15 and turned pro by 1958. It took her four years to win her first tournament, but after that her career exploded. She won at least one tournament every year from 1962 through 1978, including eight in 1966 and ten wins in 1968. She was named the LPGA Player of the Year a total of seven times, led the league in money earned for eight years, and was the LPGA scoring leader eight times as well. Whitworth was inducted into the World Golf Hall of Fame in 1962.

Nancy Lopez was a very popular women’s golf player in the late 1970s and 1980s. In just her rookie season, she was incredible, winning nine times, including a major, being named LPGA Rookie and Player of the Year, as well as winning the low-scoring average. She is the only woman ever to achieve this feat. Born on January 6th, 1957, in Torrance, California, Lopez then moved to New Mexico, where she grew up. Her stardom started at a young age when at 12, she won the New Mexico Women’s Amateur. She would then go on to win the U.S. Junior Girls Championship in both 1972 and 1974. Her career was interrupted by the births of her three children, but each time Lopez was able to return and be effective on the golf course afterward. During her era, Lopez was one of the greats and will be remembered in that way after being inducted into the World Golf Hall of Fame in 1987.

JoAnne Carner was an icon for women’s golf in the 1970s and 1980s, winning 43 total times on the LPGA tour. She was known as “Big Mama” on the tour and is the only woman to have won USGA Girls Junior Amateur, U.S. Women’s Amateur, and U.S. Women’s Open titles. Carner was born on April 4th, 1949, in Kirkland, Washington. Her pro career did not start until she was 30, and was still able to post incredible statistics. She was named LPGA Player of the Year three times throughout her career in 1974, 1982, and 1983. For those same three years, she also was the LPGA Tour money leader. Carner had a long career and holds the record for the oldest to make the cut for the LPGA Tour (64 years, 26 days) at the 2004 Chick-fil-A Charity Championship. She was inducted into the Golf World Hall of Fame in 1985.