Golf101Articles5 Most Common Golf InjuriesArnold Palmer Bio And FactsDo Caddies Play Golf?Golf Scramble vs Best Ball FormatsHow Do You Add Spin With A Wedge Club In Golf?How Do You Add Spin With An Iron Club In Golf?How Does Golf Betting Work?How Does Scoring Work In Golf?How Far Can You Hit The Ball With A 3-iron In Golf?How Much Money Does A Golf Caddy Make?How To Spin A Golf Ball Backwards On The Green?How do Rankings Work in the Golf World Amateurs?Is Golf A Good Workout?Is Golf An Olympic Sport?Jack Nicklaus Bio And FactsJordan Spieth Bio And FactsPhil Mickelson Bio And FactsRory Mcilroy Bio And FactsTiger Woods Bio And FactsTop 10 Golf BooksTop 10 Golf BrandsTop 10 Golf TournamentsTop 10 Golf Video GamesTop 10 Richest GolfersTop 5 Golf MoviesWhat Are The Hardest Holes At Augusta National?What Club Is Used For Chipping In Golf?What Is A 6 6 6 Golf Tournament?What Is A Good Score In Golf?What Is The Best Grip For Playing Golf?What are the most important Golf Rules?What are the rules of golf?What is a 2 on a Par 5 in golf called?What is the 19th Hole in Golf?Where Are The Next 5 British Opens?Who Are The Richest Golfers?Who Is The Oldest Player On The Champions Tour?Why Is Golf Expensive To Play?Why Is It Called A Bunker In Golf?BasicsClubsDrillsQuestionsRulesShotsSkillsStatisticsThe Course
PreviousNext 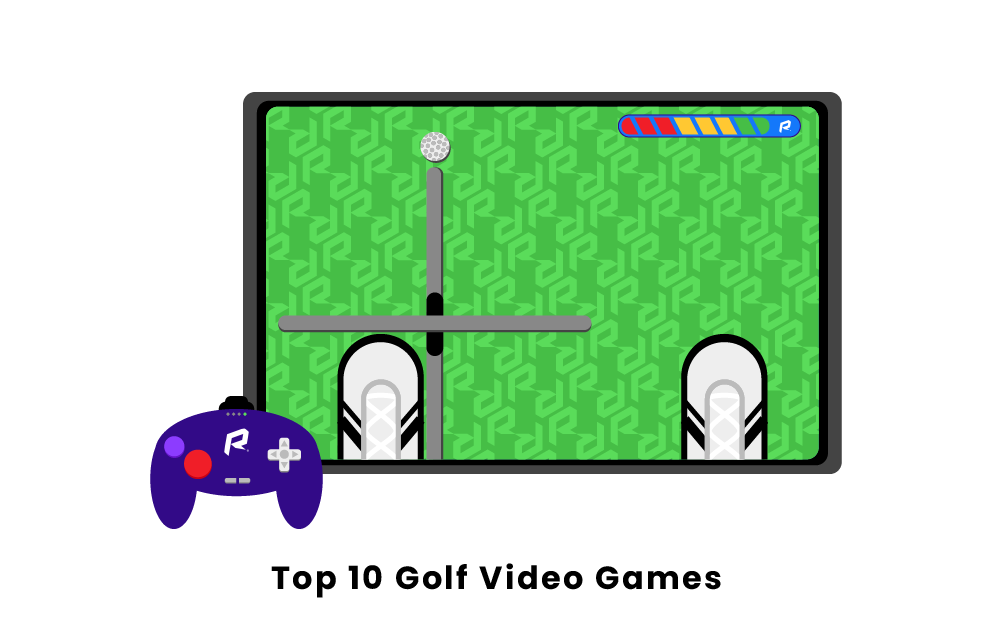 What are the most popular golf video games?

The Tiger Woods PGA Tour video game franchise has been one of the most successful sports game series ever. In particular, the 2004 game was the first videogame to incorporate modern day golf simulation into their game. Compared to older versions of the game, '04 was the first game to perfect the digital analog swing control, a feature that was faulty in previous games.

Other features of the '04 game that rank it as the best golf video game of all time included new players, such as John Daly and Gary McCord. This was the first time a player could play in real-time tournaments, purchase licenses from companies such as Titliest and Ping to use their equipment, and play on courses that had never been available in a video game.

When Nintendo released the Wii in 2006, part of buying the system was receiving Wii sports. Wii sports included games like boxing, tennis, baseball, and bowling. Included in the game was Wii Golf, which quickly grew to become one of the most popular golf games for everyone of all ages.

Compared to most video games at the time that used a remote controller, Wii Golf allowed it's users to physically move the remote to control the player in the game. The simple game design allowed people of all ages to enjoy the sport. Other video games had built in courses, specific tournaments, and PGA players. Wii Golf was so successful because anyone could make a character to play as, and rank up just by swinging a fake golf club.

Links 2003 is a computer game designed by Microsoft that introduced a new physics of golf swings to the video game world. In the game, players were able to play throughout a career mode and in multiplayer tournaments, while also designing and editing courses to play on.

Links is a video game franchise that produced different forms of golf simulation video games from 1990 to 2003. Over the years, Links has gained a large crowd of loyal followers that consistently played and adored their video games. Their 2003 version was a landmark video game, with features never seen before.

Golden Tee 2013 is not the traditional console video game. Instead, it is a coin-operated arcade game. The first machine was released in 1989, but the 2013 Golden Tee machine had the best gameplay and graphics of anything on the market at the time.

The game works by using a ball that is inset in the front board to virtually swing a golf club. Users will roll the ball back towards themselves, and then send it forward imitating a golf swing. Due to it's high popularity in arcades, Golden Tee systems have been used in video game tournaments all over the world.

When Tiger Woods PGA Tour 12 came out, the golf video game community lost their minds. Although the game was pretty similar to recent versions of Tiger Woods PGA Tour from the recent years, this was the first time that Augusta National Golf Club was built into the game. Augusta National Golf Club is considered one of the most famous golf courses in the world, and users were finally able to virtually experience that.

One feature that fans love is the Road to the Masters challenge, where players will compete in tournaments and try to rank their way up to the top. The graphics and different modes available in this game earn it as one of the greatest golf games of all time.

Nintendo released two Mario Golf games to the public, and both games were sellout hits. Although the game has a very simple design similar to other Mario games, it had features such as changing slope measurements, camera angles, and reading the wind. The game is known to have one of the best alignment systems of any golf game.

Mario Golf was unique because each Mario character had their own courses and in-game tournaments. Players would golf for hours just to unlock new characters and discover what new courses they could play. Due to the popularity of Mario games in the gaming world and the functions possible when swinging a golf club, people around the world loved Mario Golf.

Hot Shots Golf is a franchise that has been around since 1997. In 2003, they released Hot Shots Golf Fore!, a game that supported some of the best graphics in the industry. At the time, other golf games were focusing on the solo career mode. However, Hot Shots Golf Fore! was more about the social and multiplayer aspect of the game. This game also added brand new characters and courses, which set it apart from previous versions. Over their years, their franchise has released more than ten addicting games that users have loved. Hot Shots Golf also was the first company to release a virtual reality version of a golf video game.

CyberTiger is a video game released in 1999 for Playstation, Nintendo 64, and Game Boy. Players would play in each tournament against the top-rated Tiger Woods. In fact, CyberTiger and Tiger Woods PGA Tour were the only games at the time to include Tiger Woods. The game was developed by EA sports before they developed their PGA Tour games. Since the game was originally built for Nintendo systems, the memory of the game was very limited. Users are only able to play as two professional golfers, Tiger Woods and Mark O'Meara, and the course selection is rather small. However, the game itself set a standard for what graphics should be expected in the next decade, which is why CyberTiger earns itself a spot as one of the greatest golf games of all time.

In 2010, John Daly ProStroke Golf was released to compete with Tiger Woods PGA Tour 11. John Daly's game was different though, allowing users to actually swing the golf club with the Playstation move function. Another unique game feature is the ability to play in the first-person point of view, and see the course from the actual golfer's perspective. Similar to Wii Golf, the Playstation Move was a brand new part of the game that made it very appealing. The ability to swing was also much more advanced than a Wii motion, allowing golfers to twist their wrists to adjust the slice or hook of the golf balls. The game was widely popular in 2010 and is ranked as one of the greatest golf games of all time.

Compared to other games that focus on creating a realistic golf experience, What the Golf? is an arcade-style game released to the Apple app store. Users that play do not have to understand a single thing about golf to have an enjoyable experience playing this game.

Due to the app's success, What the Golf? is now available for Nintendo Switch. The courses are very unrealistic, however their abstract designs make the game very addicting. If you want an easy to play arcade game to play on your phone, What the Golf? is the perfect game for you.