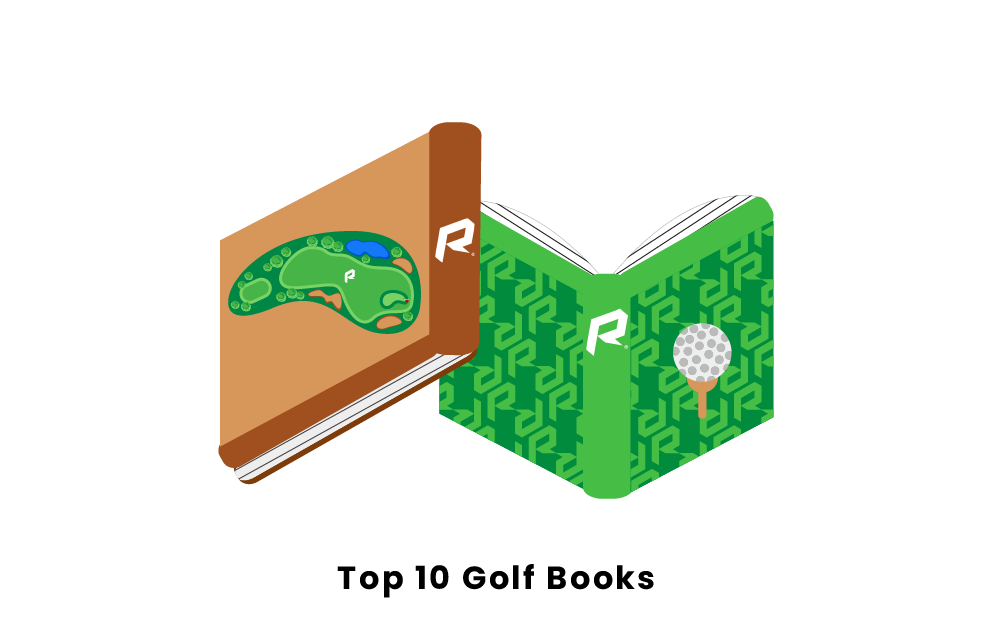 What are the most popular golf books?

Ben Hogan is considered one of the interesting golf players to ever play the game. The man found his swing in the dirt and he explains how his work ethic got him to where he is today in terms of his success within the sport of golf. This golf player had very little technology during his time of playing golf; however, he uncovered various golf techniques that players are still raving about even today. His teachings about grip are some of the best techniques written in this book. This book is good for golfers of all skill levels to simply learn more about the techniques with the game of golf. This is by far one of the best golf books of all time.

This book is about the man who spent six years working as Tiger's swing coach. It is no coincidence that during the 6 years that Tiger trained with Haney as a swing coach, Tiger was able to win 6 majors in a row. Haney spent a ton of time with Tiger and was always by his side helping him anyway he could both on and off the course.

He examined Tiger's techniques constantly but also wanted to understand his complexities and what made him as a player tick. He wants to understand Tiger's biggest fear, "The Big Miss." This is another book that can be easily considered one of the best golf books of all time.

3. The Greatest Game Ever Played

This is a book written about the popular story of a blue-collar kid named Francis Ouimet. The boy grew up living across the street from the country club, and his passion for the game became big at a very young age. In 1913, he would win the masters at the very same course in which he grew up playing at.

Nobody believed that he would be able to win, but with his ten-year-old caddie right there with him, he was able to win the title in a long 8-hole playoff match against Harry Vardon. This is seen as one of the greatest stories in amatuer golf.

This book is very technical and goes over many different approaches to the sport. The book is said to be aimed for a more advanced level of golfer and may be overwhelming to people with less experience and knowledge of the sport. The book stresses the importance of learning specific techniques for hitting the ball when a player is 100 yards or shorter from the pin. This book gives golfers a plan to set up a shot, and gives real golfing match advice that can help players, especially with their confidence when going in for a big shot.

5. Harvey Penick's Little Red Book: Lessons and Teachings From A Lifetime In Golf

Harvey Penick brought so much to the game of gold and was an extraordinary coach. He has a way with words and spent most of his life coaching the simplicity of golf through easy to understand ways. No matter who the student, he was always dedicated to helping people learn the game of golf. He wrote about many tips and tricks in a red notebook. He would write in this notebook everyday after his golf sessions at Austin Country Club and this notebook would eventually become one of the best selling golf books of all time and can help golfers in a number of ways.

6. Golf is Not a Game of Perfect

Easily the best scientific book about golf psychology is this book by Dr. Bob Rotella. He addresses his love for golf and the mental game of golf. He explains about his work experiences with Nick Price and Davis Love. The author has a controversial tone throughout the book talking about psycho-babble in golf as his studies go way beyond the nature of the course. The author talks about how crucial confidence plays in the sport of golf and he says confidence is created in a number of ways. This book is great because it takes a unique approach to the game that goes beyond describing basic technique.

7. The Bogey Man: A Month On the PGA Tour

This book is characterized by its unique writing style that readers have raved about since the book has come out. The Bogey Man is a book by Goerge Plimpton; he writes about his accounts with golf that features not just players but oddball caddies, frank-talking officials, cocktail clicking fans, and assorter hanger-on. The writer claims that he is fortunate to have had access to the sport of golf during an unguarded era of time. Plimpton is an observer and he was blessed with a great writing style and eye for the absurd aspects of the game of golf.

8. A Good Walk Spoiled: Days and Nights on The PGA Tour

Feinstein's A Good Walk Spoiled shows an awesome picture of the world of golf in a way that has never been done before. Feinstein examines the inside of the minds of many of the game's best players. In this book, the reader will travel alongside some of the best moments ever in the history of golf. The book paints an awesome picture of the moment Davis Love III had an epic comeback victory in the Ryder Cup. The writer summarizes most people's experiences with the game of golf when writing describing that one week everything is awesome in the world of golf, and the next week, you never want to play the sport again.

This book focuses on the mental state of golfers when approaching their shots. Golfers know that one of the most important aspects of the sport is concentration and confidence and this book teaches how to block out distractions. This book describes this through Buddhist teachings. This book is great for golfers who want to grasp a sense of how to clear their minds and achieve ultimate focus so that it is easier to play the game of golf without distraction. Dr. Joseph Parent does this through many spiritual techniques.

This book is at the end of the list, but is still one of the best golf books of all time. Written by comic actor Leslie Nielson, this book describes how golf is played at its very worst. The book incorporates a lot of comedy within it, and in the book, Nielson describes the secrets of mediocrity, with many tips that are fundamentally very different from many other golfers in the world. He describes many of his secret moves that win him games like his tactic of driving the golf cart close to the trees and hedges to scare his opponent by having him nearly fall out of the cart.