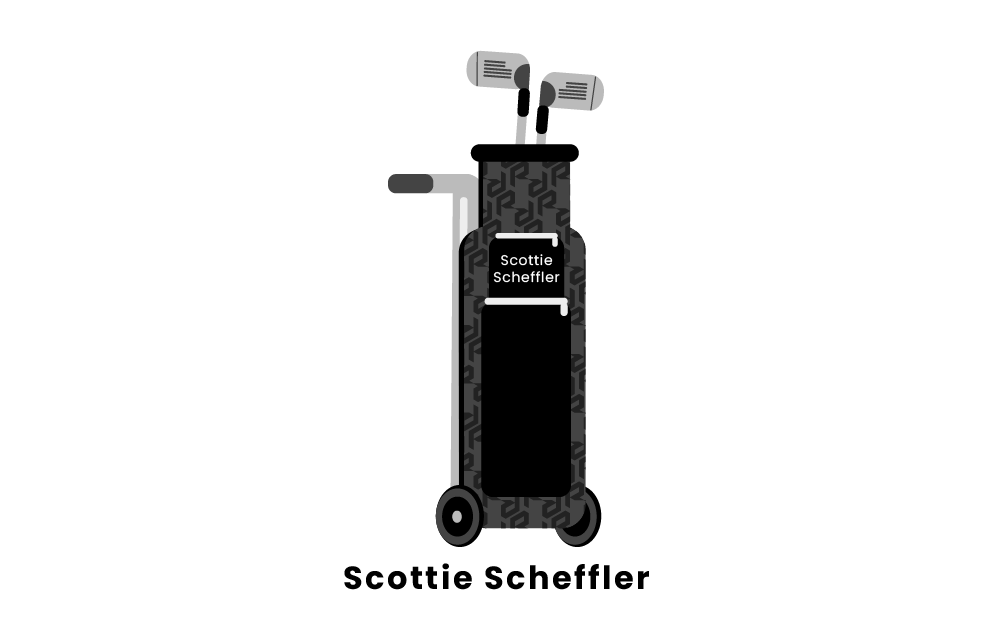 Scottie Scheffler is a professional golfer for the PGA Tour, who has had great success in the sport, to the tune of four career wins on the PGA Tour. He was born in New Jersey before his family moved to Texas. From a young age, Scottie liked to play golf and played throughout high school before playing at the University of Texas. During his time in college, Scheffler helped Texas win three Big 12 Championships and was the recipient of the Phil Mickelson Freshman of the Year award in 2015. Scheffler qualified for the US Open two times as a collegiate player, and was also part of the 2017 United States team which won the Walker Cup.

Scheffler turned professional in 2018. During his first season on the Korn Ferry Tour, Scheffler was named as Player of the Year. During his second season, he was named the PGA Tour’s Rookie of the Year. By 2022, Scheffler grew to have four wins in six starts and became a household golf name. Scheffler also found himself at the top of the world rankings in 2022 for the first time since turning professional.

Scheffler currently has a net worth of $4 million; however, this may be higher in reality, given his worldwide ranking and the fact that he has won one major. During his time on the PGA Tour, Scheffler has earned more than $17 million. For his win of the Waste Management Phoenix Open, he earned $1,476,000. His win at the 2022 Masters earned him $2.7 million. In terms of sponsorships, Scheffler has a club partnership with TaylorMade and a Nike apparel sponsorship.

Scheffler’s professional career began in 2018. During 2019, he played on the Korn Ferry Tour, where he led in combined points earned in the regular season and the finals. During the regular season, he finished as #3. In 2020, he finished his rookie season on the PGA Tour as #5 and was one of eight rookies to qualify for the FedExCup Playoffs. During the FedExCup Playoffs, he finished in the top five standings. Scheffler became the 11th player to earn a sub-60 score in the first round and a score of 59 in the second round.

During the 2022 season, Scheffler earned his first Masters win. This successful year began with a third-round score of 62 at the WM Phoenix Open, and Scheffler got into contention with his final-round score of 67 to play off against Patrick Cantlay. He won the Arnold Palmer Invitational with a third round 67 and a final round of a level-par 72. His wins made him the favorite to win the Masters, which he clinched with open rounds of 69-67.

Scheffler was gifted from the start. He was the 2013 US Junior Amateur winner, and in 2015, he won the Phil Mickelson Award. In 2016, Scheffler won the East Lake Cup. He was a 2017 US Open Low Amateur. Scheffler’s first win on the world scene came in 2017, where he aided the US team in winning the Walker Cup. Shortly after turning professional, he was the winner of the 2019 Evans Scholar Invitational. He was the 2019 Korn Ferry Tour Player of the Year.

Scheffler earned a fifth place finish at the FedExCup during his rookie PGA Tour season.  He shot a round of 59 at the 2020 Northern Trust tournament. Scheffler was the 2020 Rookie of the Year for the PGA Tour. He was the runner-up at the WGC-Dell Technologies Match Play in 2022. In 2022, Scheffler won the Masters Tournament as well as won the President’s Cup.

Scheffler’s mother, Diane, was the COO of a law firm in Texas while his father, Scott, was a stay-at-home father. Scheffler’s family had to borrow money in order for them to join Royal Oaks Country Club so that Scheffler had a place to play. Scheffler has three sisters named Callie, Molly, and Sara. Scheffler’s older sister Callie also played golf. At the 2016 US Open, Callie acted as her brother’s caddie and caddied for him a few times in the professional scene as well. Scheffler played many sports until high school such as lacrosse, basketball, baseball and football. Scheffler is involved with Triumph Over Kid Cancer, an organization started by his friend, James Ragan, who passed away at the age of 20.

Scheffler met his wife, Meredith, while they were both students at Highland Park High School. After high school, Meredith attended Texas A&M, while Scheffler matriculated at the University of Texas. During their time in college, Scheffler and Meredith maintained a long distance relationship. They got married in 2020 after six years of dating.

Who is Scottie Scheffler?

How fast is Scottie Scheffler’s Swing?

Scottie Scheffler’s average swing rate is 119.24 mph. On each of his swings, Scheffler slides backwards and jumps through impact, which is considered atypical. Scheffler uses his legs to help swing his arms through quickly.

Who is Scottie Scheffler married to?

Scottie Scheffler is married to his high school sweetheart, Meredith. The two met at Highland Park High School. They continued their relationship throughout college despite attending different universities. They were married in 2020 after six years of dating.