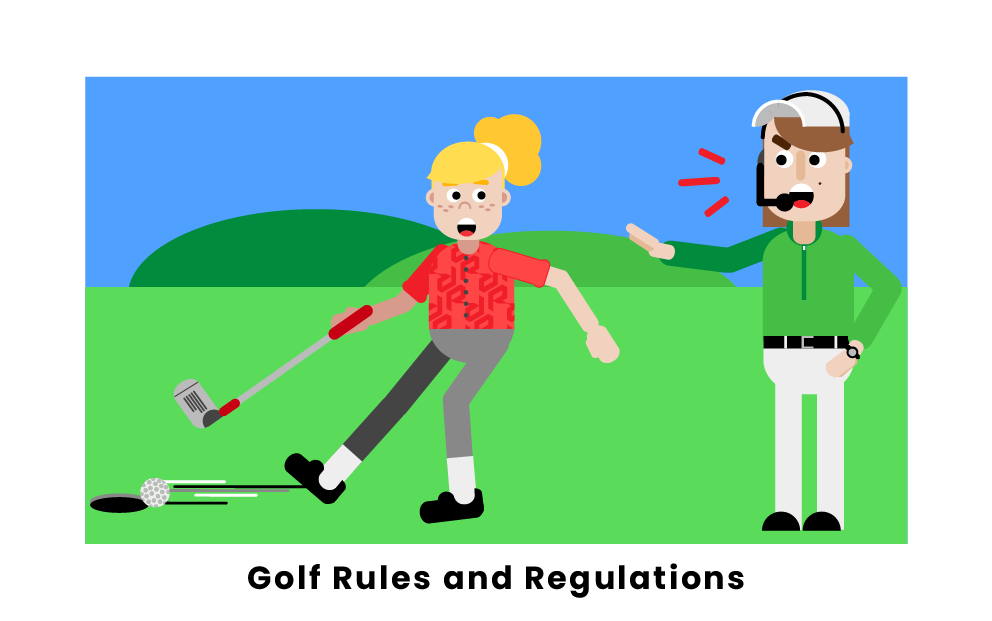 The Rules of Golf

Golf is always said to have originated in Scotland but early versions of the outdoor game are argued to have existed as early as Roman times. The game was professionalized in the UK in the 1600s and arrived in America a century later.

Its growth has resulted in the game being picked up across the world but became popular thanks to the U.S. offering personalities like Arnold Palmer and later Jack Nicklaus, the most successful professional golfer ever, to the game.

The modern version of the game has year-round almost weekly tournaments, including four majors. These four tournaments: The Masters, The US Open, The Open, and the USPGA; are the most prestigious the game has to offer.

Golf is played on a course of 18 holes. Each hole varies in length but is made up of a few main parts. They are: 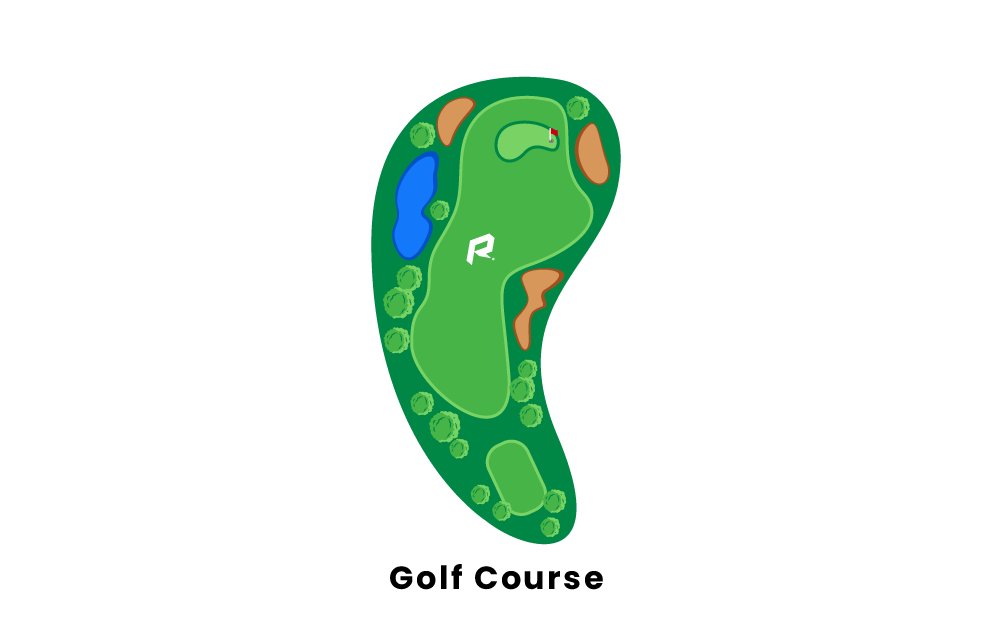 Players start each hole from the tee box. This is an area designated with two colored spheres that indicate where players tee off from. There are usually multiple tee boxes on each hole that will alter the length of a given hole. Black typically signals pro tees but colors can vary from course to course.

When a player tees off, they are aiming for the fairway. The fairway is any manicured area of grass that is between the tee box and green. On longer holes, there is more fairway and on shorter holes, there is less fairway. It is not a requirement for players to hit the ball onto the fairway but it does make it easier to hit on the next shot.

The green is where players are aiming to get to. Somewhere on the green is the hole, which must be 4.25 inches in diameter. Greens have even finer grass than the fairway and have a variety of undulated areas to make putting difficult. The placement of the hole can change depending on how difficult the course is or what day of a tournament it is.

Any water or sand on the course is considered a hazard. These are designed to make the course more challenging for experienced players. If a player's ball lands in the sand, the challenge for the player is simply a less forgiving surface to play from. If a ball lands in the water, it can cost a player a stroke on their scorecard.

The Objectives and Scoring

The objective of golf is to put the ball in the hole in as few strokes as possible to score a number that is less than par. Each hole on a golf course will be given a par. Par is the number of strokes a hole should typically take.

The score is kept in one of two ways. The simplest way is the stroke count of a golfer's round. For example, if a golfer makes par on every hole on a 72-par course, they shot a 72.

The second way to measure score is a plus/minus against par for the holes they have played at any given point. For example, if a golfer shoots the same score as above, they are considered even. If they birdied a hole, they are one-under-par or -1. The opposite is true if they shot a bogey. They are then one-over-par or +1.

To move the ball in golf, players can only do it with clubs. Depending on the situation, players will opt for different clubs. We will explain more about the different types below.

To move the ball, players must strike the ball with the head of their club so as to move the ball significant distances compared to if they used their body parts. Every time a ball is struck with a club, it is considered a stroke.

To swing a club, a player will line up the head of their club before swinging it back behind their head and then swinging through their body and back across the ball. This allows the momentum of the body movement to power the club movement and forces the ball in the direction intended by the player.

The game format of golf entirely depends on which competition or style is being played.

Traditionally, golf rounds end when a player finishes 18 holes. If a player is playing by themselves, this can take an unlimited amount of time. During tournaments, there are varying time limits for players to take their shot in order to allow all players a chance to play.

Tournaments typically take place over four days. Each day, a player plays 18 holes and their score for the tournament is calculated from all four rounds of the course.

If there is more than one player with the lowest number of strokes, playoff holes or rounds can be played depending on the tournament being played and its rules. 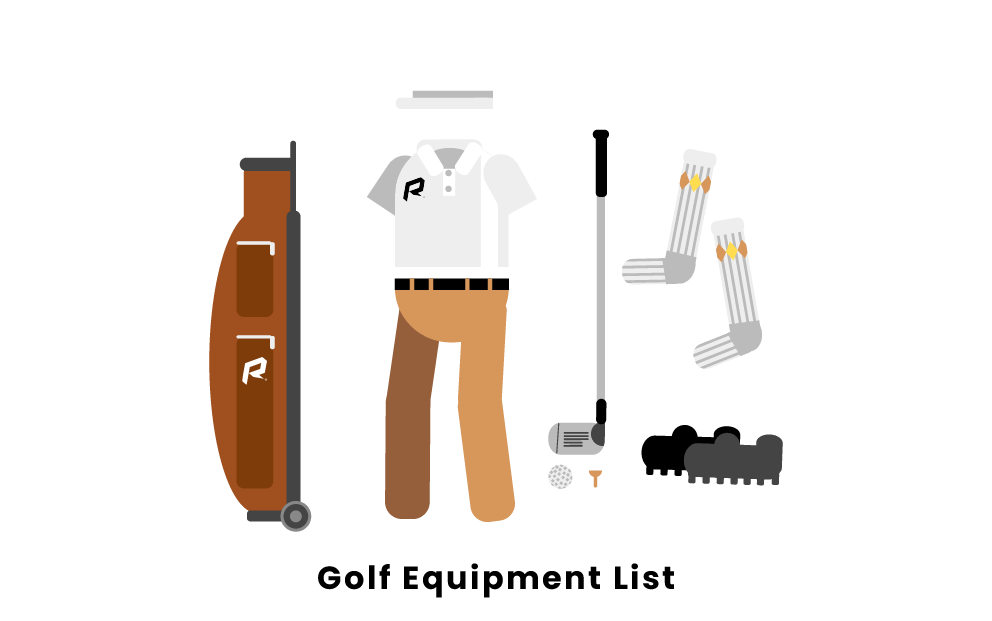 Golf requires many pieces of equipment. They are:

Most golf courses have strict dress codes. This means that male players need to wear a collared shirt, slacks and golf shoes. Women must either wear the same or can wear golf dresses or skirts.

Golf shoes are usually oxford shoes with spikes or another form of grip. The sole is usually carefully designed so as not to pull the grass of the course up and ruin the manicured grass.

The most important piece of equipment is the golf ball. Golf balls are spherical and are 1.68 inches in diameter. They are made from rubber with a hard, dimpled covering. They are dimpled to make them more aerodynamic. 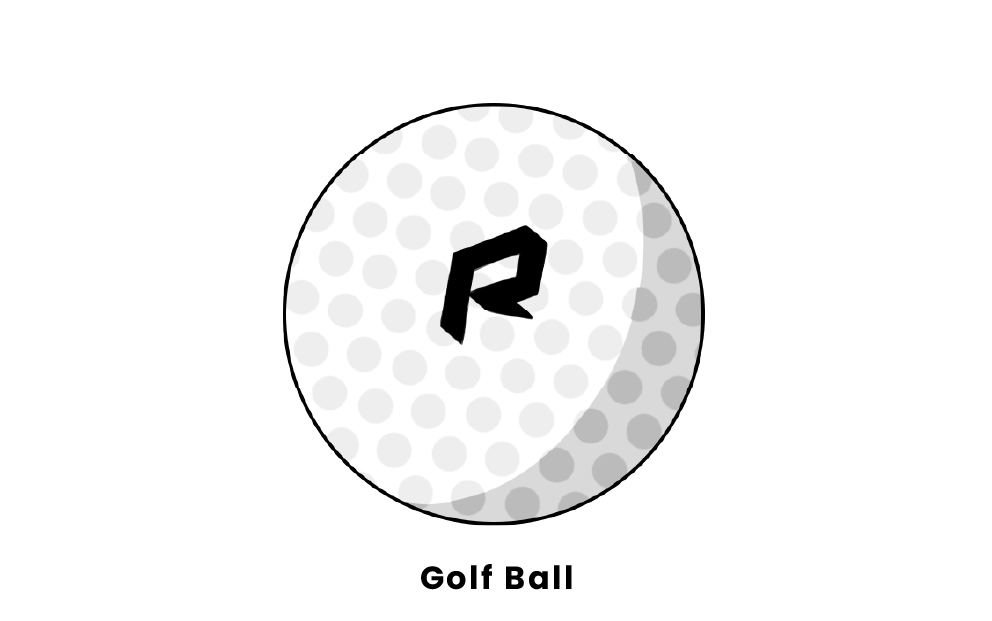 Clubs are very important because they are the way in which players move the ball in order to score. Historically, clubs were made from wood but modern clubs are mostly made from titanium. The improvement of the material has meant golf balls can be struck further and more accurately than ever.

Players are allowed up to 14 clubs in their bag. There are multiple types of club. They are:

The driver is the most common club used for initial tee shots. The driver is the only club not allowed to be used on fairways as it can damage the grass when used without a tee. It has a larger head than all other clubs.

Woods can hit the balls almost as far as drivers but can be used on the fairways. They also have large heads like drivers but are designed differently to ensure they don't take massive amounts of grass with them on shots. Players will carry at least two different woods in their bag.

Irons are the most varied clubs in a golfer's bag. Usually, a golfer will carry a three iron through a nine iron so that they can be used in different situations. A lower number will strike the ball with a lower trajectory and larger maximum distance. A higher numbered iron will hit the ball higher but shorter with more control.

Wedges are mostly for special situations or very short distances that are too long to putt from. Wedges hit very high trajectories but small distances. The sand and pitching wedge are the most common. The sand wedge is for use when a player's ball is being played from a sand hazard. Pitching wedges are used for shipping or short distance approach shots.

Finally, the putter is used predominantly on the green. It is the only club that can be used on a green but it can also be used from the fairway or rough also. It will not loft the ball at all and is nearly always the final club a player will use on a hole to knock the ball in.