The positions and stances in golf depend on where on the golf course you are, what club you are using, and what terrain you are dealing with. While the general framework of a golf swing remains the same no matter the club, things such as where on the clubface one hits the ball can differ. For example, a driver is most effective when the ball is hit square in the middle of the clubface off of a tee. This differs from a club such as a wedge in which a player wants to hit under the ball and scrape the ground in some cases before hitting the ball. Terrain such as sand, grass, or dirt may affect how a golf player positions his club throughout a match as well. Some golfers will purposefully try and hit away from obstacles such as sand wedges or bodies of water. The positioning of the club is probably the most important part of a golf swing other than the mental aspect. 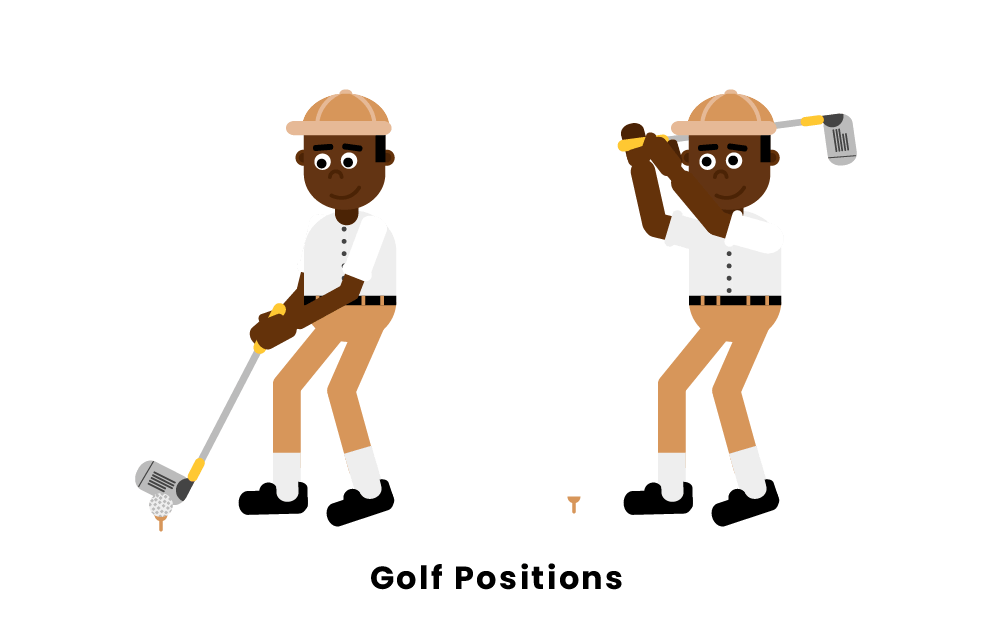 What is the correct stance for golf?

There isn't really a "correct" stance for golf. Golf is a game of comfort along with what works best from golfer to golfer. There are many concepts that have been widely accepted, however, no golf swing is exactly the same. The general concept is that a player stands with their feet shoulders width apart while the ball is an arms length away from them. The player then motions his club back until it is facing the complete opposite direction and then brings it towards the ball hitting it towards the hole. 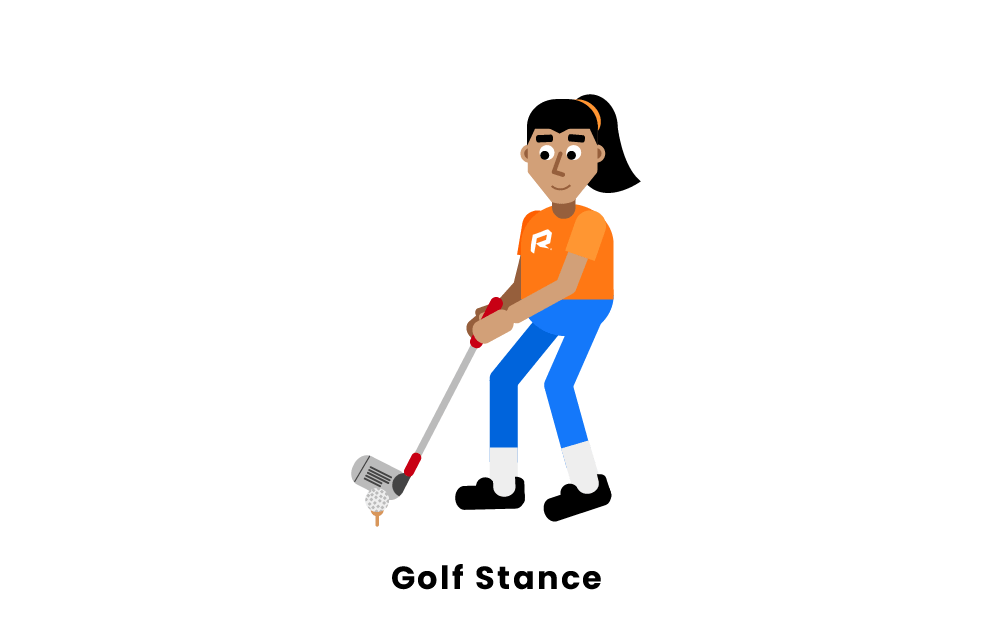 How do you position yourself for golf?

One should position themselves by facing their feet shoulders width apart in the direction of their target. Often the target is the hole but sometimes golfers may shoot to avoid obstacles, set up later shots, or the fairway may be so long that a golfer will have to hit it only some of the way. The golfer should be slightly bent over in order to reach the ball with the club and should also slightly bend the knees in order to be looser and more mobile. 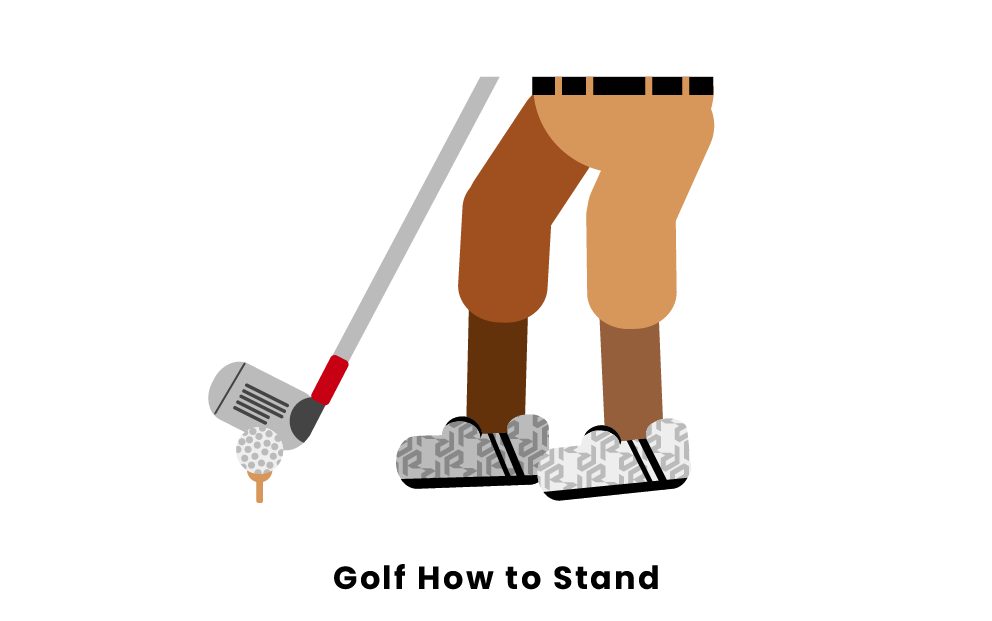 Where should the ball be in your golf stance?

As stated earlier, golf is all about comfort and whatever works best for you. It is often dictated that when hitting a ball off a tee one would want the ball further up in their stance while it should be further back if not. While this is generally accepted, some players modify where the ball is in their stance in order to feel more comfortable when swinging. It is all up to the golfer themself. 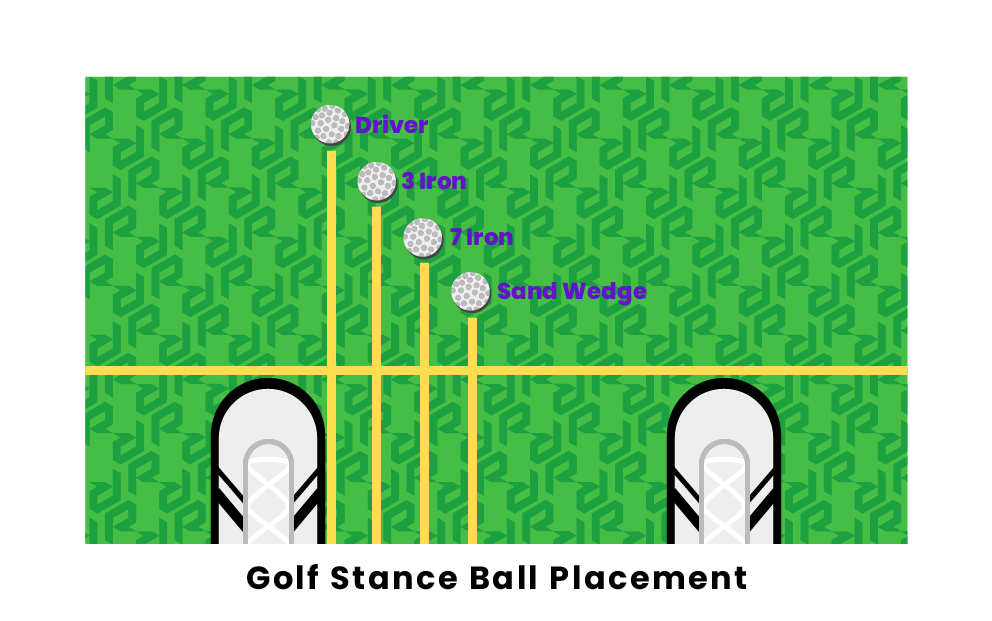 What is the correct distance to stand from a golf ball?

The correct distance to stand from a golf ball can vary from golfer to golfer and from club to club. Again, golf is about comfort, however it is normal for golfers to keep the ball about a club's length away so that they can extend their arms and get the face of the club to the ball. Some golfers can change this up and stand closer to the ball when chipping as they feel it gives them more control over where the ball will go.

What is the best stance for driving a golf ball?

While this can change from golfer to golfer it is widely accepted that a golfer should stand and arms-length from the golf ball with their feet shoulder-width apart and facing the target. The ball should be further up than normal almost to the front foot of the golfer when driving.

What does it mean to open your stance in golf?

What it means to open your stance in golf is to pull your front foot further left than normal. This is done in cases where someone is hitting the ball right too often and wants to hit the ball more middle. It can also be used by a golfer when they simply want to pull the ball to their prominent side. 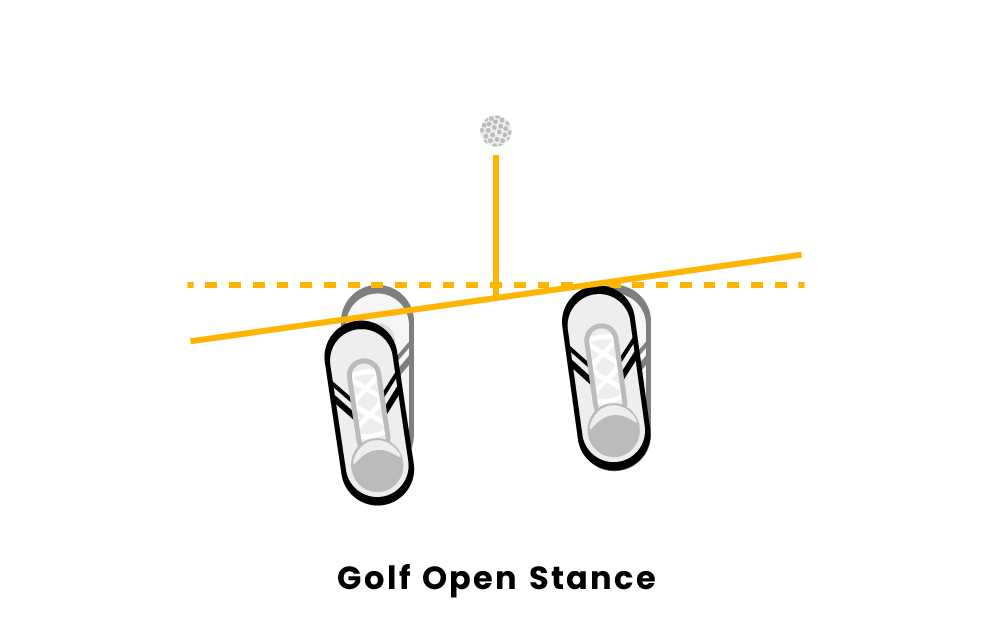 Why is stance important in golf?

A golfer's stance is important because it can dictate exactly where the ball will go on any given shot. If a golfer does not stand perfectly ready before swinging than this could mess up some aspect of their swing and send the ball in a completely different direction than previously planned.

How wide should my stance be for golf?

It is generally accepted that one's feet should be about shoulder-width apart when taking a golf swing but this can differ from golfer to golfer. Again, a lot of golf is comfort and doing whatever works best for you, so trying a wider stance may be beneficial if you're not comfortable with your feet at shoulder's length. 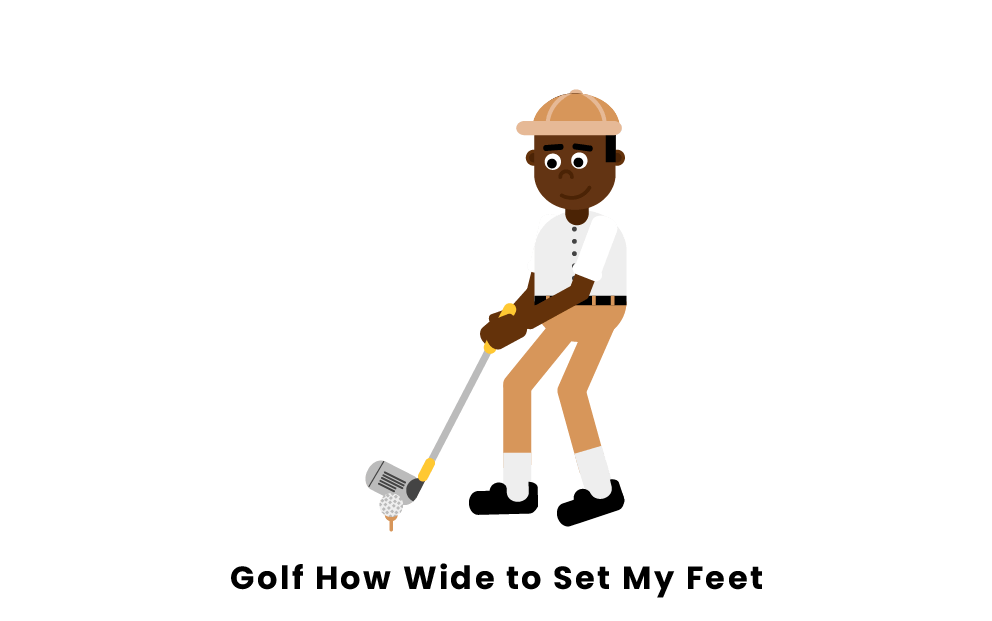 How can I improve my stance in golf?

To improve one's stance in golf the most crucial thing to do is just practice. Repetition and getting normalized with a consistent stance and swing is so important to improve one's golf game. Driving ranges can be very helpful before getting on a real course if a golfer wants to practice in a cheap and effective way. There are also many accurate golf simulators that can help with a golfer's game.