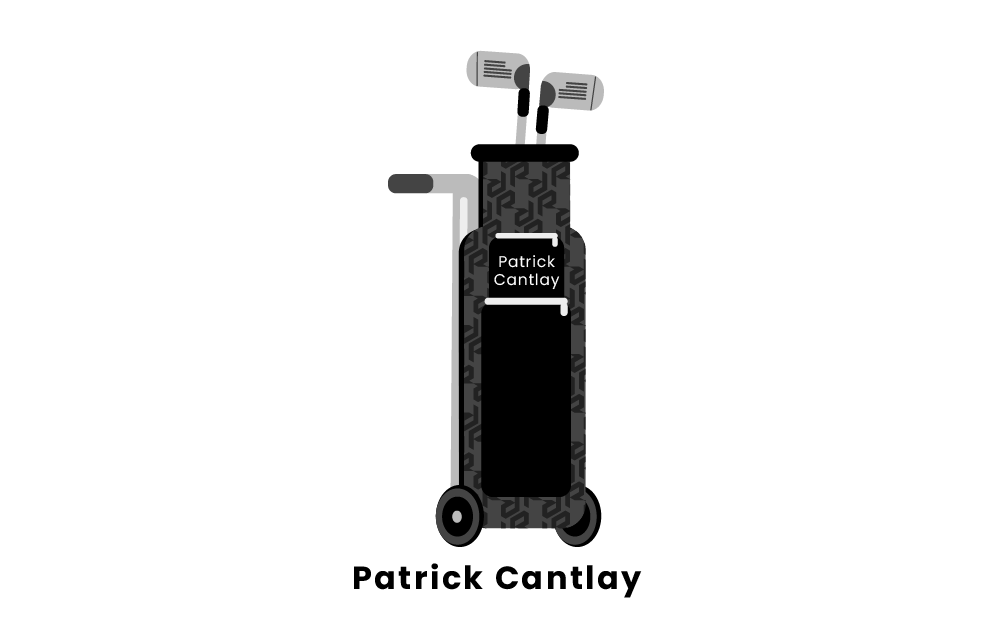 Patrick Cantlay is a professional golfer from Long Beach, California, who has been active since 2012. In 2014, he graduated from the Korn Ferry Tour to the PGA Tour and has been active on the PGA Tour ever since. Cantlay plays out of a major golf capital in Jupiter, Florida. He has won eight PGA Tour events from 2018 to 2022. Cantlay played college golf at UCLA, despite coming from a strictly University of Southern California family. However, his incredibly successful college career led him to his professional career. Additionally, his three younger siblings are also all competitive golfers. However, Patrick was by far the most successful in terms of his pro career, having ranked the number one amateur golfer for 54 weeks straight at the start.

Patrick Cantlay’s net worth is estimated to be around $17 million. With his PGA Tour earnings alone, Cantlay has brought home around $31 million. If you add on his FedEx Cup earnings, that would add another $15 million to the jackpot. He shows promise of growth and more earnings to increase his net worth even more.

Patrick Cantlay attended an all-boys Catholic high school in Anaheim, California. During his senior year, he won the state championship for golf and committed to attending and playing golf at UCLA. In his first season at UCLA, he began breaking records, was named the Pac-10 Golfer of the Year, and became the top-ranked amateur in the world. In 2012, at the age of 20, he joined the Korn Ferry Tour and won the Columbia Championship in 2013.

At the start of 2014, Cantlay joined the PGA Tour and gained slow success until he began winning more and more tournaments as he aged. In 2015, he had a back injury that only allowed him to play in one PGA Tour event. Cantlay’s PGA career took off in 2017 when he made thirteen starts and competed quite successfully despite his previous injuries.

Patrick Cantlay continues to win awards as his career goes on. His winning fashion began as early as childhood and continued into high school, college, and the pros. In September 2021, Cantlay won the PGA Tour Player of the Year award shortly after his big win in the FedEx Cup. For his eight PGA Tour victories, he won his first in the 2017-2018 season and four in 2020-2021. Going back to his amateur career, Patrick Cantlay earned himself the Fred Haskins Award in 2011 as the nation's top collegiate player and the Jack Nicklaus Award as the Division I Player of the Year, all during his time at UCLA. Cantlay has rarely taken a break from winning and continues to prove himself with this almost continuous stream of awards, titles, and honors.

Patrick Cantlay was born and raised in Long Beach, California, and is the oldest of four children. He was raised in a golf-oriented family, as his three siblings are also competitive golfers. In September of 2022, Cantlay and his girlfriend Nikki Guidish got engaged in Napa, California. The two of them live together in Jupiter, Florida. On his social media sites, Cantlay is quite private, mainly posting his golf skills, tournaments, and awards. Occasionally, he posts about his golden retriever, named Mav.

In his free time, Cantlay started the Patrick Cantlay Foundation, which focuses on supporting junior golfing accessibility across the United States and advocating for first responders. He tries to focus on areas that have deep meaning in his life, like his hometown and the area he lives in now. Overall, he aims to break down the financial barriers of golf for groups like these.

Patrick Cantlay’s biggest win on the PGA Tour was his 2021 FedEx Cup win. He beat out world #1 Jon Rahm by scoring 21 under par. At the end of the tournament, Cantlay took home a massive trophy and a $20 million prize. Some call this “golf’s biggest prize.”

What other golfer has Cantlay partnered with most famously?

Patrick Cantlay is known to play with one of his closest friends (and golf partners), Xander Schauffele. Schauffele is another Southern California native roughly the same age as Cantlay. The two played together in the Zurich Classic in April 2022, finishing at 29-under. As friends and teammates, the two have admitted that they feel comfortable and at ease playing with one another, allowing them to play even better golf.

Has Patrick Cantlay ever won the Masters Tournament?

Cantlay has played in the infamous Masters Tournament six times but never won. His best finish in the tournament was in 2019, when he shot five under par. At the end of the 2019 tournament, Cantlay went home with $508,750 in earnings. His longest drive at the Masters was in the fourth round, where he launched a 305-yard drive. His most recent appearance was the 2022 Masters, where he ended T39.