Golf Out of Bounds Penalty 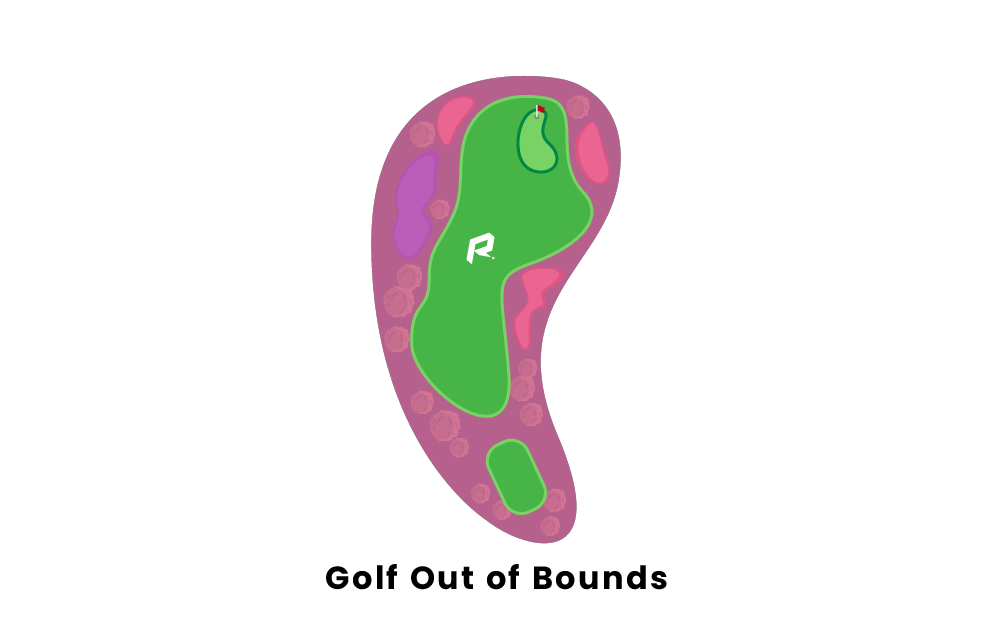 One of the most important rules of golf is for a player to try to keep their ball on the course at all times. Following the route of a hole makes golf easier to play and allows for more direct shots. In keeping with this rule, certain holes on a golf course have areas that are considered out of bounds, meaning that if a player’s ball lands in these areas, it will be considered removed from play.

The United States Golf Association (USGA) rules provide a comprehensive definition of what parts of a golf hole may be considered “out of bounds,” and thus unplayable if a player’s ball comes to rest there. In general, out of bounds is defined as any area that lies beyond the boundaries of the entire course. The respective course committee decides these boundary lines.

Out of bounds areas can also be delineated by painted lines on the course. In these cases, the inside edge of the line is considered in bounds, while the line itself and anything beyond it is out of bounds.

According to USGA Rule 18, if a player plays their ball from any point on the course and causes it to land out of bounds, they have committed an out of bounds penalty. Once a ball lands or rolls out of bounds, it is no longer considered playable from that point and must either be replaced or brought back to the spot of the previous stroke and played again.

In addition to taking stroke-and-distance relief, any player whose ball lands out of bounds must take a one-stroke penalty, bringing their score one stroke closer to or past par.

Similar Penalties to Out of Bounds

What is an out of bounds penalty in golf?

In golf, an out of bounds penalty occurs whenever a player’s ball lands or rolls beyond the marked area of the course. The edge of a course may be marked by various objects, including stakes, a fence, a wall, or painted lines. If a player’s ball goes beyond any of the indicated boundary lines, it is considered out of bounds, and the player must replay their previous stroke, in addition to receiving a penalty.

What are the consequences of hitting a ball out of bounds in golf?

If a player hits their golf ball out of bounds, they receive an out of bounds penalty of one stroke. This brings them one stroke closer to or past par. In addition to this penalty, the player must take stroke-and-distance relief, replaying their ball by bringing it back to the spot of the prior stroke and placing it in a specific area. This area is dependent upon which part of the course they are playing from.

Is there out of bounds on every golf hole?

Pages Related to Golf Out of Bounds Penalty