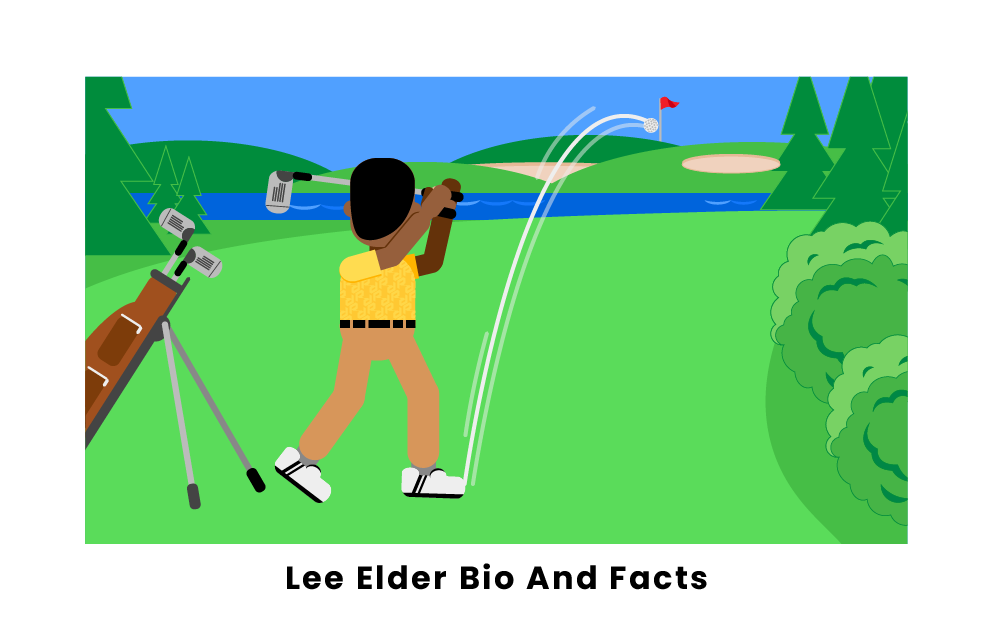 One of the great trailblazers in the history of golf, Lee Elder was most famously known for being the first athlete to break the color barrier in golf by playing the Masters in 1975. Born in Dallas, Texas, in 1934, Elder had a tumultuous childhood as a result of his father’s death in World War II and his mother’s death three months later, which forced his family to move from place to place for many years, until he finally settled in Los Angeles with his aunt. After working as a caddie for much of his youth, Elder left school to work in pro shops and locker rooms, learning about the game of golf but never playing a full round until he was 16. After securing the training of a top golfing teacher and briefly serving in the Army, Elder began to play in golf tournaments, winning 18 out of his first 22 contests. Elder won his first PGA Tour Tournament, the Monsanto Open, in 1974, and a year later, he became the first black golfer to be invited to the Masters, cementing his place as a historical figure in golf. Elder won a total of four PGA Tour wins, eight Senior PGA Tour Champions wins, and four other major tournaments, for a total of 16 professional wins. Elder passed away in November of 2021, at the age of 87.

Lee Elder’s golfing career began when he was 16, after years of working as a caddie and in pro shops. At 16, he played his first-ever round of golf, using golf balls he had scavenged from others and an old set of wooden clubs he had purchased second-hand. In order to make money, Elder would play games of trick golf, such as playing on one leg, on his knees, or cross-handed. He later joined up with Alvin Clarence Thomas, also known as “Titanic Thompson,” a golf hustler and gambler, posing as Thomas’ caddie and using his golf skills to make bets to win money. Elder also learned to play golf from Thomas Rhodes, a prominent African American golfer, who helped him achieve his 18 out of 22 UGA Tournament wins. Nevertheless, Elder only truly began to believe in his skill at golf when he qualified for the U.S. Open in 1966. Despite having to endure the ongoing racial prejudices of the sport, Elder managed to excel on the PGA Tour, including in a one-on-one playoff battle with the legendary Jack Niklaus in 1968, which Elder lost on the fifth hole in sudden death.

In 1974, Elder finally broke the ceiling of his career by winning the Monsanto Open, which allowed him to enter the most prestigious golf tournament of all, the Masters, in 1975. At that time, Elder was the first-ever black golfer to play in the Masters, and ongoing racial hostilities led him to receive many death threats in the months before his appearance in the tournament. At Augusta National in 1975, Elder shot a 74 on the first day of play, and a 78 on the second, unfortunately missing the cut. Still, his legacy was already cemented, and his fame only continued afterward. Elder would return to the Masters five more times in his career, never winning but ranking as high as seventeenth place in 1979. In the years that followed, Elder added to his professional wins in the years that followed with four PGA Tour Titles, eight PGA Tour Champions Titles, and four wins in other major tournaments. His last victory was the 1988 Senior Tour. Elder was also present as a spectator for the groundbreaking 1997 win of Tiger Woods at the Masters, cheering on from the crowds as Woods became the first black golfer to win the Masters. Elder officially retired from golf in 2005.

During his career, Lee Elder won four PGA Tour Tournaments: the Monsanto Open of 1974, the Houston Open of 1976, the Greater Milwaukee Open of 1978, and the American Express Westchester Classic of 1978. His wins at the Monsanto Open and the Greater Milwaukee Open both came in playoff rounds. At Monsanto, Elder beat runner-up Peter Oosterhuis with a birdie on the fourth extra hole, and at Milwaukee, he beat runner-up Lee Trevino with a par on the eighth extra hole.

In 2019, Elder was honored as the USGA Bob Jones Award recipient, the highest honor awarded by the USGA, which recognizes golfers with exemplary spirit, character, and respect for the sport. Elder was the first African American golfer to win the award, which was created in 1955.

Lee Elder was married twice over the course of his life. His first wife, Rose Harper, was a fellow golfer who married Elder in 1966 and later gave up her golfer career in order to serve as Elder’s manager. In 1974, Elder and Harper co-founded a charity that offered college scholarships for students whose families had limited income. After some years of marriage, Elder and Harper divorced, and in 1995, Elder married Sharon Anderson, to whom he remained married until his death in 2021.

Much of Elder’s personal life was devoted to activism on the part of equal rights for African American and black golfers of all ethnicities, who had long experienced discrimination in all sports, including golf. In 1986, Elder protested the PGA’s decision to permit four American golfers to play a tournament in Sun City, Bophuthatswana, an area established and maintained by the then-apartheid government of South Africa. In 1990, Elder spoke out on the issue of country clubs nationwide that were still denying memberships to black golfers. Throughout his life, Elder promoted youth programs for young black golfers, helped raise funds for the Negro College Fund, and served on the advisory boards for Goodwill Industries.

Who was Lee Elder?

Lee Elder was an American professional golfer who was notable for becoming the first-ever black golfer to play at the Masters Tournament. Elder first qualified for the Masters in 1975 after winning the 1974 Monsanto Open and would play in six total Masters Tournaments. Elder had a long and prestigious golfing career, winning 16 professional tournaments before his retirement in 2005. He passed away in 2021.

How many professional wins does Lee Elder have?

Lee Elder accumulated 16 professional golfing wins over the course of his career. These wins included four PGA Tour victories: the Monsanto Open (1974), the Houston Open (1976), the Greater Milwaukee Open (1978), and the American Express Westchester Classic (1978), in addition to eight Senior PGA Tour wins from 1984 to 1988 and four wins in foreign tournaments between 1971 and 1986.

Did Lee Elder ever win the Masters?

Though Lee Elder played in the Masters Tournament six times, he never won the most prestigious tournament in golf. However, he placed in three of Elder’s six appearances, including in seventeenth place in 1979. Though he made it to the Masters in 1975, becoming the first black golfer to do so, Elder was cut after two days due to his score and also failed to make the cut in his Masters appearances in 1980 and 1981.