How Much Does A Yearly Golf Membership Cost? 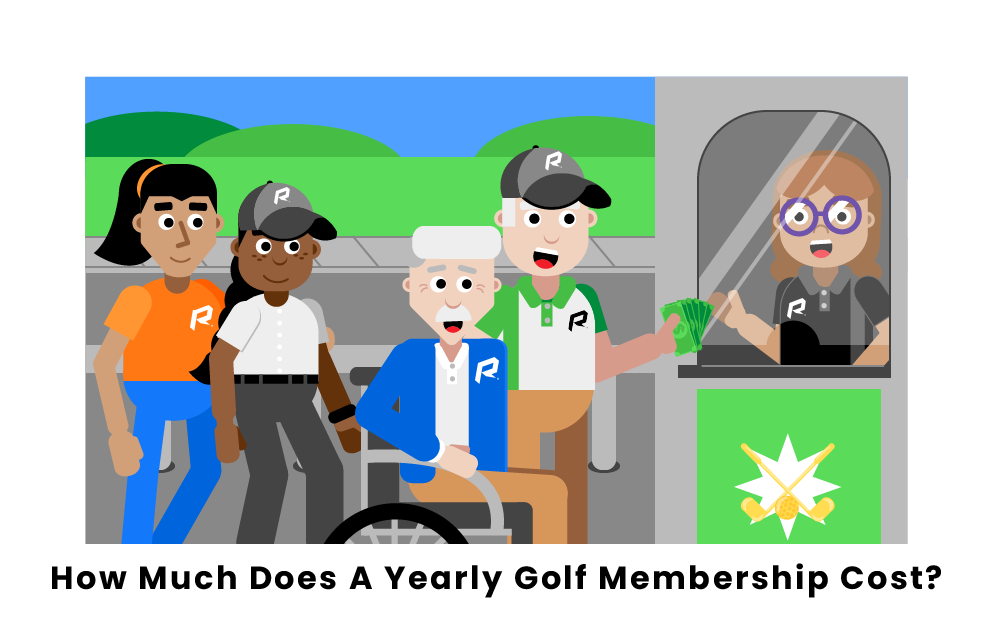 Golf is a fun pastime and sport for many, and most players play through memberships at a golf club. There are many factors that differentiate golf clubs, including the difference between a public or private club, the club’s prestige, and the quality of its courses. So how much does a yearly golf membership cost? The price can vary wildly based on the following factors.

The first difference in yearly golf club membership price is the type of golf club. There are three types of clubs, public, of which there are either municipal clubs or privately owned clubs, and private. Municipal golf clubs are unique in that they are owned by municipalities, typically owned by the cities where they are located. The second type of club is a privately owned public club, one of the most famous ones being the Pebble Beach Golf Links, which are open to the public but can also offer memberships. The final type of golf club is private clubs, which are typically the most expensive golf clubs.

Municipal courses often do not have yearly memberships; instead, they might offer residency programs, giving discounts to municipality residents. For example, at Harding Park in San Francisco, a golfer can buy a San Francisco residency card for $118 and receive reduced or preferred rates.

The price of a membership at a privately owned public club can also vary, with the Cinnabar Hills club in San Jose offering two yearly memberships with different benefits, one being $6,000 for unlimited access to the courses and other benefits and another being $1,500 annually with discounted golf rates.

There are also cheaper yearly membership options at public courses. For example, the Half Moon Bay Golf Links, another publicly-owned course in California, offers yearly membership for $299 with the benefit of discounted golf rates.

Private clubs have the most expensive membership costs. The Augusta National Golf Club, a private club famous for hosting the Masters Tournament, has a $40,000 initiation fee, and yearly membership dues are estimated to be a few thousand dollars per year.

How much do golf clubs cost?

Some courses offer rental clubs. However, many golfers prefer to have their own set. Starter sets are available, and a potential golfer can find ones costing anywhere from a few hundred dollars for the most basic set to over one thousand dollars for the higher-end sets. Although starter sets are available, typically, golf clubs are bought individually, with the price varying depending on the type of club. The most expensive club is usually a driver. A driver from Callaway, one of the leading golf brands, can cost anywhere from $500 to $700.

Pages Related to How Much Does A Yearly Golf Membership Cost?