How Many Tournaments Do PGA Players Play Per Year? 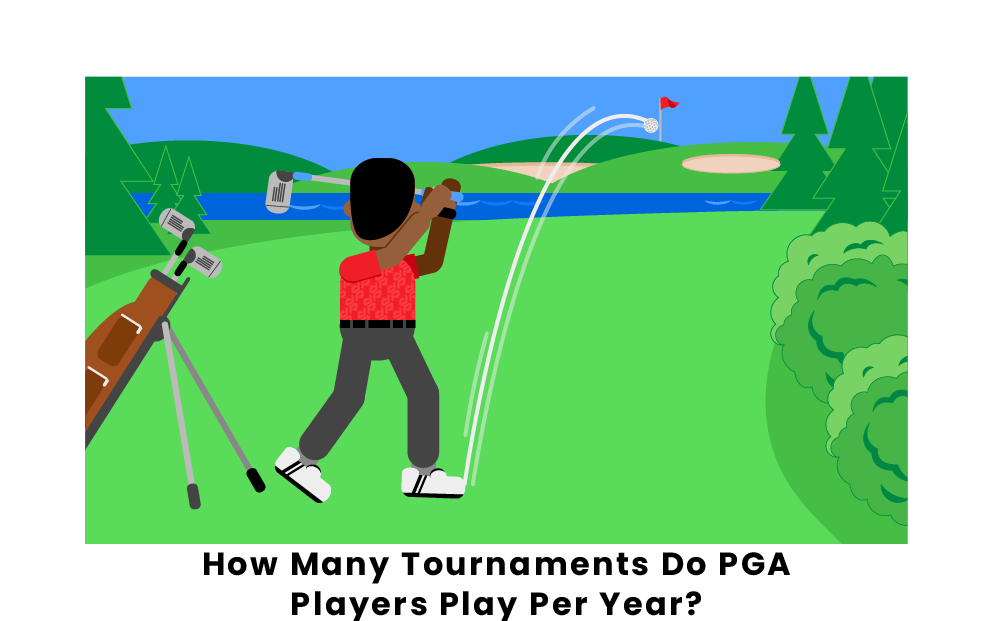 How many tournaments do PGA players play per year? Professional golfers are required to play a certain amount of tournaments in order to retain membership on the PGA Tour. Read on to learn about this minimum, as well as the average and maximum total tournaments a PGA player will participate in each year.

There are certain requirements for professional golfers in order to maintain membership on the PGA Tour. One specific mandate is the required number of tournaments that golfers must compete in. In order to maintain membership, golfers on the PGA Tour must play in at least 15 tournaments every season. The regular-season golf schedule typically includes 37 weeks in which golfers can participate in tournaments. The PGA Tour season normally spans from mid-September to the end of August of the following year. Major tournaments are spread out throughout the year, and smaller ones occur almost every weekend.

PGA players have the freedom to choose some of the tournaments they want to play in, while they have to qualify for others. Recently, the PGA has required certain golfers to participate in a tournament that they haven’t gone to in the past four years. This rule is meant to increase participation from higher-ranked golfers at lesser-known tournaments.

Some of the most popular tournaments that PGA players compete in include:

As mentioned, a PGA player will play around 20 to 30 tournaments every season on average. However, the PGA Tour record for the most tournaments played in a single season is 38, which was done by Buddy Gardner in 1986. During this season, Gardner participated in 38 different tournaments but only made 18 cuts. As a result, Gardner earned only $92,000 in official prize money, which is a relatively small amount. In addition, Gardner only had two top-ten finishes during the 1986 season.

Two years later, PGA player Mike Donald would tie Gardner’s record with 38 tournaments played during the span of a season. During the 1988 season, Donald made the cut 20 times out of 38 tournaments played. In total, Donald had four top-seven finishes throughout the season. Both Gardner and Donald competed in two unofficial events, which increased their playing total to 40 tournaments each.

How many PGA Tour events are there per year?

There are 48 official PGA Tour events every year. This total includes 45 regular-season tournaments and three events that make up the FedEx Cup Playoffs. Many events on the PGA Tour are longtime fixtures of the circuit, but the schedule changes every year. The most recent addition to the PGA Tour schedule is the Genesis Scottish Open, added for the 2021-22 season.

How many players are on the PGA Tour?

What is the PGA Tour minimum number of required events?

Pages Related to How Many Tournaments Do PGA Players Play Per Year?