How Does Scoring Work In Golf? 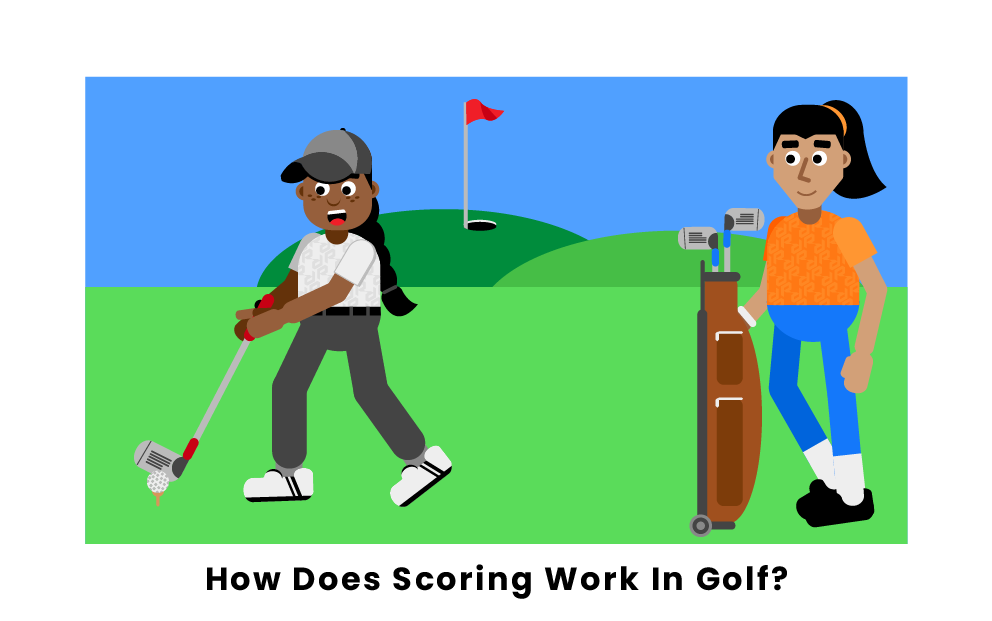 In golf, athletes score points by hitting the golf ball into a hole in the least amount of strokes possible. The golfer with the lowest score wins. 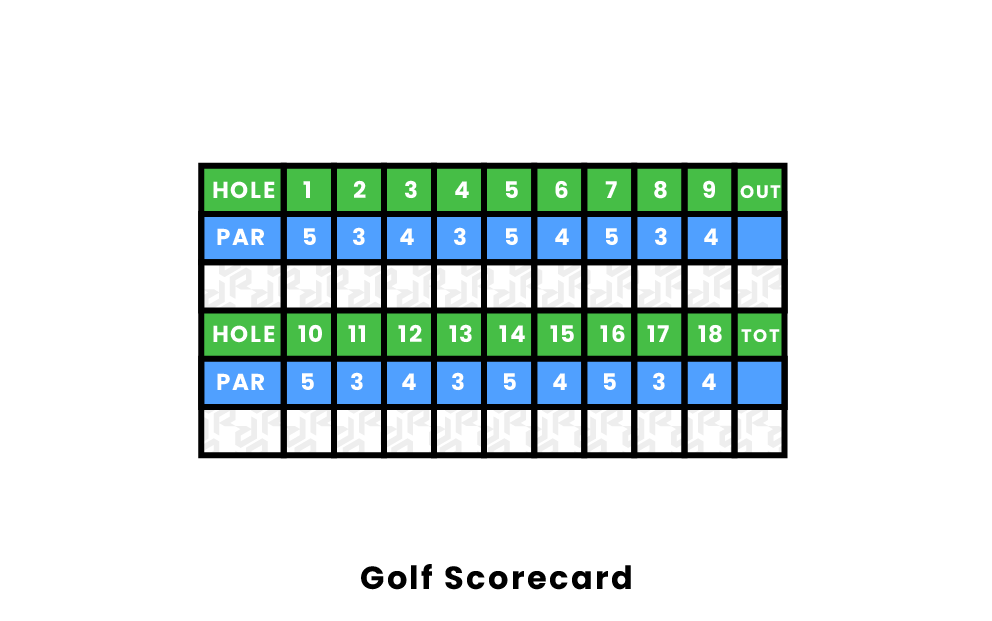 Unlike most sports, the best score in golf is the lowest score. In a golf match, each player will play 18 holes where they will try to hit the ball into the cup using the least amount of hits. Every hole on a golf course has a designated par, which is the score that a skillful golfer would typically shoot. For example, a par-4 hole means that a skilled player would usually use around 4 shots to make it in the hole.

Pars can range from 3 to 5 depending on how far away the tee box is from the hole. Par 3's are much shorter holes compared to par 5's. There are different terms used to describe how a golfer shoots compared to the par, as shown below:

The combined pars from all 18 holes represents the course par. The final score a golfer ends with is the total strokes either above, below, or even with par. For example, if a golfer shoots a 72 on a par 76 course, their score is 72 and they shot 4 under par (-4). Another golfer may shoot a score of 84, meaning they scored 8 shots over par (+8).

Stroke play is the scoring system described above and it is the most common type of system used in golf match. All professional golf tournaments on the PGA Tour use stroke play, since it uses an individual's score to determine who wins.

Match play is a different form of scoring that uses the number of holes won to decide the winner. Rather than combining a player's total score, players compete against each other for a better score on each hole. The player with the lower score on the hole will win that hole. At the end of the match, the player or team with more holes won will win the match.

There are many instances where additional penalty strokes may be applied to a golfer's score. If a golfer hits a shot out of bounds or into a water hazard, the player must hit another shot and an extra stroke is applied to their score. When a golfer is unable to find their golf ball in play, they must go back to their previous position and re-hit, adding an additional stroke to their score as well.

In professional golf, there are dozens of unusual rules that may affect a players score. Mistakes such as asking another player what club they hit with for their shot, accidentally hitting your opponents ball, or even making any form of contact between your club and a hazard or bunker before hitting can result in an extra stroke on your score.

What are the basics of scorekeeping in golf?

Scorekeeping in golf is very simple: after every hole, write down the amount of times it took you to hit the ball into the hole. Golf players use scorecards to keep track of everyone who is playing and their scores. Every golf course has their own scorecard, which shows the distance to each hole from the tee box, the par for each hole, and the hole number.

What is a good score in golf?

Golf scores are all dependent on the player's skill level. It takes many years of practice for players in the PGA to reach that skill level and maintain it as a career. For a professional player, a good score is anything under par for the whole course. In multi-day elimination tournaments, players who shoot over par don't usually make it to the next day of golf finals. Every course differs in difficulty level, but in general, any player that shoots below their typical score can classify that score as a good golf round.

How does match play scoring work?

Match play is a different form of scoring that is usually played when golfers are competing as teams against each other. The player with the best score on the hole will win that hole, earning a point for either themselves or their team. The team with the most points after 18 holes wins the match. Match play is not common in professional golf, but is a very fun scoring system for recreational golfers.

Pages Related to How Does Scoring Work In Golf?