How Do You Get Out Bunkers In Golf? 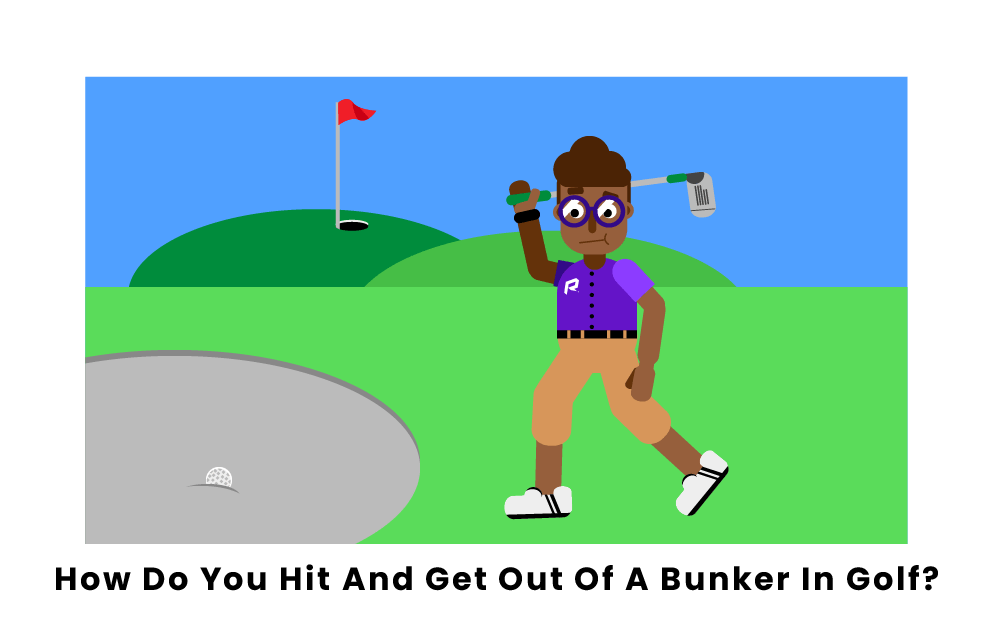 The correct way to remove the ball from the bunker forces the golfer to hit the sand behind the ball not initially making contact with the ball right away.

Hitting the ball into the bunker is one of the most aggravating things on the golf course for the average golfer because of the relative difficulty of the next shot in the bunker. Few amateur golfers find consistency in bunker shots because of the abstract nature of the shot itself. A bunker shot is unlike a shot from the fairway, tee, or even the rough as the surface is drastically different than these others. A golfer must think differently when entering the sand in order to succeed consistently in removing their ball from the bunker. This different mindset brings a different technique to the golf shot that seems counterintuitive in nature at first but works much better than the normal swing.

The technique is quite different from a normal golf shot however the concept is not too difficult to grasp. A normal golf shot has the golfer attack the ball and make contact with the ball first then the ground and follow through after this. A good bunker shot completes this process in reverse. The club should strike behind the ball and catch the golf ball on the follow through lifting it softly out of the sand and onto the green or fairway.

The main focus is making a square swing to the ball and keeping the club square through the sand until the ball is struck. Many times an almost full backswing is needed for a successful bunker shot too meaning the point of contact for the ball is the only major difference. All in all, a bunker shot is essential for all golfers who want to score as low and possible and this process must be thought about to be successful.

Pages Related to How Do You Get Out Bunkers In Golf?