How Do PGA Standings Work? 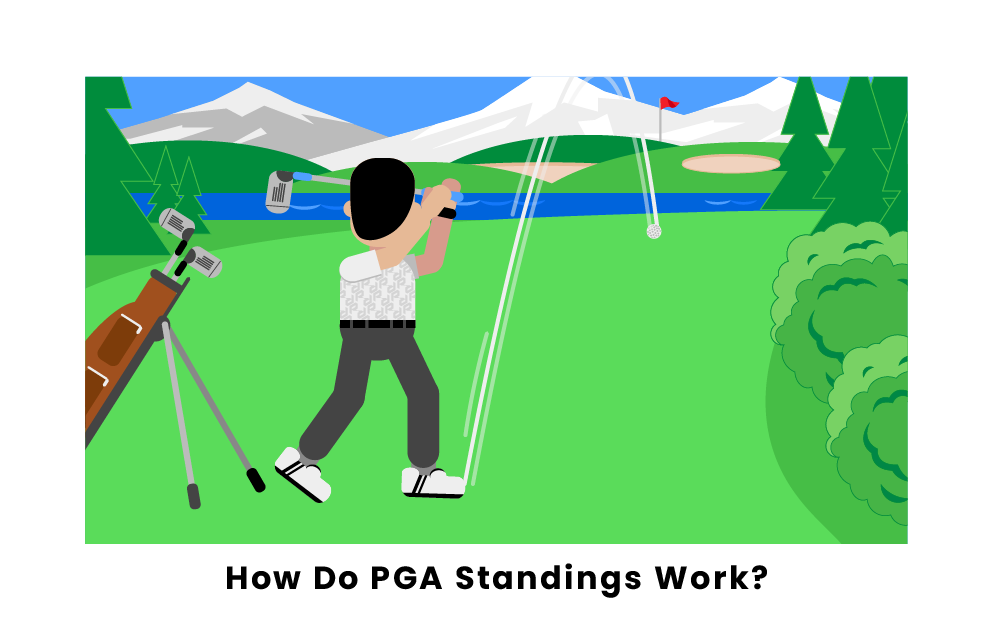 Every year from January through August, golfers from around the world compete in the PGA season. Tournaments are held every weekend, and anything can happen on a given week, from one player dominating to an unknown making a name for themselves. At the end of this months-long journey, a final set of standings is tallied, which determines who gets to tee it up in the playoffs. Keep reading to learn more about how the PGA standings are determined and their effect on golfers.

What Are The PGA Standings?

The PGA standings are a list that is kept throughout the season, showing which golfers have played the best amongst their peers. These standings are a good way for fans to keep track of who’s been golfing well and who are some of the names to watch for in the following weekend's event. The standings are based on a points system, where golfers with the most points are ranked at the top.

How Are Points Earned?

While wins are the most exciting part of the season for golfers, it’s not the only way they can earn their way to the top of the leaderboard when it comes to standings. Points on the PGA Tour are awarded based on a player’s finish in an event and add to whatever total the golfer previously had. Wins provide a player the most points possible, with winners of any of the four majors taking home 600 points and winners of PGA Tour events taking 500 points. In a normal PGA event, second place is awarded 300 points, third place is awarded 190 points, and the rest scale down by a predetermined formula for players who made the cut. Due to this, though wins are very important, it is possible for a golfer to remain high on the standings if they consistently finish in the top three or even the top five of many events. Consistency is valued heavily in the PGA standings, where golfers who play well every weekend will come out ahead of players who hit it big once or twice.

How Does Ranking Affect the Playoffs?

At the end of the regular season, the PGA will release a final version of the standings. The season usually ends in mid-August, at which point the top 125 players are invited to compete in the playoffs. There are three events that progressively cut down the field, with the end of the first event cutting to 70 players, then cutting to 30 for the last event. Like in other sports, there is an advantage to finishing at the top of the rankings in golf. The number one ranked player starts the final event at ten-under par, the second-ranked player starts at eight-under, the third-ranked player starts at seven-under, and so on. The only players who do not start with any advantage are the players ranked 26th-30th, so finishing close to the top of the standings at the end of the regular season is crucial for players looking to win it all.

Pages Related to How Do PGA Standings Work?