How Do College Golf Tournaments Work? 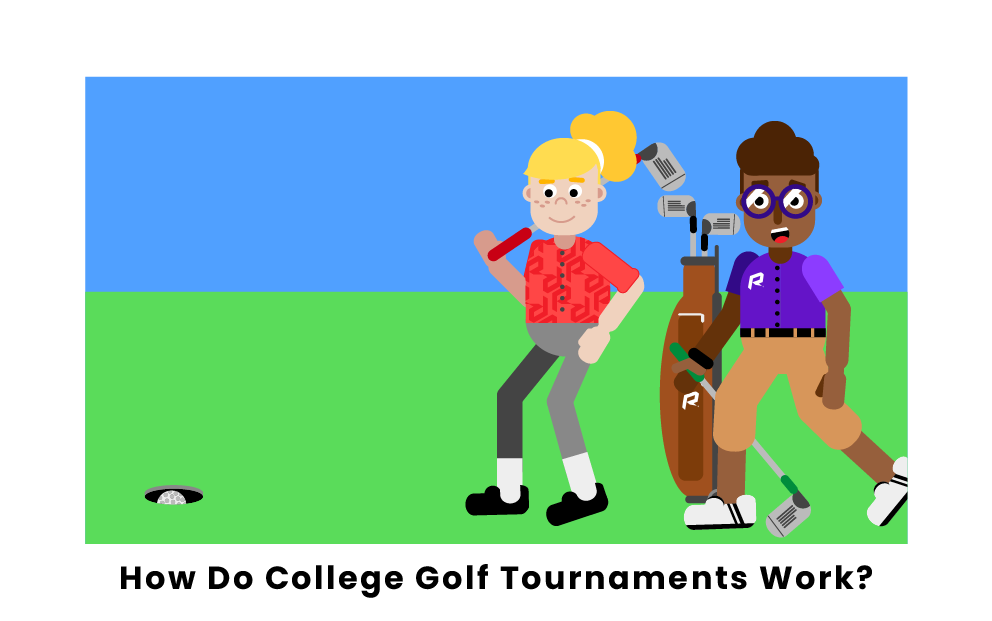 At the beginning of each annual NCAA golf tournament, there are over 150 individual players, who are subdivided into teams based upon which colleges they represent. These teams each consist of five players. Additional players are also included in the tournament but play as unaffiliated golfers competing for the individual championship. The additional players are drawn from the pool of best golfers from colleges whose teams did not make the cut for the team championship.

The tournament begins with three 18-hole rounds of stroke play, after which all but the top 15 teams are eliminated, and only nine individual championship contenders remain. Team scores consist of combining the scores of the top four players on each team. In the fourth round, also a stroke-play round, the number of teams is reduced to eight, and these teams are seeded in a bracket based upon their order of finish in the fourth round. The fourth round also results in the crowning of the individual champion. The final round of the tournament involves the eight bracketed teams facing off in rounds of match play golf, rather than stroke play, with the ultimate victory going to the team which successfully advances through the bracket’s three rounds.

The NCAA Golf Tournament format is based off of previously-used formats for professional golf championships such as the PGA Tour, which fell out of style in the professional leagues, but remained the same at the college level.

As NCAA golf tournaments make use of both stroke play and match play, it is important to know what these terms are and how they affect the game of golf. Stroke play refers to a system of scoring in golf where the winner of a round is the player with the least overall number of strokes. Conversely, match play treats each hole of a golf course as being worth one point, with that point being awarded to whichever player has the fewest strokes on that hole and the ultimate victory going to the player who has won the most holes.

The difference between these two types of play is important in terms of strategizing for a college golf tournament. For the first four rounds, which are stroke-play rounds, keeping one’s strokes to an absolute minimum is necessary in order to avoid falling behind by too many strokes to recover from. However, in the final match play rounds, players can concern themselves less with their overall number of strokes and focus more on winning each individual hole, knowing that each hole counts for a single point.

Though it may seem complex and confusing at first, the format for NCAA Golf Tournaments emphasizes the different types and strategies of the game of golf equally, allowing players to excel both individually and as teammates. The unique blend of stroke play and match play helps the golfers involved develop crucial skills on the course, allowing them to improve both the individual game and their strengths as a team.

Pages Related to How Do College Golf Tournaments Work?