How Can I Play A Round Of Golf At Augusta National? 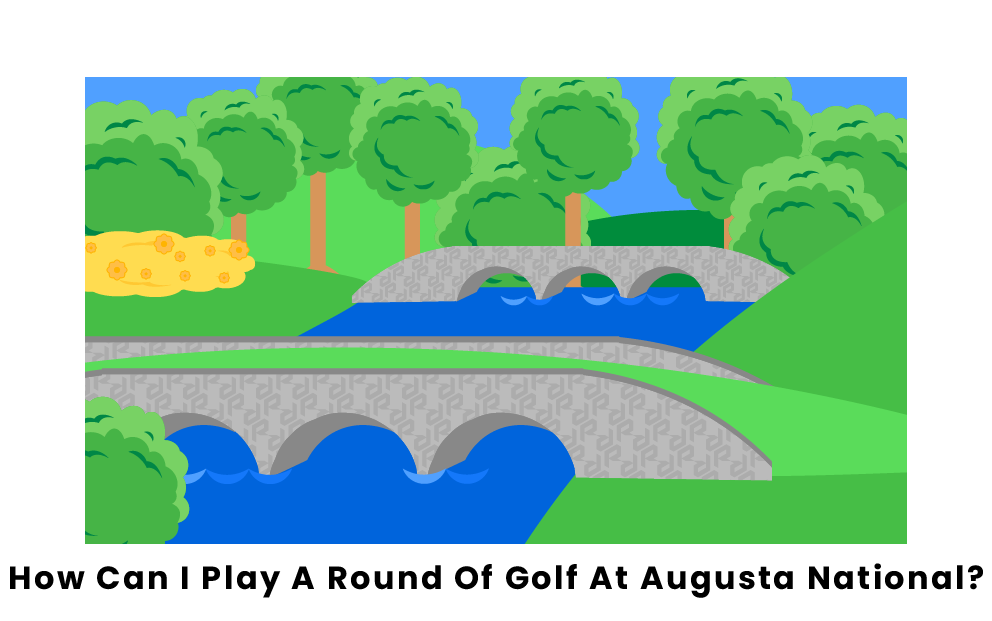 Augusta National is one of the hardest golf courses to play a round at. Membership is invitation-only, meaning that the only way to even become a member of this course is to know somebody who is a member.

Augusta National Golf Course is one of the nicest and best-kept golf courses that you will see in America. It is the nicest golf course that many play on throughout their entire life.

While it is the least-feasible of the options on this list, the only way to get as much unrestricted access to the Augusta National Golf Course as possible is to become a member of the course’s golf club. Surprisingly, Augusta National’s membership fees are substantially lower than most other private, prestigious golf clubs, which often have entry fees of $100,000 or more.

However, this does not mean that a membership at Augusta National is cheap, or easy to obtain. In order to join the club, a prospective member must first be invited to join, and then must pay initiation fees of around $20,000 to $40,000, along with yearly dues of several thousand dollars in addition, all of which is well out of range for the average golfer. Additionally, because the club prefers to keep its membership list around 300 people, spots are extremely limited, and usually only become available when a current member dies or leaves the club. These free spots are often taken quickly by those with connections, such as politicians or star athletes, meaning that even those who have the money to pay the entry fees may be out of luck if they are not influential enough.

Despite these impediments, for those who have the money and power to do so, a membership at Augusta National is the surest way to be able to play on the course–and, as we will see below, to get one’s friends and family in to play there as well.

Aside from becoming a member at Augusta National, one can earn the right to play there by knowing a member of the club. There are roughly 300 members of Augusta National, and being invited by one of them is the quickest way to get a round in at the famous course. Members are allowed to bring up to four guests on the course at a time, each for a relatively small fee of around $40.

Someone could play a round at Augusta National by winning the media ballot at the Masters, which is when media members covering the Masters tournament are randomly selected to play a round for free on the day after the tournament. As with most options on this list, these media slots are extremely limited.

Qualifying for the Masters

Other Ways to Play

Other ways to play at Augusta National also include becoming a volunteer for the Masters, which is said to be just as hard as securing membership at Augusta National, or working as a caddie at the golf course. Occasionally, volunteers and caddies may be able to play a round at Augusta in the event of a vacancy, but this is extremely rare.

Where is Augusta National Golf Course?

Augusta National Golf Course is located in Augusta, Georgia. Augusta itself is about a two hour car ride away from the capital of Georgia, Atlanta.

When can you play at Augusta National?

Whether you are a member or a guest of a member at the Augusta National Golf Course, there are specific times of the year when you are permitted to play golf on the course. Typically, members are allowed to play during the golf season, which runs from October to May at Augusta. There is, of course, a brief period in early April when the course is closed even to members, which is when the Masters Tournament occurs.

How much does it cost to play Augusta National?

To play at Augusta National you either need to become a member via invitation and pay the membership fee (which can often cost about $20,000 to $40,000 in initial dues, along with a yearly fee of approximately $4,000-$7,000) or arrive as a guest of a member and pay a $40 guest fee. So, while visiting as a guest doesn’t prove too costly, being a member costs quite a large sum.

Pages Related to How Can I Play A Round Of Golf At Augusta National?