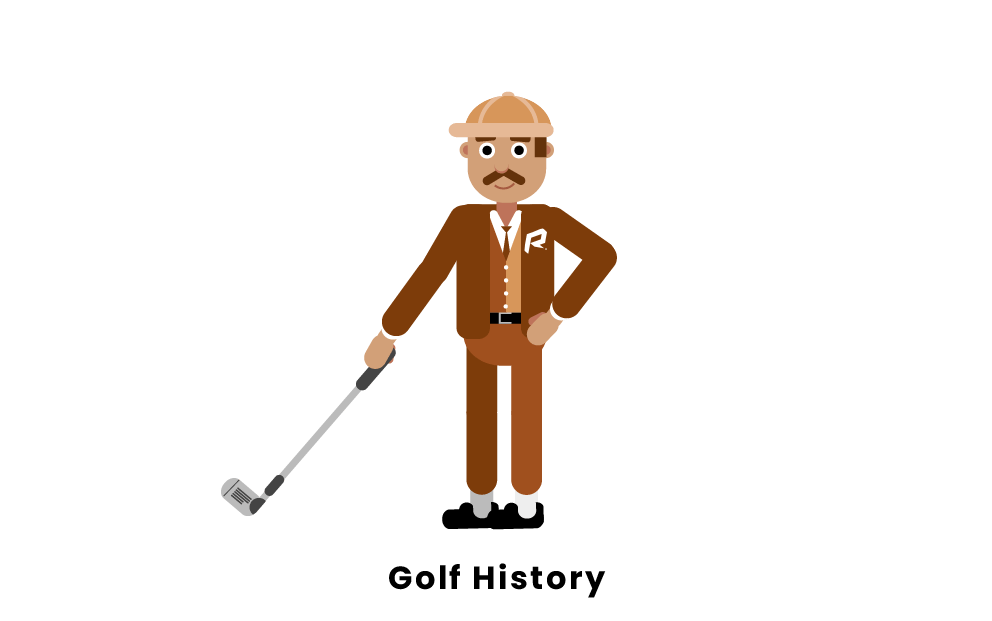 Golf is a sport with a rich and longstanding history that has since grown to become one of the most popular sports worldwide. Keep reading to learn about golf’s origins and history.

One of the first versions of golf is known to have started as early as the 1200s in the Netherlands. This early concept of golf continued up until the 1400s, even reaching the newly settled shores of the United States during this time period. The modern version of the game is known to have started in Scotland during the 15th century. Many of the world's oldest recognized courses are also spread across the United Kingdom, along with some of the most famous courses like St. Andrews Golf Club in Scotland. St. Andrews was the location of the first 18-hole round of golf to be played in 1754, and tournaments are still played here to this day. The game has proliferated since this point but will forever stem from Europe.

There is no sole credited inventor of the game of golf, as its history spans back so far. Many countries and empires have been considered the inventors before the Scottish created the modern game, including early origins in the Roman Empire, early Chinese empires, and the Dutch. The game grew out of the late 16th century into what it has become today, with much of the modern advancements taking place in Scotland. The country’s royalty was heavily involved in the game, including the likes of Mary Queen of Scots and King James VI. The earliest recognized inventors of the rules of the modern game of golf are from the Honorable Company of Edinburgh Golfers, who published these rules in 1744.

When was Golf Established?

The sport of golf dates its origin back to the early 1200s. The modern game growing out of Scotland started in the 1500s. However, the game was more "officially" established in the mid-1750s when the first 18-hole round was played and the rules were published. The game grew and was played more regularly in its modern form, with the first British Open Championship being played in 1860. This was the first fully established tournament in the game, which has undoubtedly grown from that point into tournaments played globally year-round at all different levels of the sport.

When did Golf Become Popular?

Golf has been a popular game since the beginning of its time being played, especially in Europe. It was originally more of a sport for the social elites, although over time it has grown into a game played by everyone. It began to become widely popular around the turn of the 20th century when many of the oldest tournaments in the sport were created. The US Open and US Amateur were widely contested tournaments in the early years and brought enthusiasm to the game that had not been seen before in the United States. Even more popularity surrounded the game after the creation of the Ryder Cup in 1921, pitting the US against Europe in a battle of golf that sparked fierce rivalries amongst players and spectators alike.

Golf was first included in the Summer Olympics at the 1900 Games in Paris, France. Unlike many other sports at the time, the 1900 Olympics featured not only a men’s competition, but also a women’s competition. In 1904, only an individual and team event were held, both being men’s competitions. After 1904, golf was absent in the Summer Olympic program but made a return over 100 years later at the 2016 Rio Games, which featured men’s and women’s individual events. Olympic golf is played in a four-day stroke play format, with the lowest three scores after four days winning medals.

Pages Related to History Of Golf