History Of The British Open 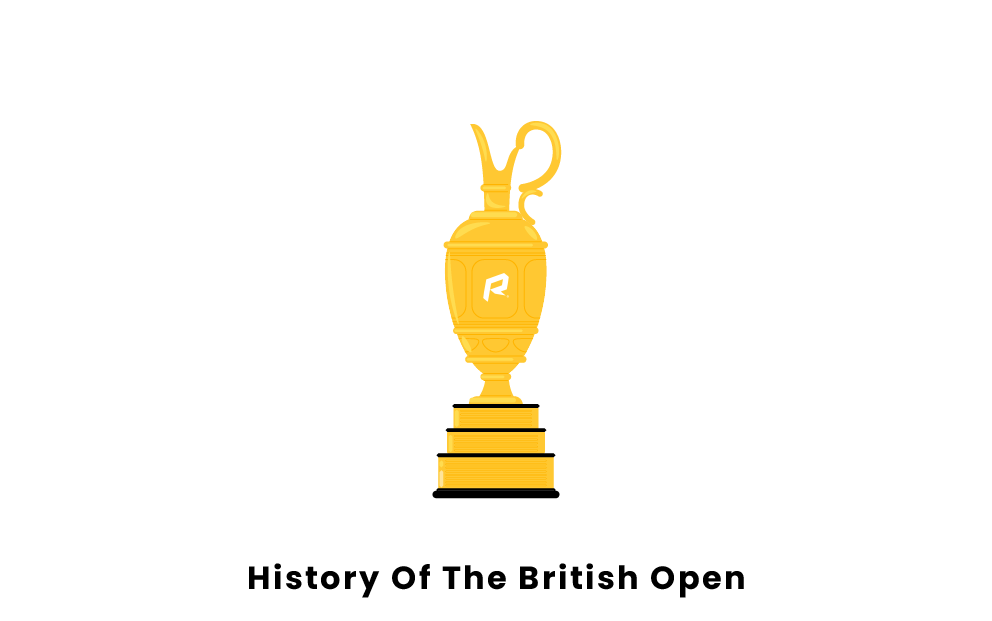 While there are dozens of golf tournaments every year, four of them stand out amongst the rest. Known as The Majors, these tournaments attract the most audience attention and are the most coveted by players. One such tournament is the British Open, the oldest and perhaps most prestigious major golf tournament. Discussed below are its rich history and various key facts.

Start of the British Open

The first British Open took place on October 17th, 1860, at the Prestwick Golf Club in Ayrshire, Scotland. Over one hundred and sixty-two years later, it is the oldest golf tournament in the world. James Ogilvie Fairlie started the event to determine who would succeed recently deceased Allan Robertson, colloquially known as the “Champion Golfer.” Today, the winner of the tournament is appropriately named “The Champion Golfer of the Year.” Golf clubs from across the region sent their best players to compete in the tournament, and the winner received a red leather belt known as the “Challenge Belt.” Willie Park Sr. was the first British Open champion, winning the tournament by two strokes.

While the first tournament was only for professional golfers, the 1861 tournament was for both amateurs and professionals. Ten professionals and eight amateurs competed, with Old Tom Morris claiming his first of many Open Championships by four strokes. While the belt was the only initial prize, a cash prize was added in 1864. The most recent winner of the British Open received $2.5 million, with millions more being handed out to the non-winners.

Evolution of the British Open

Initially, due to the limited ability to travel in the 1860s, the British Open only included golfers from the Great Britain region. Word eventually spread across Europe, and by the late nineteenth century, over one hundred competitors from different nations were competing. In 1907, Arnold Massey of France became the first non-British golfer to claim victory. At the 2022 tournament, the 156-player field consisted of golfers from 32 different countries.

As for the course that the Open is played on, the original Prestwick Golf Club course played host to the tournament every year until 1871. Starting in 1872, an agreement was reached to rotate the host between select golf clubs deemed worthy of hosting the tournament. The original rotation included Prestwick, The Royal and Ancient Golf Club at St. Andrews, and the Honourable Company of Edinburgh Golfers at Muirfield. Today, the rotation has been expanded to include those three venues plus eleven others across England and Scotland.

For reasons ranging from a trophy manufacturing mishap in 1871 to World Wars I and II, the British Open has been canceled on multiple occasions. Most recently, the tournament was canceled in 2020 in response to the COVID-19 pandemic. Even though the tournament was informally held for the first time in 1860, these cancellations have added up to over ten championships not held. As a result, the 150th British Open was held in 2022.

The original British Open trophy was just a red leather belt, but after 1871, the three golf clubs who had earned the right to be included in the host rotation put in 10 pounds (about US $438 in today’s money) to purchase a new trophy. The new trophy was a silver claret jug and was known as the Golf Champion trophy, although today it is simply referred to as the Claret Jug. The winner of the tournament every year has had their name engraved on the trophy, with Old Tom Morris’s son, Young Tom Morris, being the first name engraved in 1872. This tradition is still continued today, and 2022 winner Cameron Smith had his name engraved on the same trophy as Young Tom Morris 150 years later.

Below are some of the important dates in the history of the British Open.

When was the first British Open?

The first British Open was held in 1860 at the Prestwick Golf Club in Scotland. The tournament field was made up of the best golfers from local golf clubs in Scotland. Willie Park Sr. won the first tournament, finishing two strokes ahead of second-place finisher Old Tom Morris. For winning, Park Sr. received a red leather belt, known as the “Challenge Belt,” which he had to bring back the next year so that the next year’s winner could be given it.

Who was the First American to Win the British Open?

The first American to win the British Open was Walter Hagen in 1922. Technically, 1921 winner Jack Hutchinson was an American citizen, although he was a naturalized citizen born in Scotland. Thus, Hagen was the first man who was actually born in the United States to win the tournament. Since then, an American has won the tournament on 46 occasions, including three each for all-time greats Jack Nicklaus and Tiger Woods. This is the most wins from any non-British player.

Why do they call it the British Open?

Pages Related to History Of The British Open