Has A Golfer Ever Won All The Majors In The Year? 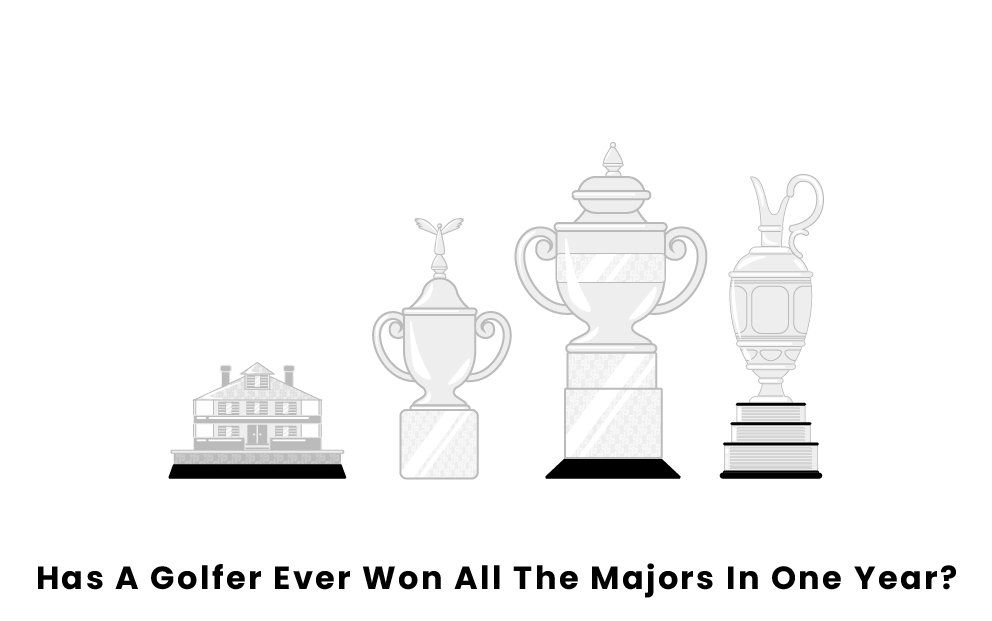 Only two men in the history of professional golf have ever won three of the four major tournaments. The first to do so was Ben Hogan in 1953 when he won The Masters, The U.S. Open, and the British Open. There are two extraordinary things about Hogan’s famous “Triple Crown.” Firstly, he was still recovering from a horrific car accident from a few years prior, and as a result, he only played in six of the tour's tournaments the entire year. Outside of the three majors he competed in, he won two of the other three tournaments, taking five out of six for the year. The second incredible thing is that he might well have been able to pull off the “Grand Slam” if not for some odd scheduling. The PGA Championship overlapped with the British Open by two days, and therefore he was unable to even attempt the “Grand Slam.” Considering how well he played that year, it is a shame he did not get the chance to try and set this record.

The second man to accomplish the feat of winning three majors in a year was Tiger Woods. He managed it in 2000 when he was playing some of the best golf ever seen. Tiger won the U.S. Open, British Open, and PGA Championship in the Summer of 2000 by setting records for strokes under par and margin of victory at all three courses. He first won the U.S. Open by 15 strokes before winning the British Open, finishing 19 under, and then he won the PGA Championship with a record 18 under total. While he finished 5th in the Masters in the Spring of 2000, he did win 2001’s first major tournament earning the Green Jacket and becoming the first player to ever hold four professional major championship titles simultaneously.

Four women have won three of the four majors in the same year, starting with Babe Didrikson Zaharias in 1950, then Mickey Wright in 1961, Pat Bradley in 1986, and finally, Inbee Park in 2013 was the last woman to accomplish the feat. Babe Didrikson Zaharias technically won the Grand Slam in the eyes of the LPGA because in their first year of existence in 1950, they only played three majors, and she won them all. The LPGA used the Titleholders Championship, LPGA Championship, and U.S. Women’s Open as the first three majors played until 1961, when the Western Women’s Open was added. That year, Mickey Wright only failed to win the Western Women’s Open. By 2013, the LPGA counted five tournaments as majors, and Inbee Park won three of them, the ANA Inspiration, U.S. Women's Open, and Women's PGA Championship, but failed to pick up a fourth major that year.

Pages Related to Has A Golfer Ever Won All The Majors In The Year?