Scramble and best ball are two different formats used in recreational golf matches. These formats are not used in professional play, but are commonly used recreationally and at international tournaments, including the Ryder Cup and President’s Cup.

A scramble is when a team picks the best shot, and then each person plays from there. Best ball is when each team member plays their own ball for the entire hole, and the best score is used.

Golf is usually an individual sport, but if you are playing with a group and want to turn it into a team game, playing either best ball or scramble formats are entertaining ways to do so. These formats turn golf into a team game that can make your day on the course more fun and competitive.

What is Scramble in Golf? 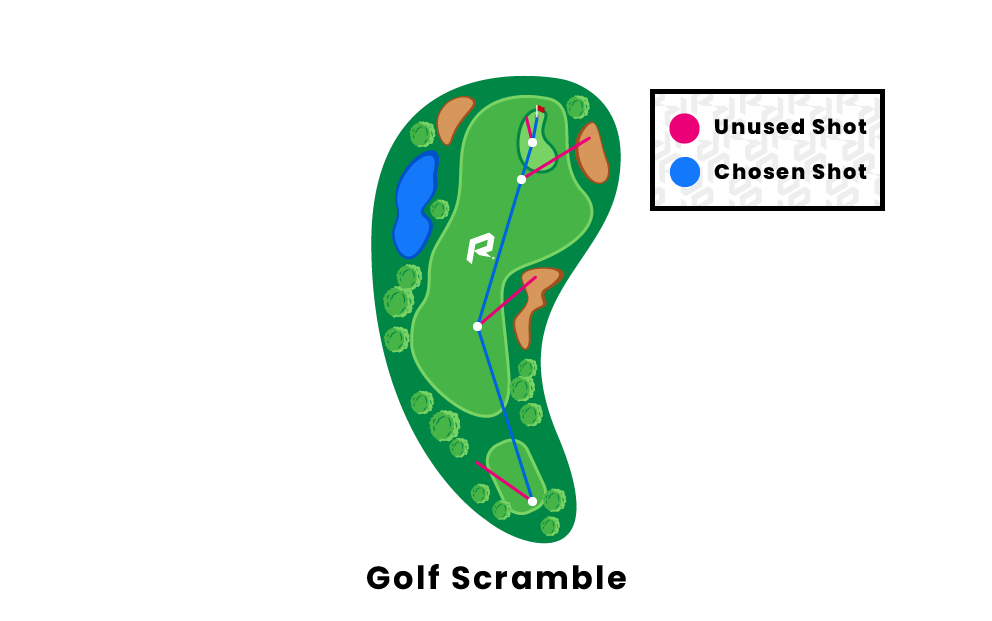 In golf, a scramble is a format played by teams that is designed to make the game more fun and a bit easier. This can be played by teams of two or more, depending on how many golfers are in the group. A scramble format is started with each player hitting their own tee shots; then for every following shot, each team member plays from whichever ball they decide is the best. This continues for every shot in the round.

This format is used when players are trying to have a casual round that is more fun than serious. It is also a good way for beginners to learn the game and play for fun.

Example: A team of two is playing a scramble; they both hit their tee shots and decide which shot was better. For their next shot, both play from the same spot they chose as the better shot. After their next shots from that spot, they again choose the better shot and continue this format until the hole is over. The team will have one combined score for the hole.

Benefits of a Scramble

What is Best Ball in Golf? 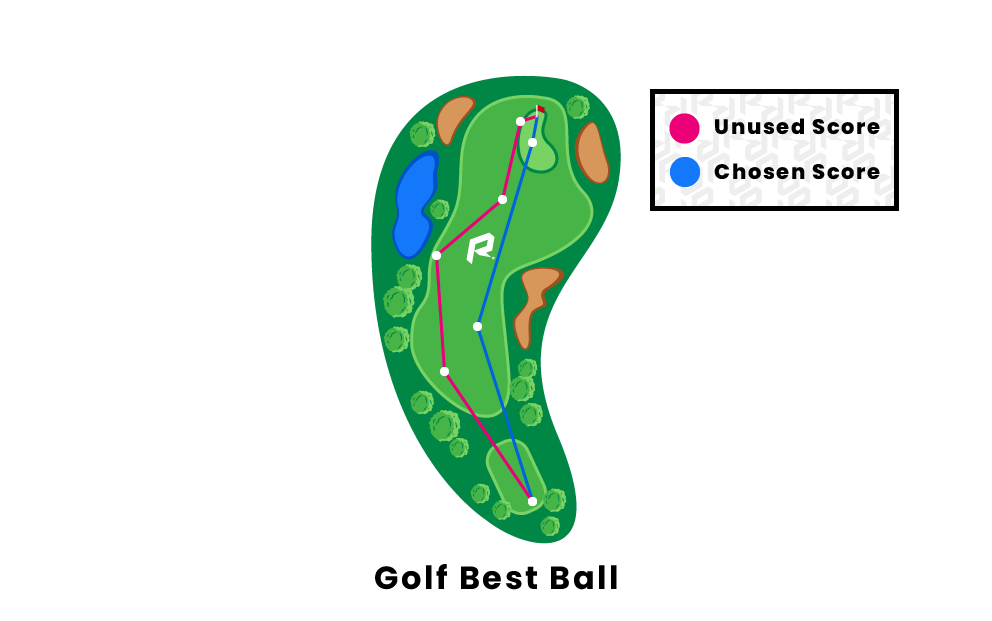 A best ball format, also known as “four-ball” and “better ball,” is another way to turn golf into a team game. Best ball is similar to a scramble, but the difference is the golfers play their own balls from where they lie for the entire hole. Teams can have two or more golfers and this format is typically played by more experienced golfers. Each player will play their ball for the entire hole, then the team will record the lowest score between the two golfers. There is no minimum or maximum number of times a team member’s score can be used in the round.

This format is used when a group wants to play in a team format, but also wants to keep track of their own scores for the round. This is a good way to combine the individual game of golf with a team format to create a fun and competitive environment on the course.

Best ball is used in major international tournaments such as the President’s Cup and the Ryder Cup. In these tournaments, the term used to describe the format is “four-ball.”

Example: A team is playing best ball; they both tee-off and move to where their respective balls landed. Each golfer continues to play their original ball, keeping separate scores. Both golfers play until they successfully put the ball in the hole. However, only the lowest score between the team members is recorded.

What is the difference between best ball and scramble?

The difference between best ball and a scramble is what ball you play and how scores are recorded. In best ball, you play your own ball the entirety of the hole, and the player with the best score on the hole is recorded as the team’s score for that hole. In a scramble, you play from the ball of your teammate who had the best shot throughout the hole. Everyone gets to shoot a ball, and the team’s next shot will always be played from the location of the ball in the best position. The score that is recorded is the number of strokes the team (one shot from each location) has taken to get into the hole.

How many people can you play a scramble with?

You can play a scramble with as many players as you want, but the limit for one team is four players. Golf scrambles are usually played with either two or four players on each team. There can be unlimited teams playing in a scramble competition.

Is scramble a faster game than best ball?

Yes, playing a scramble results in a faster round than playing best ball. This is because players do not have to drive to their own ball and wait for less-skilled golfers to get to the green. In best ball, golfers must play their own balls for the entire hole and keep individual scores as each round progresses.