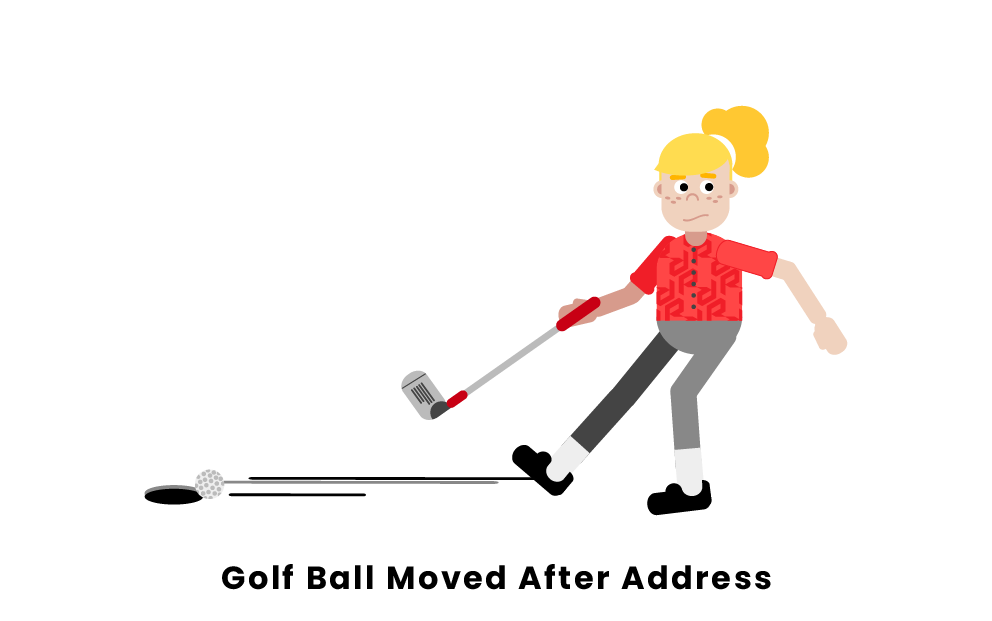 In the game of golf, one of the key rules that players abide by is to “play the ball as it lies.” By this rule, golf players must play their ball wherever it lands, even if it initially landed in a different spot and was somehow moved from that spot, such as by wind or other natural forces. If a player moves their ball after it has been addressed by placing their club behind it, they are considered to have made their ball move illegally and receive a penalty.

In golf, there are various rules governing the movement of the ball when it is on the course. A fundamental rule of golf is that players must allow the ball to lie wherever it lands upon the course after a stroke. Even if the ball lands in one place and is later moved by natural forces to another spot, it must be played from that new spot. Any deliberate or accidental movement of the ball from its spot by its player is considered illegal under USGA Rules and is subject to a penalty. The only scenarios in which it is legal for a player to move their ball deliberately is if the ball was improperly moved by outside forces that are not covered by the rules, requiring the ball to be replaced, or if the ball is in the way of another player’s ball.

One specific type of illegal movement of the golf ball occurs at the address of the ball. In golf, addressing the ball is when a player has placed the head of their club behind the ball in preparation for a stroke, having completed their practice swings or any other required measurements. If a player addresses their ball and then somehow causes it to move, either by accidentally tapping it or causing it to roll away from its spot, the player will be considered to have illegally moved their ball and will be given a penalty.

What does it mean when a ball moves after it is addressed in golf?

In golf, the ball moves after it is addressed whenever some force or action causes it to move after a player has placed the club’s head behind it and set up their stroke. If a ball is moved before a player sets up their stroke, it is not considered to have moved during address because addressing the ball only occurs when a player readies for their stroke.

What is the penalty for your ball moving after it has been addressed in golf?

If a player moves their golf ball, deliberately or accidentally, after addressing the ball, they are considered to have moved it illegally. In golf, the consequence for illegally moving a ball is a one-stroke penalty, which is highly undesirable and will raise your score. This means that the player is moved one stroke closer to or past par. For example, if a player is playing a par-three hole and has already made two strokes, moving the ball after addressing it will count as their par stroke. After receiving the penalty, the player goes on to complete their stroke for bogey.

What is considered addressing the ball?

In golf, addressing the ball occurs whenever a player places the head of their club behind the ball to set up their stroke. Before addressing their ball, a player may judge the distance between their ball and the green by measurement, engage in practice swings, or perform any other preparations valid under the rules of golf. However, once the player stands beside their ball and places their club behind it, they are considered to have officially addressed the ball, and any movement of the ball caused after doing so (unless part of the stroke itself) will be considered an illegal movement of the ball, and incur a one-stroke penalty.