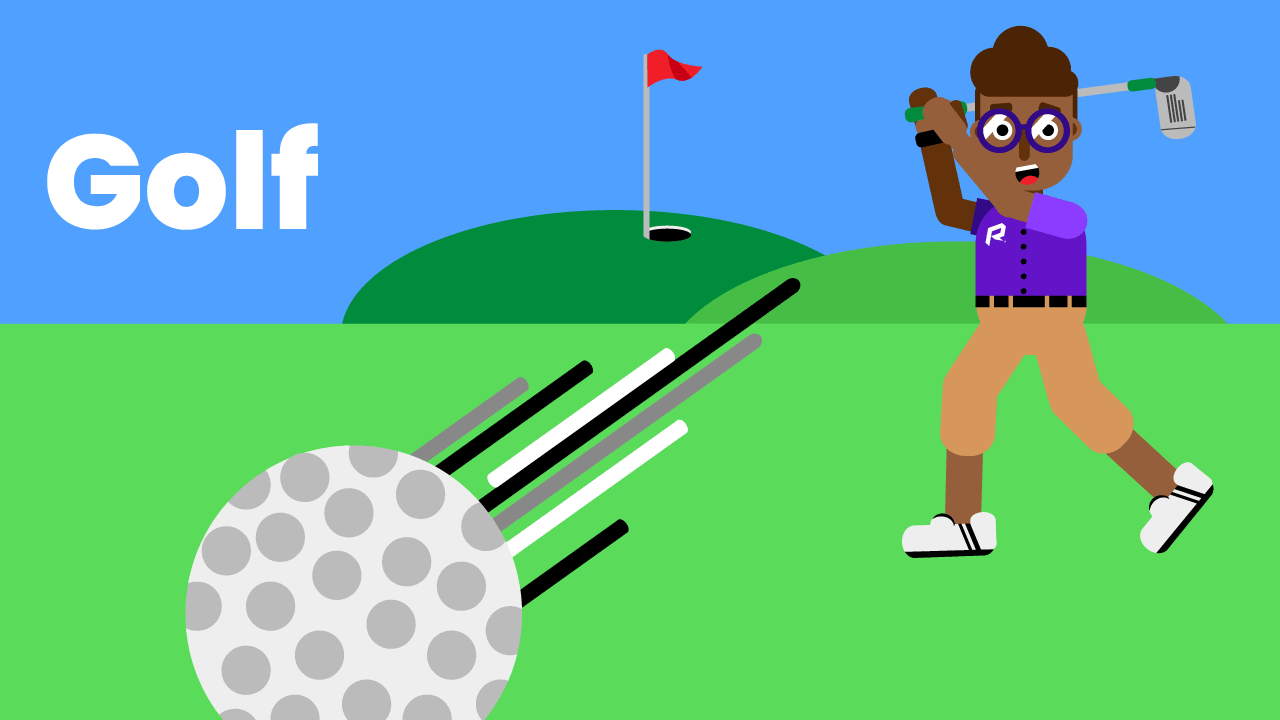 Golf was first played around the 15th century and then popularized in the 20th century in The Netherlands and in Scotland. Early on, golf was only played by the royalty of these countries, but as time went on golf started gaining popularity around the world. Some people play golf professionally whereas most other people play golf as a hobby or just to relax.

The objective of golf is to get the ball in the hole in as few strokes as possible. Always remember to keep track of your scores on a note card as you will need to tally up your score once you are done playing.

The first step to playing golf is making sure you have a set of golf clubs. A regulation set of golf clubs consists of a driver, a three wood, a five wood, 4, 5, 6, 7, 8, and 9 irons and lastly a putter and pitching wedge. It also helps to have a glove to wear to improve your grip on the club and to not get any blisters on your hands. Once you get to the course, you will tee off at the first hole.

Before teeing off, make sure to know where the hole is located. Courses will have signs at the beginning of each hole to tell you how many yards away the hole is. Make sure to also keep in mind the par for the hole. The lower the par the closer the hole is to you. For example, if the hole is a par three then you know the hole will be closer and you may not need to use a driver to tee off. If the hole is a par five it might be a good idea to use a driver to tee off to reach it. There are different scores (and names) for each hole that you complete. Dig the tee into the ground and gently lay the ball on top of the tee and you are all set to tee off.