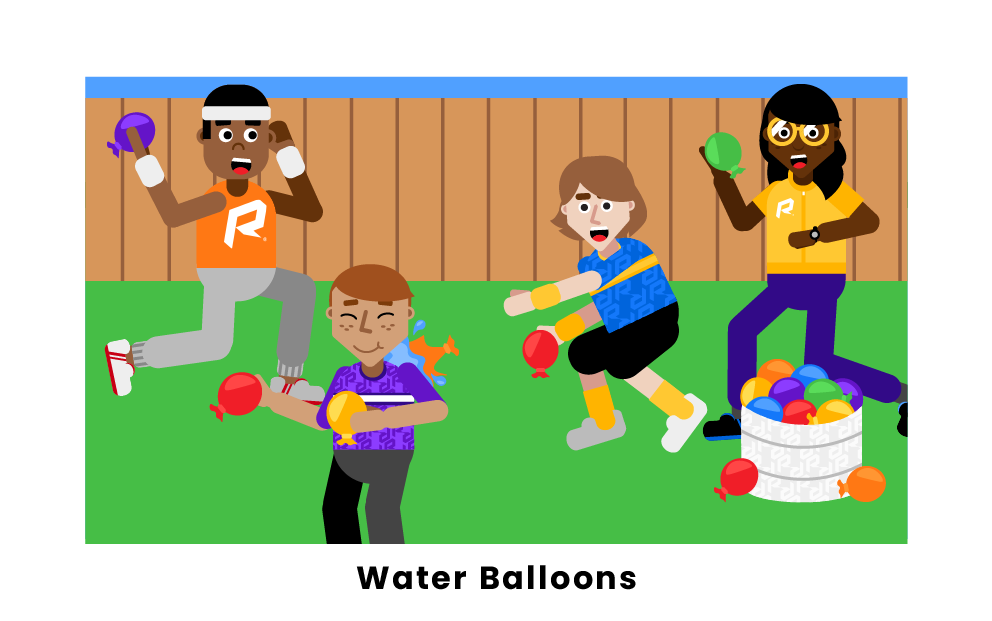 As the game continues, the distance between the players increases and the toss becomes more challenging.

During a water balloon fight, the rules are similar to dodgeball.

Each player has a set amount of balloons to begin the game.

The players throw the balloons at each other in an attempt to get the others out of the game.