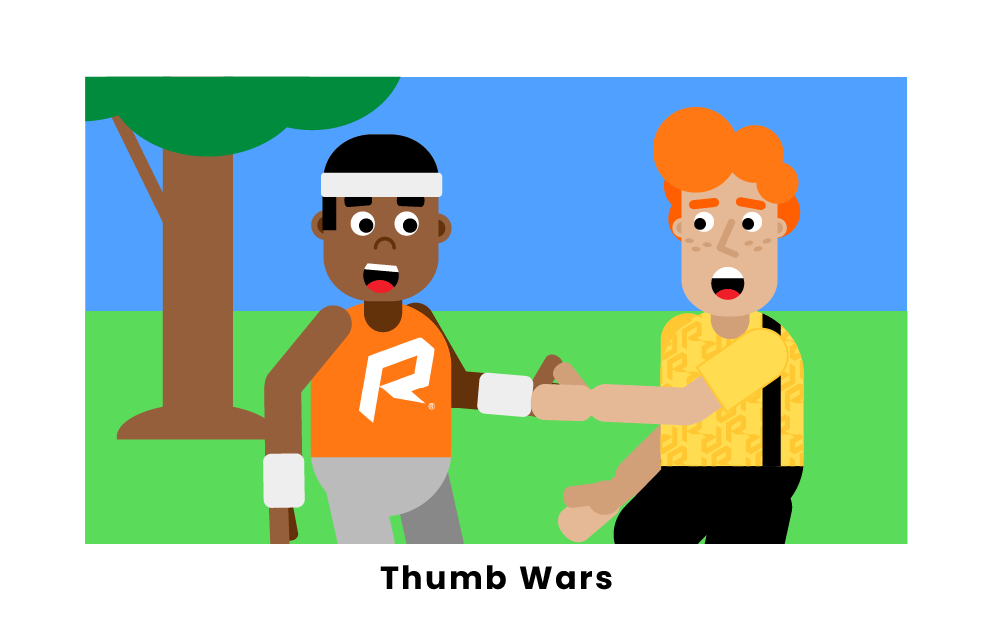 Thumb Wars are played between two people, but multiple people can play together if they switch up partners.

In order to have a thumb war, two players first agree to thumb wrestle.

To play, the two players stand facing each other and raise their right or left hands.

The players clasp their hands by hooking their four main fingers together so that their thumbs are sticking up and facing each other.

Then, the two players both say the following chant: “One, two, three, four, I declare a thumb-o-war!”

Once the chant is completed, the players have 60 seconds to try and pin down the other player’s thumb with their thumb.

No using any other fingers or hands!

If a person pins down their opponent’s thumb, the opponent often has a certain amount of time to escape.

Sometimes, this can be to a count of three.

Another common way to secure victory is for the pinning player to chant: “One, two, three, four, I win the thumb-o-war!”

Players can agree to judge the winner themselves or have someone else serve as a referee.

If a player manages to pin their opponent’s thumb in 60 seconds, they win!

If no one wins in 60 seconds, two more rounds may be played to determine a winner.

Players can change these rules however they see fit, so long as everyone agrees!