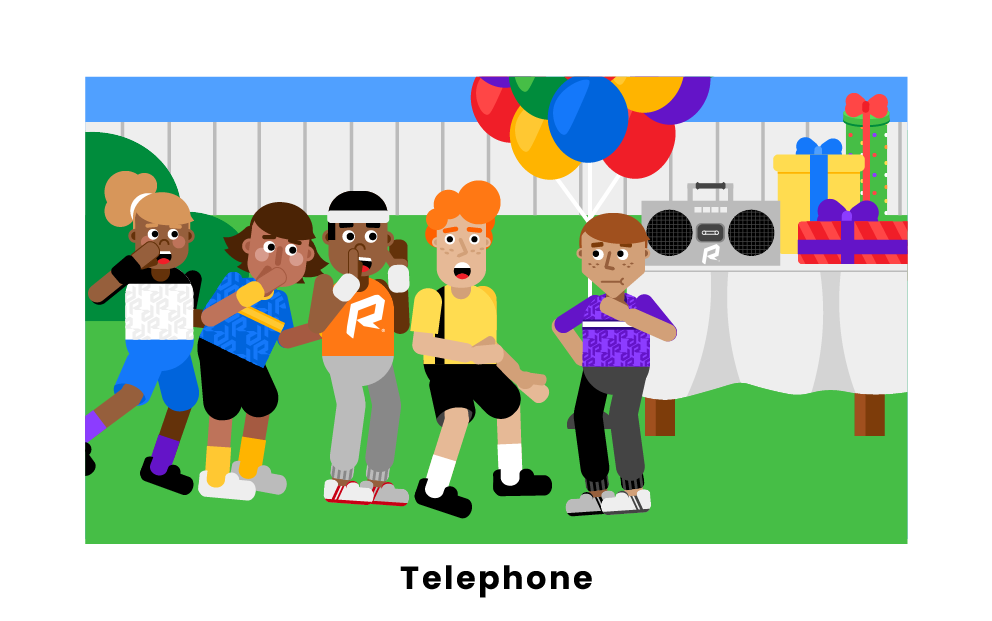 Telephone is a game that must be played with at least three players, but it is better with a lot of people.

To begin, players sit or stand in either a circle or a straight line.

When sitting down, make sure that each person is close enough to whisper to the people next to them but far enough away that they won’t hear other players whispering.

Next, decide who will be the first person to speak.

Then, the speaker thinks up a phrase to whisper to the next person in line.

The phrase can be anything you want, but don’t make it too inappropriate or easy!

The speaker whispers the phrase into the ear of the next player.

Each player can only whisper the phrase once, so listen carefully!

Try to say the exact phrase that you hear from the player before you to the player after you.

When the last person in the circle or line hears the phrase, they must say it aloud, so the players can hear how much the phrase has changed.

Most of the time, depending on who was listening, the phrase will be very different at the end!

Players can try to keep the phrase as close as possible if they want to, or let it change.

Telephone is a great game to learn how to listen well and communicate.