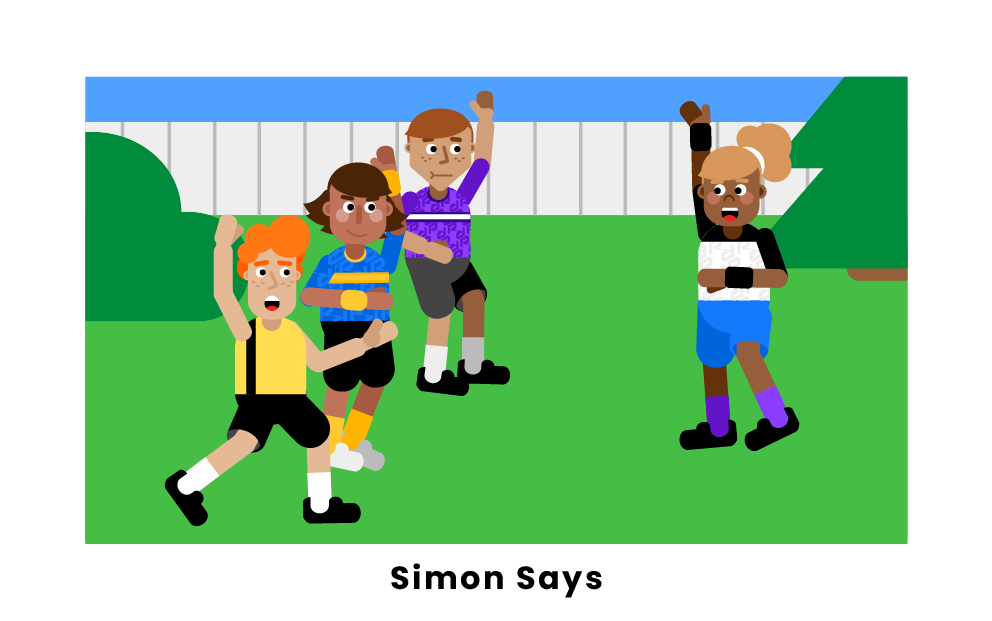 To begin, choose one person to be “Simon.”

“Simon” stands facing the other players, who must line up so that they can all be seen by whoever is “Simon.”

“Simon” can ask the players to do various things, such as touching their nose, hopping, shaking like a leaf, or anything else they can think of.

“Simon” continues to give commands like this, as slowly or quickly as they want.

However, if “Simon” gives a command without first saying, “Simon says,” the other players must not obey.

If a player does a command that does not begin with “Simon says,” they are out of the game.

The goal of the game is for “Simon” to try and trick the other players into doing commands they shouldn’t do.

The other players must try to stay in the game as long as possible.

Whoever is the last player to remain without going out of the game wins, and they become the next “Simon.”