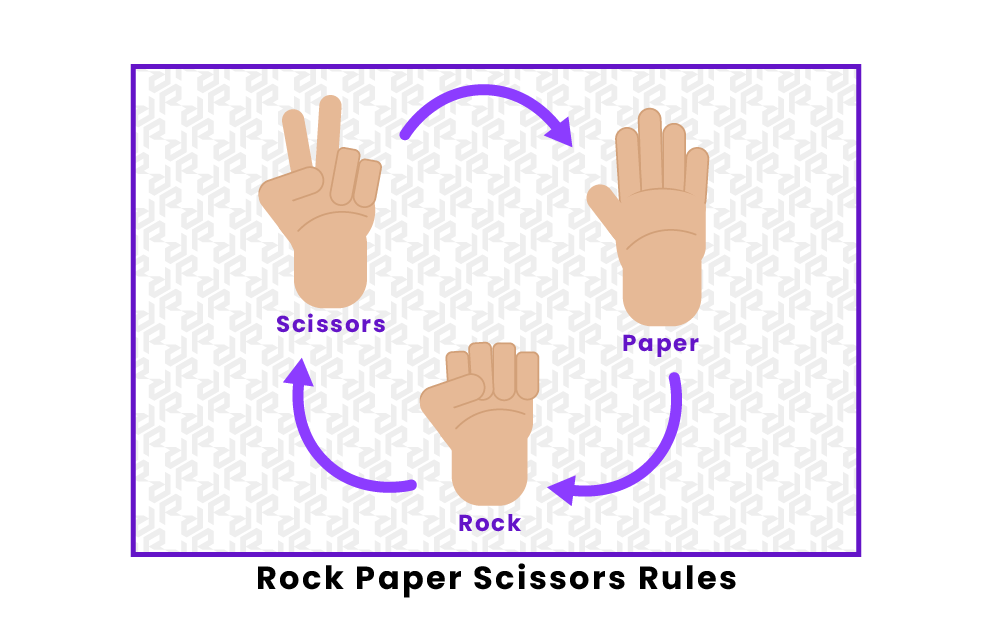 Rock Paper Scissors can be played between two or more people.

To begin, choose your opponent and stand or sit across from them.

Both players close one hand into a fist and shake it while counting down.

On “Shoot,” everyone makes one of the three different hand signals.

To make a rock, close your hand into a fist.

To make paper, hold your hand out flat, with your palm facing downward.

To make scissors, hold out your first two fingers in a V-shape.

In Rock Paper Scissors, rock beats scissors by crushing them.

Scissors beat paper by cutting the paper in two.

Players can play one game, best out of three games, or as many games as they want!