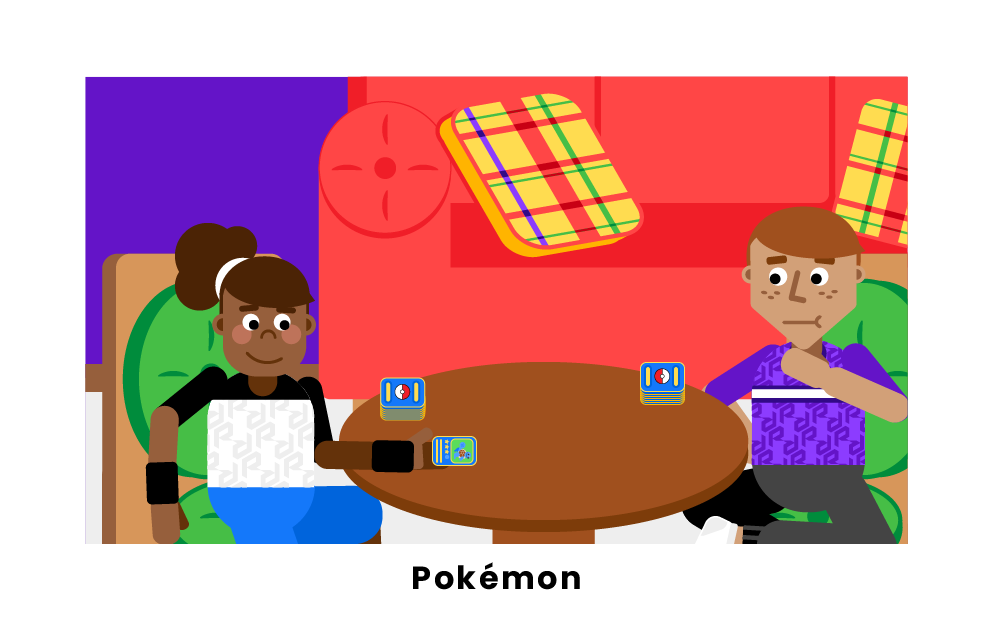 There is a deck of cards that players will choose seven cards from.

The player will set aside the first six cards they select from the deck.

Players will flip a coin to see who plays first.

Each turn, the player will select a card from the top of the deck.

A player can have an active Pokémon card on the table throughout the game.

An active Pokémon card is a card of a basic pokemon selected at the beginning of the game.

The active Pokémon card is the main card that attacks and receives damage from the opponent.

Once a player draws a card, they can decide to attack the opponent's Pokémon with the attack shown on the card chosen by the player.

Once the player attacks the opponent, their turn is over.

When a player wins against their opponent in a round, they can pick up one of the cards they set aside.

A player can win by eliminating six of their opponents cards, defeating a player's active Pokémon, or having the opponent run out of cards in their deck.