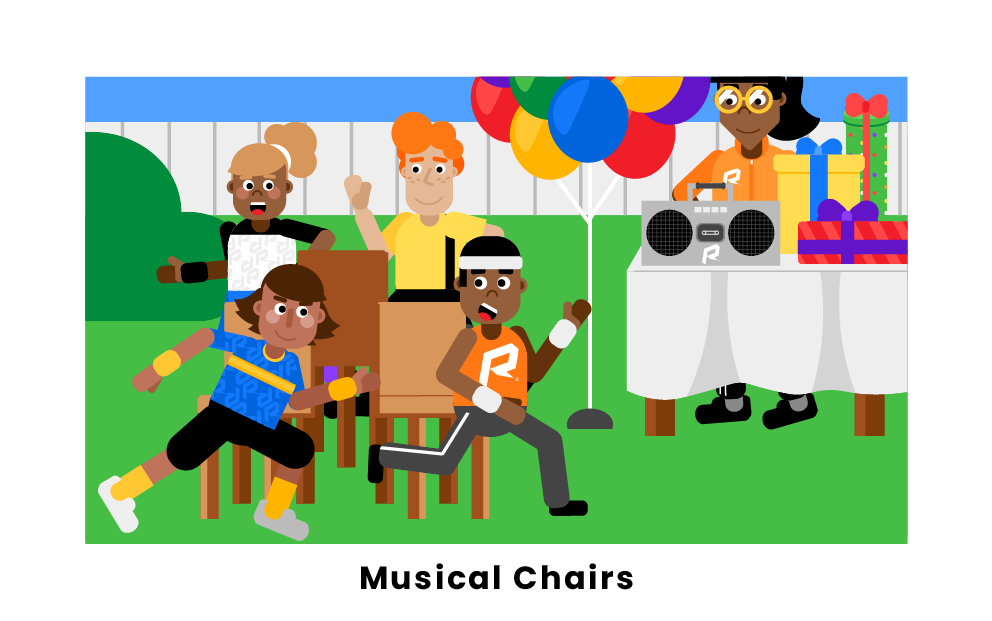 Musical chairs can be played with as few as four people, but more people make the game more fun.

The game is set up with chairs placed in a circle.

If ten people are playing, there needs to be nine chairs set up in the middle, so one less than the total number of players.

One person outside of the game must be in charge of the music. This person controls when the music starts and stops during the game.

Once the music starts to play, the players walk around the outside of the chairs at whatever speed they want.

When the music suddenly stops, players must immediately sit down in any chair close to them.

The one person who is left standing is out of the game and sits aside.

You must remove another chair before playing again.

When there are only two players left, the person to sit in the last chair wins the game.