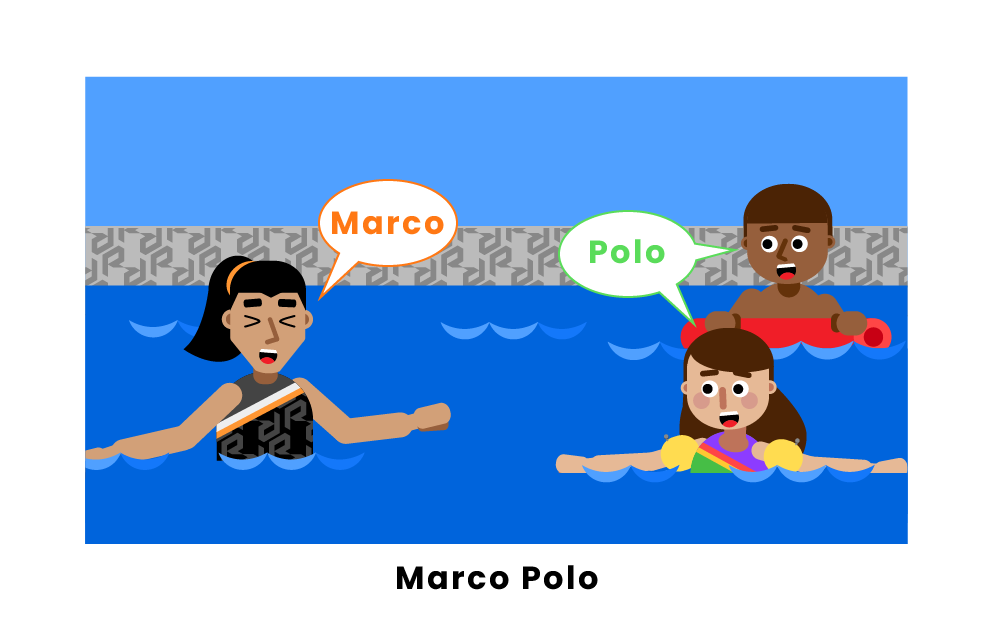 The game “Marco Polo” is named after an Italian explorer who traveled to Asia in the Thirteenth Century.

To play Marco Polo, you only need two things: a group of people and a swimming pool.

To begin, gather all the players in the pool.

Next, choose one player to be “It.”

The person who is “It” goes to one end of the pool and closes their eyes.

Everyone else goes to the other side of the pool.

Some forms of Marco Polo require all players to be in the pool at all times, but others allow the non-“It” players to be outside the pool, so long as they have one body part, such as a hand or foot, in the water.

When the person who is “It” shouts, “Marco!” everyone else shouts back, “Polo!”

Keeping their eyes closed, the person who is “It” must try to catch one of the other players by shouting, “Marco!” as many times as they want and using the sound of the others’ voices to find them.

Other players can move out of the way, but they must shout, “Polo!” every time “It” says, “Marco!”

When the person who is “It!” catches another player, that player becomes “It,” and the game starts again.

Another form of Marco Polo allows players to try to escape the pool once, but if the person who is “It” suspects that they have left the pool, they can shout, “Fish out of water!”

If someone is caught being a fish out of water, they become “It.”