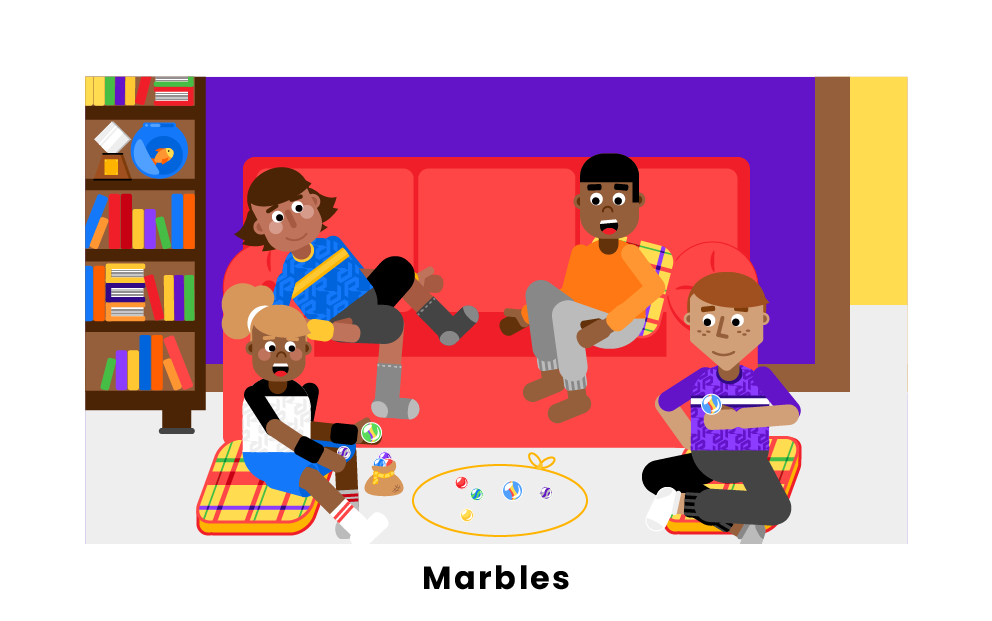 Kids three years and older can play this game.

You start the game by making a circle with a string that is between three and ten feet across.

You can even use chalk on the sidewalk when playing outside to draw a circle!

Next, you need 13 small marbles.

Depending on the number of players, you will need the same amount of shooter marbles.

Shooter marbles are marbles that are usually slightly bigger than the other 13.

Then, set up the 13 marbles in a plus sign, in a circle, or randomly in the middle of the circle.

Take turns shooting the marbles with your shooter marble, trying to knock one or more marbles out of the circle.

Keep the marbles you hit out of the circle, and the player with the most marbles knocked out wins.