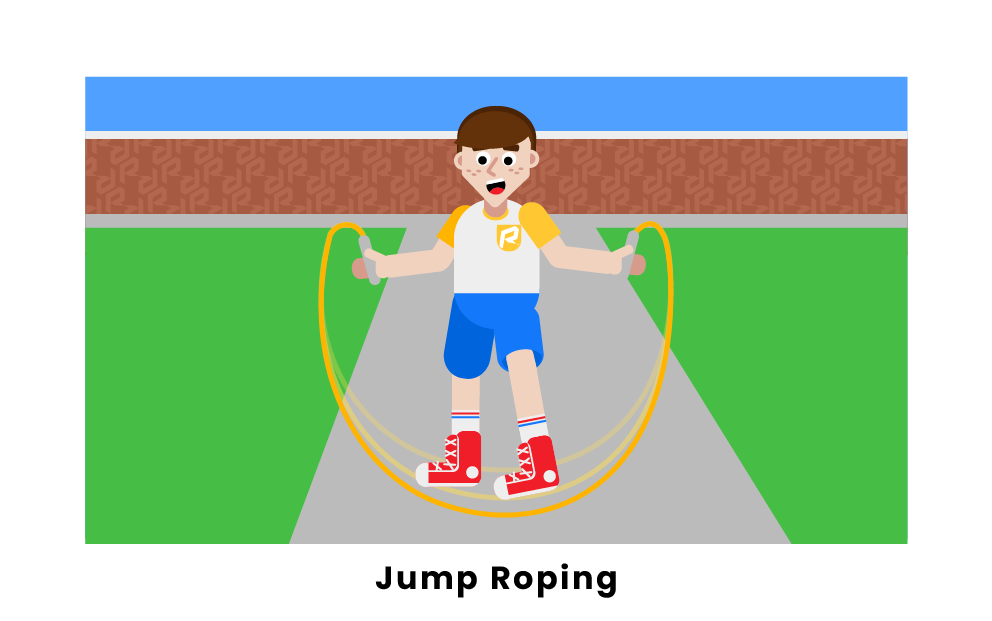 Before the game begins, players are divided into as many groups as needed, by skill level. This allows players of equal ability to compete, ensuring fair and fun play.

Each group receives a jump rope and designates two people to turn the rope during play.

The remaining players will form a line in front of the rope.

Each player will enter and exit the rope.

In the first round, players must run under the rope without it touching them.

In the second round, players must jump once before exiting.

After each round, the number of jumps will increase by one. So in round three, there are two jumps. In round four, there are three jumps, and so on.

After the player completes their turn, they must return to the back of the line.

If a player misses their turn, they must return to the back of the line to try again before they can advance to the next round and increase their jumps.

For more advanced gameplay, players can incorporate tricks in the higher rounds.

The player that is able to complete the most number of rounds, wins, with a separate winner declared for each group.