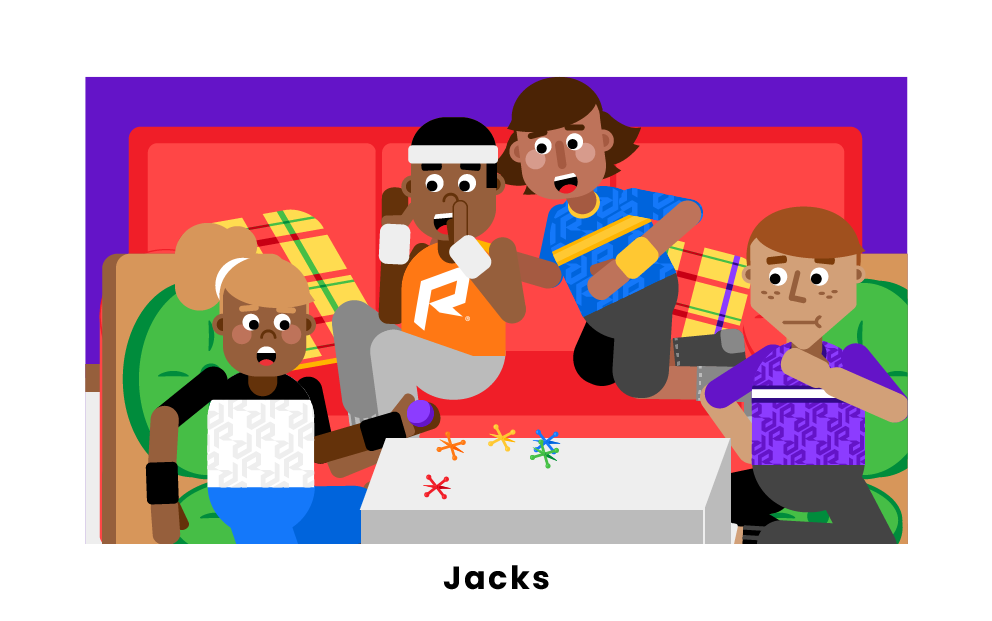 To play jacks, you need 10 plastic or metal jacks and a small rubber ball. You can play with any number of players!

Each person throws up 10 jacks with one hand, and the person who has the most land on the back of their two hands will start.

Start by scattering the jacks on a flat surface.

Once that’s done, toss the ball up with one hand, collect the jacks with the same hand, and then catch the ball again in the same hand after it has taken a single bounce.

If you mess up (picking up the wrong number of jacks, using the wrong hand, or not catching the ball) it becomes the next person's turn.

When the ball moves to the next person you must retoss the jacks.

The first person who gets to 10 jacks successfully wins!