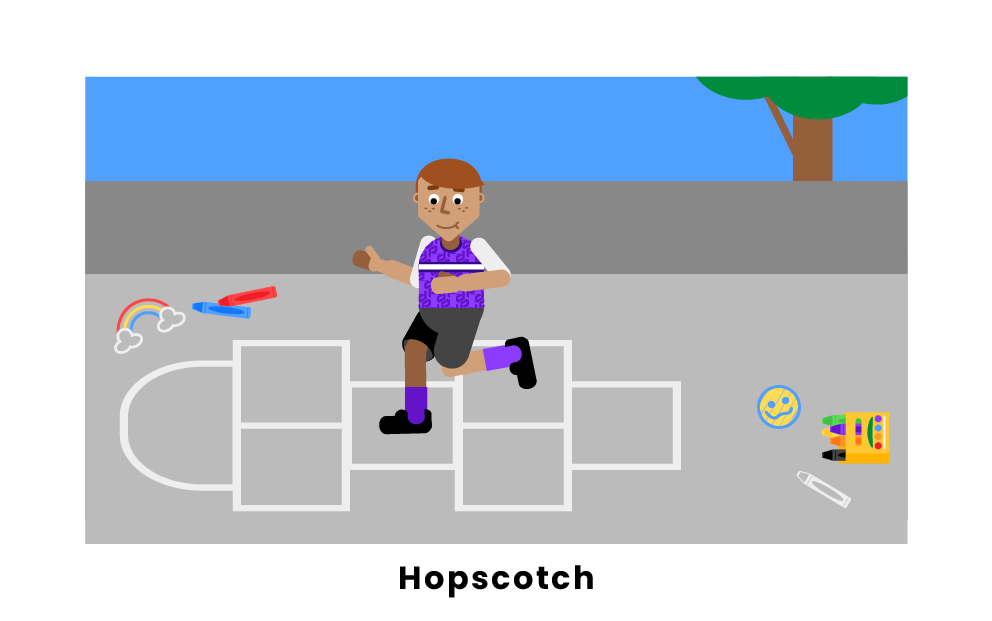 Hopscotch is a game where a player jumps into squares with only one foot allowed in each square.

It can be played with either one or multiple people.

The lines are drawn on the ground and can be drawn with chalk, tape, or painted onto the ground.

The game starts when a player tosses a rock, beanbag, or other item into the first square on the ground.

Once they toss the object, they hop into the first open square making sure not to jump into the square with the object in it.

They hop through the squares until they reach the end, where they turn around, hop back, and pick up the object before finishing their turn.

If a player falls out of the lines, then their turn is over, and they have to return to the back of the line.

Once the player completes this, then they wait for their turn again, where they will toss the object into the second square.

The game keeps going until the player has gotten through all ten squares.